The University of Canterbury (UC) student leader Erin Jackson says the launch of the subsidised dental scheme was one of the positive highlights of her two year term. 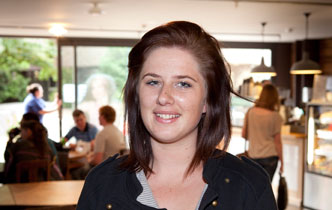 The University of Canterbury (UC) student leader Erin Jackson says the launch of the subsidised dental scheme was one of the positive highlights of her two year term which ends next week.

"This was a real highlight and a great example of the UCSA being able to respond to a growing need among the student body. Since we launched it in May this year, nearly 2000 students have benefitted from the scheme.

"Other highlights have included bringing the food and beverage back in-house to better help students, running the inaugural Anzac Day Memorial Service on campus and hosting three international artists for student gigs.

"We also help support 127 clubs on campus, and have engaged with over 100,000 students (cumulatively) this year alone.’’

But Jackson says it has been a challenging three years. UC has had its fair share of difficult times, as a result of the 2010 and 2011 earthquakes, and these have affected students and staff.

"But we are much like any other organisation in Canterbury in that regard. What has been incredible has been the resilience, tenacity and commitment that is demonstrated every day by the UC community. That’s what is special and what bodes particularly well for the future.

"The community at UC has always been particularly staunch even before the earthquakes. But, I think that what we will see moving forward is an opportunity to leverage innovation and creativity within our own campus and city.

"We have seen the efforts taken to really integrate what happens on campus with the rest of Christchurch. It is an amazing moment-in-time chance and Canterbury will be better off for it.

"Students will be stronger because of what has happened and the UC will always be associated with that resilience and tenacity.’’

Jackson and incoming UCSA president Sarah Platt spoke about their passion for UC and its students in a recent video interview. See here: http://youtu.be/q5JrUxUNy6o.

Platt says Christchurch is becoming a city of the future and which will entice more entrepreneurial, forward thinking type of student to UC in 2014 and beyond.

``UC and Christchurch are becoming a new and exciting place to live and study and along with the incredible student experience that UC has to offers is what will differentiate us from other universities.’’