UC research into heart disease is aimed at allowing clinicians to identify and detect the growth of stroke and heart disease plaques before they are large enough to rupture. 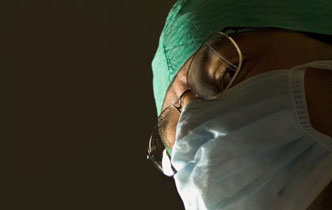 University of Canterbury research into heart disease is aimed at allowing clinicians in future to identify and detect the growth of stroke and heart disease plaques before they are large enough to rupture.

He is the principal investigator of the project, which is funded by Lottery Health and supports the research of masters student Shane Reeves.

"Heart disease and strokes are caused by the rupture of collections of blood cells inside the walls of arteries. The mass of white blood cells, called a plaque, balloons out into the artery slowing the flow of blood and raising the blood pressure.

"If the plaque ruptures, the exposed mass of pus causes the blood to clot. The clotted blood blocks the flow of blood in the artery which too often causes death from a heart attack or stroke.

"Work in our UC laboratory has suggested that the damaged cholesterol particles are not toxic but the white blood cells over react to specific antigens on the particles causing them to kill themselves.

"The research aims to identify the mechanism which causes the cells to die and the structure on the cholesterol particles which over stimulates the cells to the point of self-destruction,’’ Professor Gieseg says.

Cardiovascular disease - heart, stroke and blood vessel disease - is the leading cause of death in New Zealand, accounting for 40 per cent of deaths annually.

The Heart Foundation says every 90 minutes a New Zealander dies from coronary heart disease. Many of these deaths are premature and preventable.