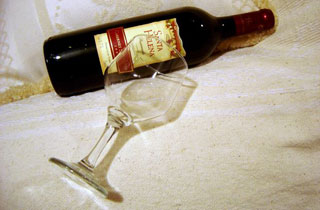 "If we can get these numbers down then more children will have the chance of living a positive, less afflicted life. Parental alcohol misuse has been widely documented to impact on children’s health, including increasing the likelihood of developing mental health problems.

"They could also engage in violent and delinquent behaviour; be physically abused; perform poorly in school; abuse alcohol or drugs themselves; and experiencing depression in adulthood.

"Harmful alcohol consumption is a public health priority for all New Zealanders. Few effective preventative measures are currently being delivered, even to those who are more vulnerable including Pacific peoples.

"Another notable finding in the study was that while the majority of mums or dads who were drinking to harmful levels continued to drink to harmful levels, a significant number were found to engage in intermittent harmful drinking over the years investigated. This has important health promotion implications in terms of identification and engagement with parents and associated interventions.’’

Professor Schluter said harmful drinking had important individual, family and society implications that rippled through generations. He said more emphasis should be placed on targeting and addressing parents’ alcohol misuse, particularly in the antenatal or postnatal periods.

Despite the growth and employment opportunities in New Zealand, Pacific people were more likely to be living in poor circumstances with restricted access to higher education, home ownership and functional amenities such as cars.

Such statistics had significant consequences for Pacific families given that socio-economic disadvantage has been consistently linked with negative health outcomes, he said.

"There is a growing recognition that issues which have a significant impact on Pacific people’s lives need to be understood for appropriate intervention, of which alcohol stands out. Pacific island people are largely being ignored in many health promotion and intervention initiatives,’’ Professor Schluter said.