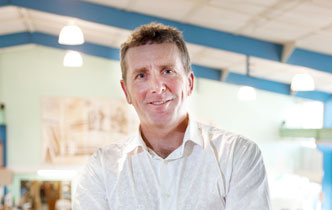 A University of Canterbury electricity expert says the Labour and the Green Party electricity proposal risks regulatory instability and it would be preferable to deal with any problems the parties have identified by improvements to the existing market structure.

The Opposition parties have said that, if elected next year, Labour will establish a new agency to act as a single buyer of wholesale electricity, which will have the power to set prices.

UC electrical engineering researcher Dr Allan Miller says the Opposition proposal is a huge change to the electricity industry which would take a great deal of resource which would not go into the productive economy.

"It makes New Zealand look like an unstable country and less desirable to invest in. Companies who invest here require some certainty over electricity price and reliability and this promotes neither.

"If there is something wrong with the current market - and I tend to agree with recent reports that generators have too much market power - it would be better to improve the market structure we have at present rather than embark on another huge and expensive change and one that is highly experimental.

"The monopoly would extract monopoly rents, because it would not have the discipline placed on it of a strongly elastic demand, created by consumer choice.  A purchasing body or collective model may work well where New Zealand is competing internationally with numerous other buyers, where the price is set internationally.

"However in the proposed New Zealand Power case there is only one buyer, with no competitive price setting arrangement.  It would likely be inefficient to set up such a company.

"Furthermore there is no evidence, as claimed in the policy document, that a “cost based price pool enables the use of smart grids which allow New Zealanders to make real-time decisions about the best way to use energy should they so choose.’’

Dr Miller has received $6.3 million of Ministry of Business, Innovation and Employment funding to investigate renewable energy and smart grids.

His project will contribute to a future New Zealand with greater renewable generation and improved energy security through development of a smarter, efficient, cost-effective and robust renewable electricity generation system. It proposes to do this within the existing electricity market structure.

"We will provide government and industry with methods for managing and balancing supply and demand variability and delivering a functional and safe distribution network in which intermittent renewable generation is a growing part of the energy supply.

"The result will be an efficient, cost-effective and robust electricity network meeting the ongoing and changing power supply and demand needs of New Zealanders,’’ Dr Miller says.

New Zealand currently generates about 75 percent of its electricity from renewable generation, making it a world-wide leader in this area.