East side stories: a survey of two suburbs

A University of Canterbury researcher has found differences and similarities between the hard-hit east side Christchurch suburbs of Aranui and Sumner. 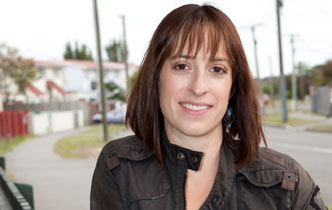 A University of Canterbury researcher has found differences and similarities between the hard-hit east side Christchurch suburbs of Aranui and Sumner following the 2010 and 2011 earthquakes.

UC masters student Sarah Yanicki carried out her study - East Side Stories: Cases of Quake Related Innovation – as part of UC’s summer scholarships project. She will present her findings at a public scholarship presentation on February 8.

Yanicki said the differences between lower socio-economic Aranui and wealthy Sumner stemmed from the social disparities between the two suburbs.

"Many Aranui organisations remain focused on addressing ongoing social issues stemming from the quake, while Sumner organisations have turned to how to restore and even improve the suburb with redevelopment plans and interest groups.

"The quake provided a unique opportunity for comparing the response in the two suburbs with Sumner having among the highest average income, education, and employment outcomes in the city, and Aranui some of the lowest.

"Despite considerable economic differences, local groups were vital in addressing the needs of local residents in the short and long-term. Groups were able to utilise local knowledge and assess local damage to provide swifter local response than government and / or civil defence.

"This local knowledge and on the ground presence helped to direct local relief efforts and acted as a bridge between locals and important material and informational resources.

"In Aranui this response largely stemmed from existing groups that already had a local presence in supporting the neighbourhood while, in Sumner, many new groups emerged.’’

Homes, restaurants, shops, churches and community centres were lost in both suburbs.  Sumner also lost its library, museum, surf club and RSA centre.  Statistics New Zealand estimates the percentage of homes in Aranui with severe or serious damage is slightly higher than in Sumner.

In Aranui many damaged Housing New Zealand properties have remained vacant and unrepaired, with their future unclear, resulting in a loss of social housing in the area.

Yanicki said there were similar focuses in the two communities initially as groups aimed to reach the more vulnerable and meet basic needs such as food, clean water and accommodation. But as needs changed in each suburb, the ways groups continued to operate began to differ.

She said door-knocking and street-level presence in Aranui was important in supporting more low-income or socially isolated households who may not have otherwise had access to certain resources or known where to go for help.

In Sumner, the formation of a community website became a useful way of making local resources and knowledge more visible, as well as connecting residents to a whole emerging network of community groups they could become involved in or get information from.