Drugs and alcohol cause problems during pregnancy

A University of Canterbury psychology researcher has identified the first direct evidence that combined use of ecstasy and alcohol during pregnancy causes brain damage. 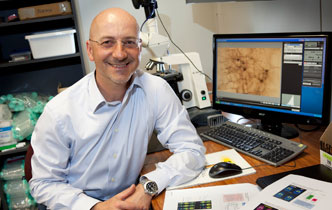 A University of Canterbury psychology researcher has identified the first direct evidence that combined use of ecstasy and alcohol during pregnancy causes brain damage.

The UC study indicated simultaneous use of alcohol and ecstasy during pregnancy may cause brain abnormalities that are more severe than those observed when either drug is taken alone.

"The use of drugs during pregnancy poses serious health risks for pregnant women and their babies, who may be born premature, exhibit birth defects and develop behavioural and learning disabilities,’’ Dr Juan Canales says.

"In New Zealand about 21 percent of the population aged 15 to 45 years old have tried party pills and eight percent have used ecstasy. Its use has increased significantly among young adults, many of whom concurrently use other substances such as cannabis, cigarettes and alcohol.

"The use of ecstasy has been reported among pregnant women, who typically show a significantly higher use of alcohol and binge drinking during pregnancy compared to women not exposed to the drug.

"The simultaneous use of ecstasy and other drugs, especially alcohol, is a cause of concern due to the potential exacerbation of psychiatric and cognitive impacts. These risks are particularly elevated in pregnant women due to the high potential for harmful effects of multi-drug exposure to the fetus.

"To understand the consequences of abusing ecstasy and alcohol during the pregnancy we used an animal model of binge drug taking with moderate doses of alcohol and ecstasy that can be translated realistically to human dosing.

"We studied the brains and behaviour of female rats that were exposed to the drugs while in the womb. At three months of age the females exposed prenatally to ecstasy and alcohol showed decreased exploratory activity, impaired memory function and decreased production of new neurons in a part of the brain that is important for learning and memory.

"These effects were minimal in subjects exposed to only one of the drugs, suggesting that the mixing of drugs can have very negative consequences,’’ Dr Canales says.