A University of Canterbury (UC) political scientist will give a public lecture next week on the possibility of bringing back animals from extinction, such as the moa. 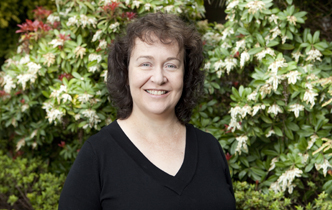 A University of Canterbury (UC) political scientist will give a public lecture next week on the possibility of bringing back animals from extinction, such as the moa.

Dr Amy Fletcher, senior lecturer at UC’s School of Political Sciences, is questioning if species can be bought back or should be bought back.

"Hasn’t science fiction already shown us that this idea could go really, really wrong? The idea of de-extinction is being taken seriously by some scientists who think it may be possible to bring back extinct species, such as the moa, through the combination of ancient DNA and cloning.

"For proponents, de-extinction provides a way to re-wild the world with marvellous creatures and to make amends for the many extinctions caused by human beings. Opponents counter that this idea reflects the hubris that got us into the biodiversity crisis in the first place.’’

Dr Fletcher will give a public lecture on campus next week (October 2). See here for details: https://www.eventbrite.co.nz/event/7990438617

Extinction is a normal part of long-term evolution.  However, in the early 21st century, according to the World Wildlife Federation, experts estimate that the loss of species today is between 1000 and 10,000 times higher than the normal extinction rate.

While mass extinctions occurred in the deep past, human beings are primarily responsible for the current biodiversity and extinction crisis, Dr Fletcher says.

"Today, conservation experts increasingly draw upon digital and molecular tools in a crash effort to try and stem biodiversity losses. The ‘bring back’ idea is tantalising and is a staple of science fiction.  Could the resurrection of extinct species become scientific fact?

"Some scientists still refuse to countenance the idea, but increasingly the prospect of bringing back at least recently extinct species such as the moa is gaining media and scientific interest.

"Is de-extinction plausible enough at this stage to justify spending significant public and private money on research projects? Who decides which species should be ‘brought back’? Where would we put them even if we did bring them back?

"How does the idea of de-extinction affect the way we think about nature?  Might we become even more careless with the environment if we think we have a “magical solution” to extinction?

"And, with species dying all around us every day, is bringing back a long lost species the best use of our time and money?

"While the potential criticisms of de-extinction are important, my lecture also considers why the issue provokes so many people and if there might be an upside to bringing back a moa or even . . . a woolly mammoth,’’ Dr Fletcher says.