Christchurch single-sex state schools should never be threatened in future, a University of Canterbury survey into schools has found. 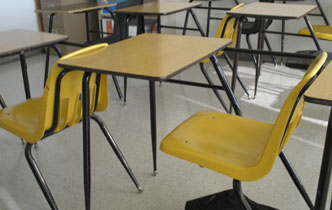 Christchurch single-sex state schools should never be threatened in future, a University of Canterbury survey into schools has found.

The survey was distributed by the four schools. From more than 2000 replies most respondents, especially those with a relationship to single-sex state secondary schools in Christchurch, preferred single-sex state schools.

Academic achievement was the highest ranked reason for preference of school type followed by school values/tradition and a supportive learning environment. UC education lecturer Dr Therese Boustead said having a choice was important to the majority of survey respondents.

"Most people wanted to be able to choose from either single-sex or co-education schools. They largely felt that Christchurch single-sex state schools should retain their single-sex identity and not become co-educational schools.

"In terms of location of the single-sex state secondary schools in Christchurch, most respondents preferred to either retain the current locations of the four schools or have the schools located in the east and west of Christchurch.

"Most of the people surveyed were connected to at least one or more of the four Christchurch single-sex secondary schools,’’ Dr Boustead said.

The earthquakes resulted in a redistribution of the Christchurch population and subsequent proposals for change by the Ministry of Education. Some of the ministry’s proposals addressed the relocation or possible merging of these schools.