Cadmium-free potatoes may one day be possibility

Cadmium-free potatoes, with the help of the research team at the University of Canterbury (UC), may one day help to allay another possible food safety scare. 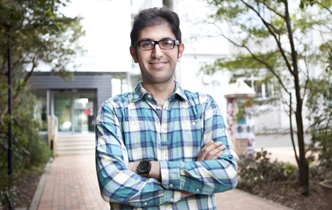 Cadmium-free potatoes, with the help of the research team at the University of Canterbury (UC), may one day help to allay another possible food safety scare.

Worldwide, potatoes are the fourth most cultivated crop after wheat, rice and maize. In New Zealand, just over half a million tonnes are produced annually and the value of the potato industry has been estimated to be worth around $500 million.

UC biotechnology lecturer Dr David Leung is heading research at UC into the health risk of cadmium in potatoes.

His PhD student, Seyedardalan Ashrafzadeh, says cadmium is a toxicant present in the environment. It has been classified as a probable cause of cancer and could have other long-term health hazards, according to the US Environmental Protection Agency.

"In the human body, there is no effective means to eliminate cadmium, which is therefore an accumulative toxicant and could bio-accumulate in the liver and kidney for years.

"Some experts have warned that slow cadmium poisoning of the population is a global public health and food safety concern.

"Phosphate fertilisers used to boost crop productivity often contain cadmium and are the main source of cadmium in agricultural soils. Other anthropogenic activities that have contributed to cadmium in the environment include sewage sludges and nickel-cadmium batteries.

"Unlike many environmental toxicants, cadmium belongs to a group of inorganic toxicants commonly called heavy metals that cannot be simply broken up by micro-organisms with time.  Instead, it will persist and its levels could keep rising in soils.

"The idea of producing potatoes with limited potential to uptake and accumulate cadmium from soils is being investigated and my initial results will be reported at the annual Biologicial Sciences Postgraduate Students’ Conference of at UC on Thursday (October 17).

"A two-prong investigation of the idea has been undertaken. The natural variation of some locally grown potatoes is being examined.

"In addition, the potential of a plant biotechnology based on plant tissue culture is being investigated to assist the identification and generation of potentially new low cadmium accumulating variant plants during culturing of potato cells in the laboratory.

"Initial results showed that some cultured potato cells might well be taking up less cadmium than others. More work is planned following this lead and to raise plants from the target cultured cells,’’ Ashrafzedah says.