Benefits of financial awareness from an early age

University of Canterbury economics research is looking to establish whether children having a savings account from an early age, or talking to parents about financial matters. 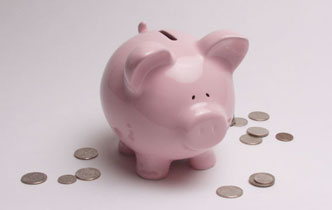 University of Canterbury economics research is looking to establish whether children having a savings account from an early age, or talking to parents about financial matters at an early age, leads to improved financial attitudes and behaviours later in life.

Children are often encouraged to open savings accounts from a young age, with the goal of encouraging positive behaviours such as saving rather than spending on credit.

"The preliminary research also found that the older the students were when they got their first savings account, the more likely they are to avoid doing what their parents have done when it comes to financial decisions, and the less likely their parents are to talk to them about money.

"These findings suggest that students who have parents that do not discuss financial affairs with them, or open savings accounts for them from a young age, are less likely to be influenced by their parents as they enter adulthood in terms of their financial behaviours. They are likely to feel less financially knowledgeable than their peers.

"This raises an interesting question. Can receiving financial literacy education from other sources such as at school replace a lack of financial interaction with parents at a younger age?

"Our early results suggests possibly not, as a lack of early financial interaction with parents appears to have endured into adulthood in terms of a perceived lack of financial knowledge relative to their peers.

"Hopefully these questions will be answered when we conduct future research at Canterbury high schools later this year,’’ Agnew says.