Are the All Blacks ruining rugby in NZ?

A University of Canterbury sociology expert is questioning whether the All Blacks are ruining rugby in New Zealand. 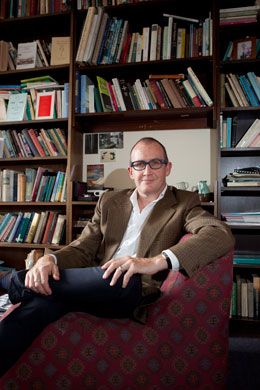 A University of Canterbury sociology expert is questioning whether the All Blacks are ruining rugby in New Zealand.

"Many long-term contracted All Blacks appear to play with a focus on the international calendar to the detriment of their super rugby team. Yet can one really blame them?

"They play in the expectation that they will most probably get picked for the All Black squad and continue to receive their All Black contract as the New Zealand rugby Football Union (NZRFU) has too much invested in the branding opportunities of a totem pole of signature players. So they play wary of injuries and the fabled burn-out.

"They play looking first and foremost to peak for the internationals. Yet this means the fans who go each week to watch them play for their franchises get an under-performing product. It means the teammates of these players play with deliberately self-limiting players."

The issue is not one that is going to go away when there is a dual tier professional rugby system whereby the All Blacks are on a contract system to keep them playing in the country and operating as the brand-focus of the NZRFU, Professor Grimshaw says.

The All Blacks make their 2013 Rugby Championship debut against the Wallabies in Sydney on Saturday.

"We need a truly professional system that allows the free exchange of location of players. You could argue that the NZRFU is merely protecting its product investment by requiring All Blacks to stay and play within New Zealand. The long-term contracts are a way to ensure that players do stay here.

"Yet perhaps we play too many internationals against the same teams. The tri-nations was dreadfully stale and, while the addition of Argentina has brightened it considerably, we get an overdose of relentless hyperbolic nationalism that is really just product marketing. These are not really teams chosen on who has been playing the best in the competition of super rugby, they are instead teams chosen in the main even before the Super 15 rugby season starts.