American astronaut to speak at UC next week

An American astronaut will be the key speaker at the first New Zealand Starlight Festival in Tekapo and at the University of Canterbury (UC) next week. 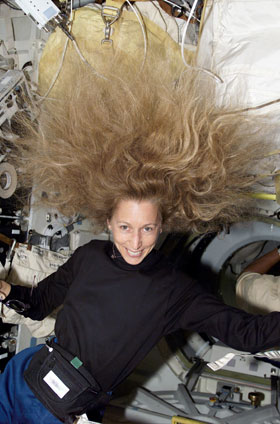 An American astronaut will be the key speaker at the first New Zealand Starlight Festival in Tekapo and at the University of Canterbury (UC) next week.

Marsha Ivins, who has travelled almost 27 million miles in space and spent more than 55 days in space, has orbited the Earth 990 times. She was a veteran of five shuttle missions, including one to the International Space Station.

She will give a public talk at UC’s C1 lecture theatre on October 9 at 7.30pm.

On her first NASA mission in early 1990, Ivins says the thought crossed her mind that she was, in fact, off the planet.

"When you talk to someone about flying in a plane, it’s really no big deal. We accept flying in planes as part of daily life. But flying in space is still a `wow’ moment, even if you’ve worked in the space programme, supported other space flights, and spoken to everyone who has flown before you. So I had to take a pause to realise I was off the planet.

"The acceleration of launch on the shuttle was only 3G (three times your body weight). The Soyuz rocket and the Apollo rockets accelerated to 5Gs.

"The direction of this force is what they call `eyeballs in’, meaning, as you are lying on your back facing the top of the rocket, it feels like a gorilla is sitting on your chest. This 3G force only sustains for a few minutes at the end of the ascent portion of the flight but it’s noticeable.

"Many folks do not feel well for the first day or so in space with no gravity. It’s hard to predict who will feel sick and who will not but everyone adapts after a few days and is fine in orbit.’’

Ivins, who recently retired, will visit the University of Canterbury (UC) and give a talk about space at the October 11 to 13 festival which is being organised by the Aoraki Mackenzie International Dark Sky Reserve Board in partnership with UC.

Her talk next month will provide an opportunity for UC students to learn about space travel, UC astronomy professor John Hearnshaw says.

"This is a fantastic opportunity for physics and astronomy students to meet such an experienced astronaut. With enrolment for 2014 starting next week this shows some exciting things that happen for students here at UC.’’

The event has been staged to celebrate the creation of the International Dark Sky Reserve in the Mackenzie Basin and at Aoraki/Mt Cook National Park.  See video here: http://www.youtube.com/watch?v=GkFrPA6e2Pc

Its formation is recognition of the pristine skies of the Mackenzie which are free of light pollution. UC is part of the Dark Sky Reserve, being the operator of the observatory at Mt John above Tekapo.