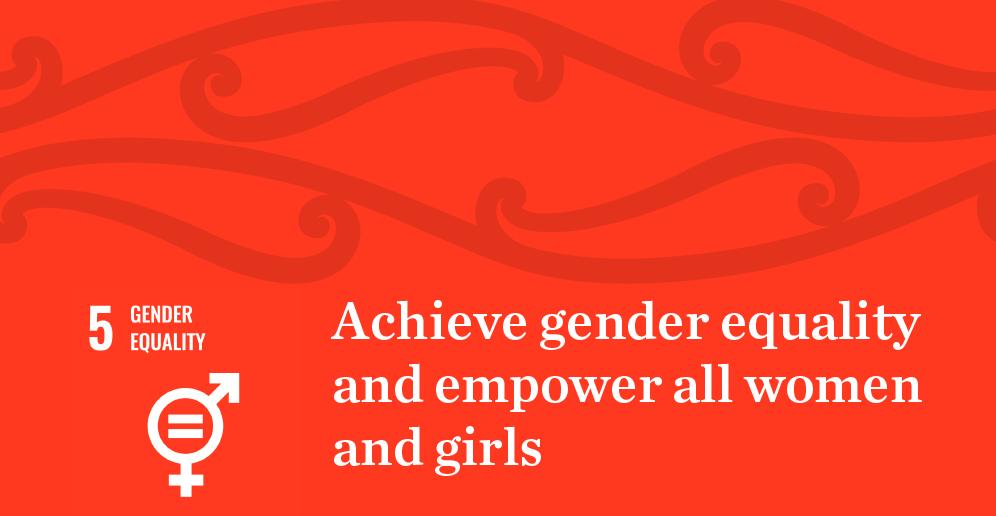 Our congratulations to Professor Emerita Paula Jameson on receiving the Officer of the New Zealand Order of Merit in the 2021 Queen’s Birthday Honours List. Professor Emerita Jameson is a leading plant scientist. In 2004, she was appointed inaugural Head of our School of Biological Sciences. Through her direct leadership and mentorship, the School became one of New Zealand’s highest ranked groupings of biologists. Professor Jameson’s work has been notable in combining internationally recognised research on the regulation of plant growth with leadership across the wider biological sciences. Professor Jameson received the 2019 Marsden Medal recognising a lifetime of outstanding service to the science profession.

UC Business School offers professional development and strategic leadership courses to women to build the skills to thrive in complex environments, better manage challenges and demonstrate resourcefulness in a fast-changing world. In our popular interactive introductory course, Flicking the Leadership switch, women explore leadership pathways. The course introduces women to a range of practical tools and topics, such as ideas and action plans to support future development, ideas for lifting leadership profiles, common challenges women face in the workplace and how to navigate them, and support from a peer group, to name a few. The course benefits women from diverse industries; commercial, local government not for profit or education. It is aimed at ensuring women’s pathways to potential can be identified and realised.

Ensuring women’s participation and success at the UC

UC actively measures women’s participation and success, to help ensure that there are as few barriers to women’s participation as possible. In 2021, women accounted for 52% of enrolments and approximately 53% of all course completions. UC also offers mentoring opportunities, support structures and facilities that enable all women to meet their educational aspirations.

Jessica Fitzjohn, UC PhD candidate, is part of a research team working on a breast cancer-diagnosis device with the potential to help overcome cultural and socio-economic boundaries, reach more rural communities, and make breast screening more accessible to women of all ages. Fitzjohn hopes a new breast-screening method could become a reality in Aotearoa. The new method involves lying face down while the device vibrates at different frequencies for cameras to capture surface motions. The images are analysed to detect possible tumours. Fitzjohn says: “Currently, free mammograms are offered to women aged 45-69 in New Zealand, but only 67% of women in that age group make the most of this. Many women put off coming in for mammography because they find it uncomfortable and invasive. In addition, almost 20% of breast cancers occur in women under 45, who aren’t eligible for the free programme and for whom mammography is not generally recommended.”

Women researchers from across Canterbury gathered at UC, to share knowledge, learn from each other’s experience and engage in discussions about future research. Deputy Vice- Chancellor Academic Catherine Moran opened the event, saying it was exciting to see so many women researchers together in one place. “What strikes me as I think about what this day means, is that it’s about women empowering women, celebrating one another and coming together to be stronger than we are on our own,” she said. She welcomed her colleagues from across UC, as well as researchers from Ara Institute of Canterbury, Lincoln University, Crown Research Institutes and other organisations. Professor Ximena Nelson, from UC’s College of Science, first raised the need for a women’s research symposium. She was grateful for the support of her colleagues in bringing the vision to reality, including both academic and non-academic staff.

An exhibition opened in September exploring the ancient art of female tattooing in Fiji. The exhibition was presented by Luisa Tora (Kadavu), the 2021 Creative New Zealand Macmillan Brown Pacific Artist in Residence. Tora is an interdisciplinary artist, writer, and film maker, and has a special interest in indigenous, queer and feminist themes. Tora is Fijian and has lived in New Zealand since 2009. In 2015 she became a member of The Veiqia Project, a collective of Fijian artists and researchers based in New Zealand, Hawai’i and Australia. The group is investigating veiqia, an indigenous Fijian female tattoo practice, and sharing its findings through creative outputs and community events. “The exhibition highlights the journey each artist took to learn more about veiqia, our traditional tattoo practice that was part of a rite of passage for young girls when they reached puberty,” Tora says.

Local politician graduates with a PhD

In April 2021 Sunita Gautam graduated with a PhD that focussed on self-employment as a strategy for Indian immigrants’ settlement in New Zealand. Gautam says: “I come from a background where education was not a priority for girls. I strongly believe that education is crucial, and it plays a huge role in empowering wahine, and to change my destiny, I wanted to gain the world’s highest degree.” Originally from Shaktinagar, a small town in India, Gautam moved to Christchurch nearly 20 years ago. She and her husband have made Christchurch their home, with Gautam giving back to the community through her work as the Community Board Member for the Central Ward, Justice of the Peace, and volunteer business mentor.

The South Island team for New Zealand’s new women’s rugby competition has several UC students and alumni. UC student Lucy Jenkins is in her third year of studying towards a Bachelor of Sport Coaching Degree along with Grace Brooker, as one of the first contracted players in Matatū. Alumni of UC have also been named in the team. Chelsea Bremner graduated from with a Bachelor of Teaching and Learning in 2015, Liv McGoverne graduated with a Bachelor of Sport Coaching in 2019, and Grace Steinmetz studied Law and Commerce. Vice-Chancellor Professor Cheryl de la Rey said of the team partnership: “The University of Canterbury is committed to gender equity and social inclusion, and we are proud to support South Island wāhine competing under the Super Rugby banner. It is pleasing to see nearly a quarter of Matatū contracted so far are UC-educated wāhine, paving the way for future generations.”

Hon. Amy Adams, former MP and UC graduate, joined the UC Council on 8 September 2021. Amy graduated with a Bachelor of Laws degree with First Class Honours from the University of Canterbury. Her legal career included becoming a partner in the Christchurch law firm. She was selected as the National Party candidate for the Selwyn region for the 2008 general election, and served as a Cabinet Minister for 6 years in a number of roles including as Minister for the Environment, Minister for Communications, and Minister of Justice. Amy was the Member of Parliament for Selwyn from 2008 until 2020, when she retired from politics.

For the first time in our nearly 150-year history, UC is led by women. Chancellor Sue McCormack recently reflected on what leading her alma mater has meant to her. The Chancellor is proud of the growing relationship with Ngāi Tūāhuriri and the ongoing work UC is doing to make sure our Māori and Pasikifa students have the space to excel, and the work ethic and community spiritedness of UC students and staff. The Chancellor also said a highlight was the appointment of UC’s first female Vice-Chancellor, Professor Cheryl de la Rey. In 2020, they were joined by the new UCSA President Tori McNoe and new Vice-President Katie Mills. Tori and Katie are the first female duo to lead the UC Students’ Association since it began in 1894.

Nina Oberg Humphries was announced as the 2020 Pacific Artist in Residence at UC’s Macmillan Brown Centre for Pacific Studies. Exhibiting throughout Aotearoa, Nina’s work explores her dual Pacific and Moana Oceania heritage. Using traditional Polynesian art forms such as Tivaevae, costume and dance, combined with elements of popular culture, she seeks to convey issues of gender, identity and social politics. “As the Macmillan Brown Pacific Artist in Residence I’ll be researching taonga from the Pacific Collection at Canterbury Museum, conducting interviews with members of the Pacific community to find out what meaning and relevance, if any, these taonga still hold for them,” she says.

In March 2020, on International Women’s Day, UC committed to investigating gender pay parity for academic staff. The investigation follows findings by UC researchers showing that female
academics in Aotearoa are likely to earn less than their male counterparts over their career, despite equivalent research performance. UC’s commitment to action on investigating gender pay parity includes taking ethnicity into consideration. Further work is also planned to investigate pay parity for nonacademic staff at UC.

Gender and the Law

UC’s Gender and the Law course examines the theoretical issues of equality, feminism and the intersection of gender and culture in areas of the law that raise gender issues in a bicultural legal context, including for Māori and Pasifika women. A range of topics are explored, such as norms on gender equality, legal responses to violence against women, and the challenge of intersexuality and changing gender. Students reflect upon the gendered nature of the law and its impact on society, on Aotearoa bi-cultural society and on the international level.

UC’s Associate Professors Ann Brower and Alex James analysed Performance-based Research Fund (PBRF) scores and academic ranks of all academics in New Zealand for their research paper on gender pay in New Zealand Universities. Their finding of a ‘gender performance pay gap’ is a world-first. It was made possible by measuring the research performance scores of all New Zealand university academic staff from 2003 - 2012 – nearly 6000 individuals. Their finding shows that, when women and men perform at the same productivity level, women still earn less.

Our Women in Engineering Residential Programme is a free 5 day/4 night programme for female high school students in Aotearoa interested in exploring the opportunities in engineering. The programme features various interactive workshops, inspiring presentations and fun social activities for eligible high school students who identify as female, who have completed year 12. During the programme the students are immersed in and experience the range of engineering subjects on offer at UC.