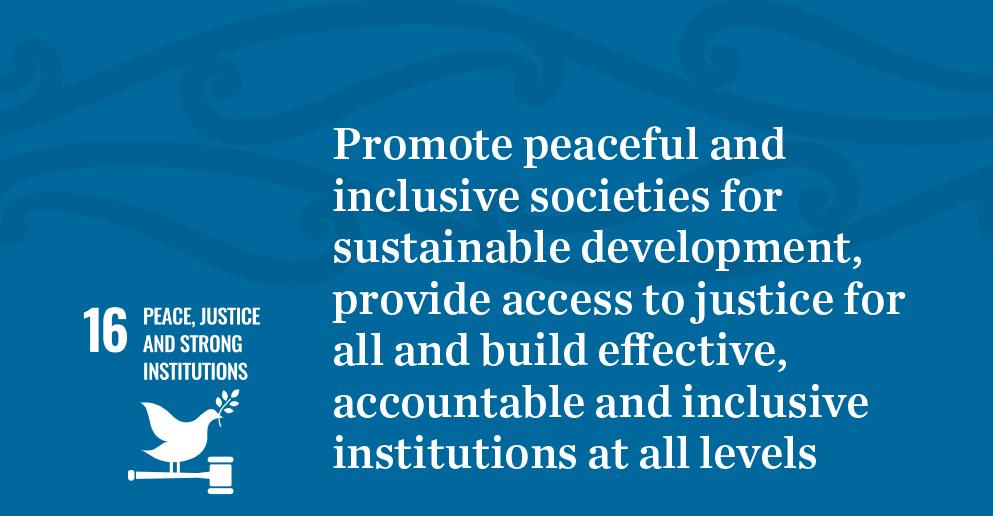 Paving the way for rights

UC History Professor Katie Pickles explored the legacy of Kate Sheppard and those who paved the way for women’s rights in Aotearoa New Zealand. Professor Pickles says Sheppard is sometimes framed as a reformer, called to work for a more peaceful and egalitarian society. Who else might represent the heroic archetype? Waikato woman of mana and Kīngitanga leader Te Puea Hērangi is described by historian J.G.A. Pocock as possibly the most influential woman in New Zealand’s political history. Her activism included seeking compensation for land confiscation. Viewed through an early 21st-century lens, both women stand for citizens working together for the common good.

On anti-terrorism and extremism

New Zealand’s first annual meeting on countering terrorism and violent extremism was held in Christchurch in June 2021. Some of the most powerful and influential people in New Zealand spoke at the event, including Prime Minister Jacinda Ardern, Director-General of Security Rebecca Kitteridge, Police Commissioner Andrew Coster, and Anjum Rahman of the Islamic Women’s Council. Christchurch Mayor Lianne Dalziel spoke, as did UC’s Vice-Chancellor, Professor Cheryl de la Rey. Below is a brief excerpt taken from Professor de la Rey’s speech:

“Terrorism and extremism of any type is in fact antithetical (contradictory) to the very nature of universities and our academic missions which is fundamentally about openmindedness, inquiry and developing knowledge in its multiple forms and perspectives. Universities bring together students and staff from a range of walks of life, different generations, different ethnicities, varying perspectives and academic disciplines to learn and to research. Our commitment to diversity is backed by a substantial body of research in psychology, economics, computer science and many other fields that shows that diversity and inclusion in our approaches to tackling complex challenges produces better outcomes compared to homogeneity.”

The Ngāi Tahu Research Centre has appointed its first Professor, Dr Shaun Ogilvie, as Professor of Ecology and the Environment, a co-appointment with the Faculty of Science, at UC. Professor Ogilvie graduated with a PhD in Ecology from UC and has held numerous academic and research roles. The appointment of Professor Ogilvie is part of a commitment to grow and attract senior Māori academics to UC, supported through the Ngāi Tahu Research Centre. This is the first of five professorial positions. Associate Professor Te Maire Tau, Director of the Ngāi Tahu Research Centre, says, “Equity within the University is quite simple. Knowledge needs to be seen as a capital asset to which our people have equal access and academic leadership provides a route for our students to gain access to new knowledge and to contribute to new knowledge.”

Law Lecturer Adrienne Paul (Ngāti Awa, Ngāi Tuhoe) commenced in January 2020 and is already changing how bicultural lessons are woven into UC’s Bachelor of Laws programme. Adrienne teaches Māori Land Law as well as teaching into a number of other Level 1 and 2 Law papers. “It’s really cool to see my students grapple with and understand that rivers and mountains in Aotearoa have the same rights as people in a court of law, and we see this through the Te Awa Tupua (Whanganui River Claims Settlement) Act 2017, whereby the Whanganui River is stated as a legal person.” This unique characteristic of Aotearoa law recognises the Māori belief that humans are equal with everything including land and rivers.

The Bachelor of Criminal Justice degree is the first of its kind in Aotearoa. Programme Director Dr Jarrod Gilbert sets the strategic direction for the degree. The degree provides the only comprehensive grounding in the New Zealand criminal justice system. It is open to all students with entry to university, and it is also possible to study towards the degree while working in this field. The degree can lead to careers in law enforcement, corrections, offender rehabilitation, working with young offenders, criminal law, security and border control. Graduates will have an edge in the crime and justice job markets, which are areas of growing national need and international specialisation.

Results from a study into perceptions of surrogacy in Aotearoa is being used to inform law changes in the UK. Associate Professor Debra Wilson, from UC’s School of Law, led the research project, which aimed to gain a real understanding of what the New Zealand public thinks about our surrogacy laws. The most surprising findings were that surrogates should receive some form of payment, and who the legal parents should be. When it is too hard to arrange a surrogacy in their own country, people go overseas, and differing laws mean the child essentially has no citizenship. The research findings are already being used to inform policy changes in the UK and Associate Professor Wilson also hopes to advise on a private member’s bill here in Aotearoa.

UC Law Professor Elisabeth McDonald’s book published in 2020, Rape Myths as Barriers to Fair Trial Process contains findings from four years of research, and opened the court room door on rape trials. Professor McDonald explains she “was determined that it would not just amount to yet another demonstration of how the criminal justice system does not do right by rape victims. Rather, it might demonstrate how the adversarial trial process could be different, could provide fair trial process for both complainants and defendants, and not continue to be one of the reasons for the extraordinarily high attrition rates.” The book is written for a wide audience and available to sector workers, victim support agency workers, policy makers and students of law, criminology, criminal justice and sociology can benefit from the insights and recommendations.

After six years of being detained overseas, award-winning author Behrouz Boochani, an indigenous Kurd, became recognised as a refugee under the United Nation’s Convention on Refugee Status. This meant Boochani was now able to live in Aotearoa, and apply for permanent residence. He said the decision by Immigration New Zealand provided him with a sense of security. Boochani was appointed as a Senior Adjunct Research Fellow at UC in 2020, based at the Kā Waimaero, the Ngāi Tahu Research Centre. In 2021, Boochani was made UC Writer in Residence.

Foreign bribery has huge consequences. A global research 2020 report on foreign bribery rated the performance of leading global exporters and countries who are OCED signatories. UC’s Law Professor John Hopkins took part as the author of the New Zealand report. He described Aotearoa as having ‘limited enforcement’. Professor Hopkins explains: “Although domestic corruption in New Zealand appears low, we really need to lift our game in the way we respond to the threat of international corruption. The combination of an excellent reputation coupled with lax enforcement of foreign bribery is an extremely dangerous one. Organised crime and corrupt entities may see New Zealand a soft target for legitimising their activities.”