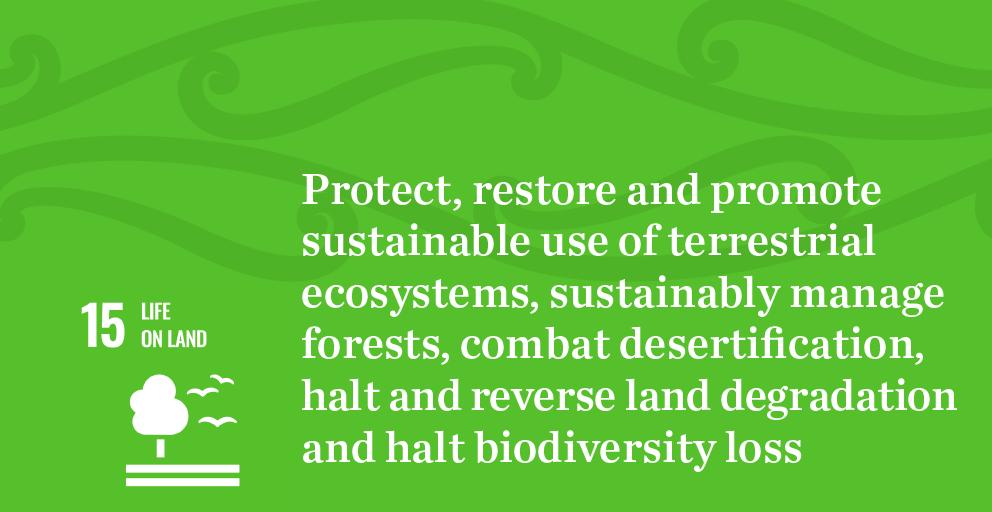 Investigating the mathematics of extinction

Two UC mathematicians have been granted a Marsden Fund to investigate mathematical models for extinction events in the tree of life. Using a mathematical and algorithmic framework, Distinguished Professor Mike Steel and Professor Charles Semple hope to address some fundamental questions in biodiversity theory and conservation. “Unfortunately, human impacts on the natural world are precipitating a sixth mass extinction,” says Professor Steel. “We intend to develop and apply new mathematical techniques and models to investigate the precise relationships between the different measures of biodiversity that are based on evolutionary trees and explore the extent to which extinction of species is linked to the loss of feature diversity.” Additionally, the research team aims to develop and apply more complex models of multiple species loss based on ‘extinction cascades’, investigating their impact on feature diversity loss.

UC offers a range of course options to equip the next generation in sustainably managing forests in Aotearoa New Zealand. Environmental Forestry provides students with an overview of the broader environmental and cultural issues associates with plantation forestry. Forests are particularly important as they provide many key ecosystem services that are not necessarily provided by other comparable land uses such as farming. The course focuses on a range of the ecosystem services provided by plantation forestry including biodiversity conservation, soil and water conservation, and cultural services. As the title suggests, Forest Management provides students with an understanding of forest management decision-making. Forestry managers and owners make significant strategic and operational decisions regularly, such as what volume of wood to harvest each year, whether land should be replanted after harvesting, and silvicultural regimes.

Since 2016, we have been monitoring birdlife on our Ilam Campus. Monitoring gives us a snapshot of numbers of species, and numbers of birds, which helps us to enhance our biodiversity efforts, particularly of indigenous species. While there have been variations in counts over the years, which is to be expected from a count of this type, during the summer of 2020/2021 an extensive analysis found the number of native birds, such as bellbird, fantail, swallow, silvereye, have more than tripled, and 5-7 more native species have since colonised on campus.

Building new science capability is critical for achieving all of New Zealand’s environmental goals. Our country’s brightest young minds are setting out to revolutionise pest management, in helping efforts to eradicate possums, stoats and rats by 2050. Ben McEwen is a Computer Science PhD candidate, and recently graduated with a BE(Hons) with First Class Honours specialising in Mechatronics Engineering.

Ben aims to investigate and develop new predator luring technology and develop a system that uses state-of-the-art visual and audio technology to identify predator species in real time, allowing populations to be estimated, and audible lures to be automatically selected, making trapping more effective. This system has the potential to significantly improve predator interaction rates with traps.

Global Change Biology, a course offered by our School of Biological Sciences course, addresses selected major issues concerning the role of biological processes in the Earth System and the impact on these of human activities (global change). The course covers a range of broad topics where students can gain understanding of how actions result in ecosystem change, and then relate this to social and economic trade-offs that underpin environmental decision-making. For example, discussion on issues include the significance of biodiversity loss on ecosystem processes and strategies to mitigate climate change, and the impacts of past and future climate change on biota.

It’s vital the next generation of researchers understand our natural environment to maintain its resilience and productivity for the continued well-being of future New Zealanders. The Freshwater Biodiversity Box is a dedicated set of freshwater sampling gear and activities, available to Canterbury school children. Junior learners can connect with and support conservation within the Canterbury region by exploring freshwater biodiversity and learning about ecosystem health in waterways. The box has tools to sample freshwater invertebrates, including activities based on healthy freshwater habitats and food webs. The idea was developed by the Canterbury Waterway Rehabilitation Experiment (CAREX) at UC’s School of Biological Sciences. CAREX focus on solutions that can be applied across waterways in Canterbury, Aotearoa and beyond, and address aquatic weed, sediment and nutrient management issues in lowland Canterbury to improve waterway health.

Students are launching a predator control operation aimed at reducing the number of predators on campus. Early studies have shown that rats, stoats and possums are all present on campus. The trapping is hoped to reduce predator numbers and therefore reduce predation on native fauna. Envirosoc students have been involved in monitoring and will commence trapping this winter.

The different predators are targeted with different traps that will be laid initially along the Avon Haere Roa river and also through Ilam Gardens. Student volunteers will be given a certain number of traps to look after and the tools to do the job. Full support is given to inexperienced trappers.

Students can get in touch Envirosoc to learn how to get involved. Staff to contact the Sustainability Office.

Phd student Jade Humphrey is passionate about protecting bird life. So much so that she has set up Predator Free Riccarton; a programme where members of the community are supported to trap predators in their back yards. Their aim is to get one trap in every five backyards in Riccarton.

The Riccarton community includes green spaces, such as Riccarton Bush and corridors bordering tributaries of the Avon River, which could form sanctuaries for our native species to thrive, but isn't possible with current pest populations.

The project is supported by the Predator Free NZ Backyard Communities Fund, which has given them the opportunity to heavily subsidise traps for community members. Victor traps (including trap boxes) are available for the discounted price of $15, which goes towards covering material costs.

Professor Bruce Manley and UC alum Adrian Loo were named as two of 2020’s Aotearoa forestry high achievers. The New Zealand Institute of Forestry awarded Professor Manley the highest honour in NZ forestry – the Kirk Horn Award, which recognises outstanding contributions to the industry. Professor Manley is Head of UC’s School of Forestry. Adrian Loo received the Prince of Wales Award for Sustainable Forestry, which recognises young forest professionals who are highly engaged in the principles of sustainable forest management. Mr Loo works with landowners on diversification of land use through the addition of exotic and native forests.

A long-term, novel solution to help New Zealand achieve its predator free ambitions is a step closer. Dr Michael Jackson and his team of postgraduate researchers from our School of Biological Sciences are working to create a multi-species lure that can be used to catch different types of introduced predators. At the heart of this new research is identification of the chemical compounds needed to attract multiple species. The success of the project is multi-layered, as Dr Jackson views the success of students’ research on par with his own research outcomes. “It would be quite cool, at the end of this project, to see our Masters’ students graduate and maybe go on to their PhDs or into business, knowing they’ve been successful with their research,” he says.

Robotic Farming Looking After the Land

Robots could soon be helping farmers manage arable land in a cleaner, greener way. UC students won a Callaghan Innovation prize in 2020 for their robotic farming system, which would support planting multiple species rather than one type of crop over a large area. The students say their “approach was to completely rethink arable crop production to enable a more regenerative type of agriculture. We’re hoping to mitigate the impacts of industrial agriculture on climate change by reducing carbon loss that happens during tilling of topsoil. We want to help farmers be good custodians for the soil and also run a profitable farm.”

Our School of Forestry is leading the expansion of a Restoration Ambassadors programme, with Te Uru Rākau (Forestry New Zealand) providing funding from the One Billion Trees Fund to run the programme. It will see two restoration ambassadors cover more areas of Aotearoa, providing expert advice to farmers and landowners on how to restore native planting and manage areas of biodiversity. UC’s Professor David Norton, who has been a driving force behind the ambassador project, says it will help meet demand from South Island farmers. “There’s huge interest from farmers down here needing advice on how to establish native forests on their land. Having two people in the role will mean more free and independent advice can be provided to farmers, iwi and others in rural Aotearoa on how to carry out good quality, planned ecological restoration.

UC is a major partner in the Nigerian Montane Forest Project.  Our broad-based approach to forest restoration contributes to Nigeria’s biodiversity strategy.

During the rainy season of 2020, 5,680 seedlings of forest tree species were planted into 20,000 m2 of grassland within the reserve, adding to ten years of previous plantings to help regenerate Ngel Nyaki forest. In addition to this effort, 9,162 seedlings have been raised in the plant nursery this year to transplant out in the 2021 rainy season. We now have two nurseries at Ngel Nyaki and collecting seeds and growing seedlings is a full time job for two field assistants.

Professor David Norton, of the School of Forestry, runs workshops for farmers on increasing native biodiversity on their farms, and sharing best practice and key principles in sustainable land management.