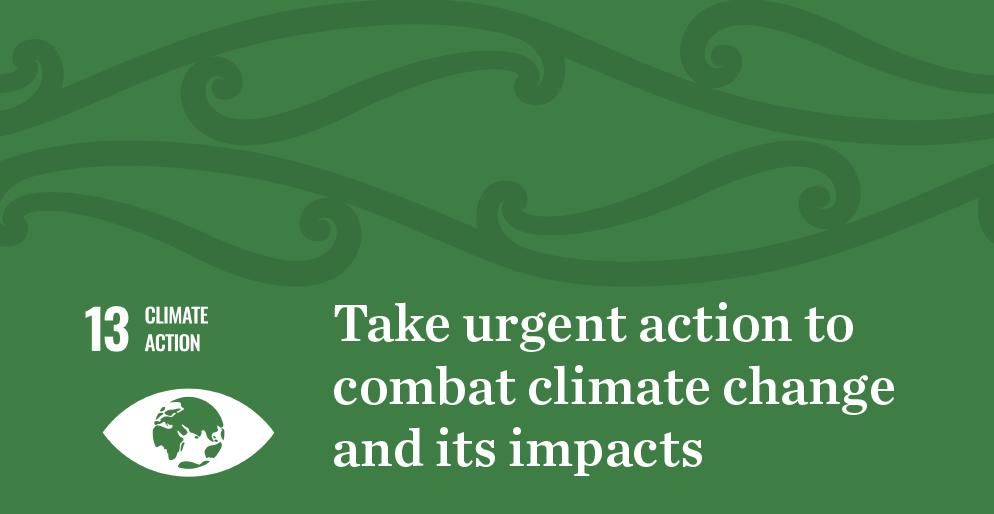 UC joins the Race to Zero

In 2021 we joined the international campaign, Race to Zero, aimed at halving global emissions by 2030. The United Nations-backed campaign has a membership of over 1000 educational institutions worldwide. UC’s Pro-Vice-Chancellor Sustainability, Professor Jan Evans-Freeman, says, “We join a number of universities in Australia who have signed up to this agreement, and we are currently the first in Aotearoa New Zealand to join the movement. Through Race to Zero we can support a worthy global initiative and reaffirm the important role universities play, plus we can learn from what other universities are doing in terms of their commitments, action plans, and progress reporting.”

Conserving our mountains one app at a time

UC graduate, Ambrose Ledbrook, is eagerly using his software engineering skills to keep the snow on the mountains by developing a new app that helps people live more sustainably. A new start up business was launched, DifferenceNow, which developed an app focused on helping people make behavioural changes to make their lifestyles more climate friendly. Ambrose’s motivation stems from childhood memories. “When I was a kid, it would snow every year in the town on my birthday,” he says. “Over the years, it began to snow less and less, and over time it’s become a huge deal [if it snows] in the town. I’m only 22 and over my lifetime I’ve already seen the effect that climate change has on the mountains.” He realised that at this rate of climate change, the next generation might never be able to ski the way he has, and he developed a passion to try something different that would help protect the environment.

The Earth’s climate and atmospheric composition are changing rapidly as a result of human activities. Dr Laura Revell, School of Physical and Chemical Sciences, conducts pioneering research on the impact of airborne microplastics on the global climate system. Dr Revell was awarded the 2021 Cooper Award from the Royal Society in recognition of her chemistry-climate interactions modelling work and research, and the significant contribution she is making to climate and atmospheric science. She has led numerous climate modelling studies examining how greenhouse gas emissions affect the ozone layer and air quality. Dr Revell says: “I am honoured to receive the 2021 Cooper award, and the acknowledgement it brings for my field of atmospheric chemistry and climate research.”

Research into making biofilters more efficient could be key to New Zealand meeting its climate change targets and improving cattle farming long-term. Professor Peter Gostomski, a biofilters expert, leads a team aiming to dramatically improve the efficiency of biofilters in removing methane from dairy shelters. With 37% of New Zealand’s carbon footprint from methane produced by cattle, in order to reduce methane emissions by 10% by year 2030, biofilters could help meet this goal. “No-one has come up with a solution for nitrate leaching, other than getting cows off the paddock in autumn and early winter,” Professor Gostomski says. He believes a recent development called composting shelters would work well with his biofilters. These shelters allow cows to move around independently and contain wood shavings that compost over time. They benefit animal welfare and have had the unexpected advantage of improving milk production.

Who is legally responsible for protecting our ice caps? Could a Polar approach to climate change strengthen political and legal responses to climate change and other human activities in both the Arctic and Antarctic regions? UC Law Professor Karen Scott is co-editor of the Polar Law Research Handbook which explores these and other questions of law and policy relating to the Antarctic and Arctic. The Handbook brings together 35 leading international researchers exploring the Polar Law that applies to territory, peoples and activities in the Arctic and Antarctic regions. “There are Indigenous Peoples in the Arctic, in contrast to the Antarctic – and of course the geopolitical situation is quite different. The Arctic is largely
under the sovereignty of a number of states whereas the Antarctic is managed as an international space under the Antarctic Treaty System,” Professor Scott says. One possible benefit of identifying Polar Law (beyond law which applies to the Poles) is that it enhances the authority of the law, both within the regions themselves but also within other organisations such as the United Nations (UN) and the climate change regime.

Years of internationally recognised work were honoured in New Zealand’s 2021 New Year’s Honours list for Professor of Political Science Bronwyn Hayward. The passionate and dedicated academic was named a Member of the New Zealand Order of Merit (MNZM) for services to political science, particularly sustainability, climate change and youth. Professor Hayward has served as a Coordinating Lead Author for the Intergovernmental Panel on Climate Change (IPCC). She is co-primary investigator for the Centre for Understanding Sustainable Prosperity (led by the University of Surrey), leads the CYCLES Children and Youth in Cities Lifestyle Evaluation study in seven world cities, and is a well-respected and active researcher, author and media commentator. UC Vice-Chancellor Professor Cheryl de la Rey says, “It’s a great accolade that acknowledges the significant achievements of individuals who are UC academics. My heartfelt congratulations, and for contributing to our understanding of the world and for making a tangible difference for communities and for Aotearoa New Zealand.”

Located at UC, Gateway Antarctica plays a leading role in national and international Antarctic research. The Centre draws on interdisciplinary collaborative research networks across UC, and has three research programmes of global significance, and strategic importance. One programme engages in research on the causes, effects and responses of the Antarctic system to global change. Another programme focuses on individual species and communities and how they respond to environmental variability and change. The third programme engages in legal, historical, socio-cultural and policy analyses within the context of international law and foreign and domestic public policy.

On Carbon Net Neutrality by 2030

We have been monitoring our emissions for over 10 years now, and achieved certification in the Carbon Reduce scheme in 2011. We were the first University in the Southern Hemisphere to do both. Since 2010 our greenhouse gas emissions have reduced by almost a third. Current plans to achieve further carbon net neutrality by 2030 involve six priority actions: low carbon energy and carbon sequestration programmes; reducing air travel, fleet vehicle emissions, and building electricity intensity; and expanding our EV charging network.

In 2020, for the first time ever, a research team used a fixed wing aircraft to measure the thickness of a huge area of sea ice in Antarctica. Led by UC’s Glaciologist, Associate Professor Wolfgang Rack, the team measured the ice thickness by using a Basler BT-67 plane (modified DC-3) towing specialist equipment underneath, covering a massive area of around 800 kilometres. Associate Professor Rack explains: “Sea ice is important because it reflects sunlight, insulates the warm ocean from the cold Antarctic atmosphere and its formation controls global ocean circulation. How Antarctic sea ice responds to a warming planet is a key question in climate science, and as data sets are limited, this research will help place future change in context.” The team are planning another trip to Antarctica in late 2021 and the hope is, in future years, this can be done via satellite.

Emperor penguins are some of the most striking and charismatic animals on Earth. UC’s Dr Michelle LaRue participated in an international group study on emperor penguins. The group found that climate change may render this breed of (emperor) penguins extinct by the end of this century. By combining two existing computer models, the researchers ran the models using several scenarios in which global temperatures increase by varying degrees Celsius. Under one particular scenario of ‘business as usual’ they found there would be an almost complete loss of the emperor penguin colonies. “Basically, if we don’t hit the Paris Accord emissions goals, emperor penguins are in deep trouble,” says Dr Michelle LaRue.