A prominent mountain in Arthur's Pass National Park has been named after Charles Foweraker, a lecturer in charge of the University's first Forestry School at UC. 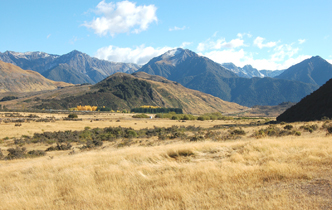 Mt Foweraker, to the right of centre, a view from the University of Canterbury's field station

A prominent mountain in Arthur's Pass National Park has been named after Charles Foweraker, a lecturer in charge of the university’s first Forestry School at the University of Canterbury.

Foweraker was a senior lecturer in botany and forestry and spent his working career from 1914 to 1951 at Canterbury College, now the University of Canterbury.

The university’s forestry researchers Professor David Norton and Dr Laura Young put the proposal to have the mountain named after the Professor Foweraker to the New Zealand Geographical Board.

Professor Norton says Charles Foweraker made many trips to the University of Canterbury’s Cass Mountain Biological Station with students and for research.

“He was a major user of the Cass field station and wider area during his working career. The mountain peak, 1804 metres high has now been named Mount Foweraker. It is the most prominent mountain peak when looking north-west from the field station towards Arthurs Pass National Park.

“This peak features conspicuously in early paintings from Cass and is probably the most photographed vista from the field station. We have just found out that our proposal has been accepted and we now have a Mt Foweraker between Sudden Valley and Red Beach Stream.

“It is gratifying to know that his work and teaching on News Zealand vegetation has been recognised with this honour,” Professor Norton says.