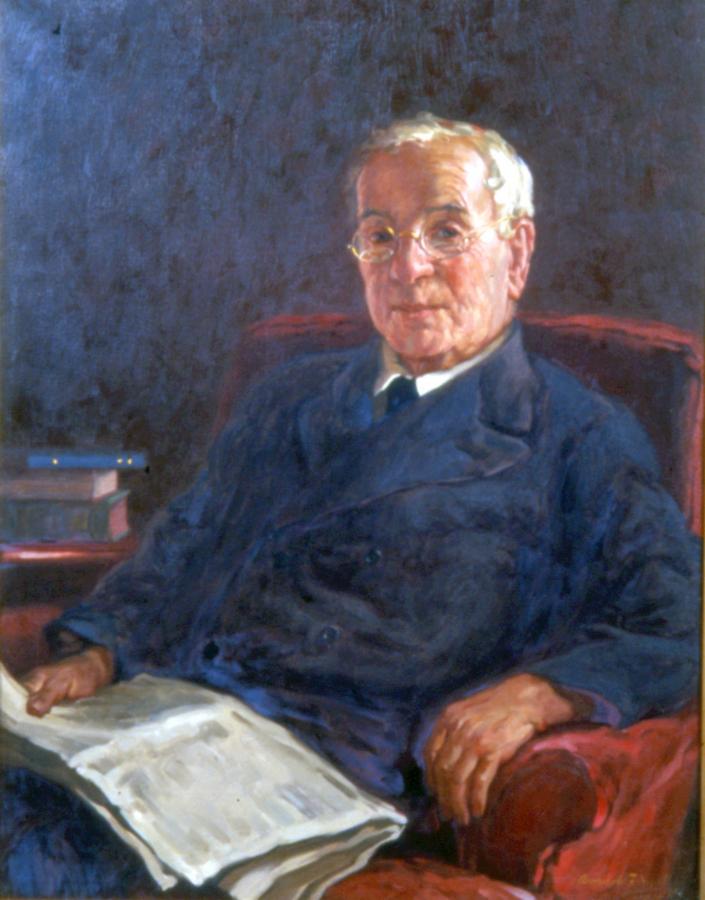 John Macmillan Brown (1846-1935) was born at Irvine, Scotland, the son of a ship owner, and educated at Irvine Academy. He proceeded to the Universities of Edinburgh and Glasgow, where he graduated with first-class honours in mathematics and English literature and gained the Balliol scholarship for an essay in mathematics, which he turned down. There he also gained a five-year Snell exhibition for classics and philosophy on which he proceeded to Balliol College, Oxford in 1869. Owing to insomnia he was unable to complete his final examinations at Oxford and graduated with a second-class honours degree.

A man of wide-ranging interests and an insatiable curiosity about the world around him, Macmillan Brown regained his health by working in Scotland for the Geological Survey of Great Britain (1873-74)1. Then, having rejected the offer of employment on a prominent London journal he applied for a university position in New Zealand. In 1874 Macmillan Brown was selected as professor of English and Classics, one of 3 foundation chairs at the newly established Canterbury College in Christchurch. Five years later the onerous duties of this double chair were rearranged and he taught English history and English literature until 1895, when he resigned on account of ill health.

By background, training and temperament Macmillan Brown was well suited to the demanding role of mentor and administrator. His commanding personality contributed to his reputation as perhaps the most outstanding university teacher in New Zealand before 1900. He was also one of the first practical pioneers in Australasia of higher education for women. His mastery of English literature was legendary. Several volumes of his notes on English classics were published. He also published (in 1894) a manual of English literature of the eighteenth and nineteenth centuries. Macmillan Brown was a member of the Royal Commission on Higher Education (1879-82) and was a member of the University Senate from 1879, Vice- Chancellor from 1916, and Chancellor from 1923 until his death (on 18 January 1935). In 1901 he published, under the pseudonym 'Godfrey Sweven', a novel entitled Riallaro, satirising life and politics in New Zealand. This was followed in 1903 by Limanora, a Utopia.

Macmillan Brown became very interested in Polynesian anthropology and ethnology, to which he devoted himself after his retirement, travelling widely in Pacific countries every year. About 1907 he began his series of publications on the Polynesian peoples, including Maori and Polynesian (1907), The Riddle of the Pacific (1924), and Peoples and Problems of the Pacific (1927). In 1908 he published a volume, Modern Education and in 1914 a travel book, The Dutch East.

In 1887 Macmillan Brown married Helen Connon, the first woman to graduate M.A. in New Zealand and the first woman in what was then the British Empire to take the M.A. degree with honours. She was Principal of Christchurch Girls' High School (1882-1894). Their daughters were Millicent (1888-1985) who married Archibald Baxter, and Viola (1897-1981) who married Antonio Notariello. Millicent and Archibald's son, James K Baxter, is well known as one of New Zealand's finest poets.