'Physics equips you with the tools required to explore the universe...'

Alistair’s PhD research in gravitational microlensing had him creating a programme that can quickly analyse astronomical objects no matter how far away or faint they appear.

‘I discovered new planets, there isn’t much cooler than that!’ He says. ‘I developed a system to automatically collect and analyse data, then publish results to a website, all with the aim of discovering new planets.’

Studying Physics was Alistair’s first choice from the get-go.

‘Physics equips you with the tools required to explore the universe. There is so much out there that we still don’t know and physics can help you make new discoveries. A background in physics gives you the broad skills to tackle almost any problem, from the very small in particle physics to the very large in astrophysics.’

Coming down from the UK after completing his master’s, Alistair chose UC to make the most of its international reputation for research resources.

‘It’s located in a beautiful country, where exciting research is undertaken with spectacular research equipment at the Mt. John Observatory,’ he says.

Alistair had the opportunity to visit the Mt. John Observatory through the Aurora Astronomy School, a UC programme aimed at year 13 students that includes a field trip to the observatory in Tekapo.

‘It was one of the best parts of my time at UC,’ he says, ‘seeing such interest in astronomy from young, very talented students, and feeling like I have played a part in helping teach and guide them for their future careers in whatever they do. I highly recommend all to get involved, as a school student to attend and as a postgrad to help out.’

He also received the Dennis William Moore Scholarship for his research using the observatory and the B G Wybourne Scholarship in Physics to support his PhD.

‘UC has a friendly environment, and a commitment to success clearly shown by all staff and students,’ he says.

After finishing his research, Alistair returned to the UK and worked at the University of Oxford, developing the UK Biobank software, that keeps an archive of medical results of over half a million people for use in clinical studies.

Later Alistair worked at the University of Leeds on a project called “Looking Inside the Continents of Space” (LiCS), which aims to detect tectonic strain and potential earthquake hazards by mapping areas using satellite data. The project was presented at The American Geophysical Union 2016, and has been featured on BBC News for its potential use in many different industries.

‘It made the medical database look tiny!’ he says. ‘We planned to process all data covering the whole globe from the European Space Agencies' Sentinel-1 satellites, about 2.5TB a day. I was working on a visualisation interface to show every point of data on a map (over 40 trillion points) where you can click and see the history of the movement of the ground at that point.’

Now a Monitoring Engineer with Anaplan, Alistair helps to maintain the company’s entire cloud networking platform, which is used by global businesses for management and strategy planning.

His work so far definitely fits into Alistair’s career goals to contribute ‘something new and exciting that benefits society’.

‘Learning a wide range of computing skills in an environment where I am problem solving on a daily basis has taught me key skills which enable me to explore a wide range of careers. I want to learn more about the universe and probe the unknown, make new discoveries, and learn the skills and techniques required to perform research in new, exciting areas.’ 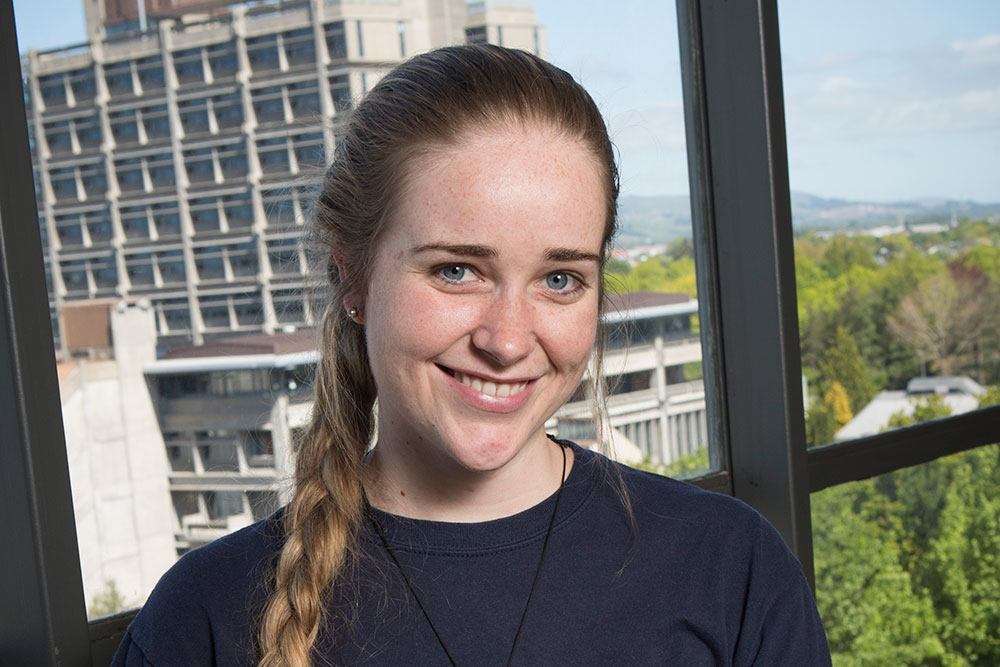