'My PhD is directly related to the work that I am doing within the community and throughout New Zealand...'

It is easy to say that Andrew has a passion for music and is a key component of Choirs in New Zealand. As Music Director for the New Zealand Secondary Students’ Choir, Andrew devotes much of his time to providing an enjoyable musical experience to the Kiwi audience.

‘I have always loved music. I have wanted to be a conductor since I was five years old. I remember singing in a school production and watching one of the teachers moving her arms around in time with the music and leading everyone. From this point on I knew that I wanted to do this,’ he says.

After graduating from UC with a MusB and later a MusB with Honours focusing on performance conducting, orchestration and analysis.

He later studied a Master of Music with Honours in Auckland in performance choral conducting, during which he conducted secondary and tertiary choirs. Andrew has also gained an ATCL (Associate Trinity College London diploma) focusing on voice.

Currently, Andrew has just about completed his PhD at UC, centred on choral pedagogy. His research hopes to improve choir singing without an accompaniment so that conductors and singers are able to hear any out-of-tune singing more acutely and correct this for a better performance.

‘My PhD is directly related to the work that I am doing within the community and throughout New Zealand.

‘It is fantastic to have the opportunity to focus on your passions and it’s very rewarding,’ he says. ‘I have always had a passion for choral singing and conducting, and I am so fortunate to be working and studying in my passion area.’

His efforts have been recognised through a UC Doctoral Scholarship to aid his studies, adding to the Vernon Griffiths Prize in Musical Leadership he received during Honours study at UC.

‘I chose Canterbury because we are in an exciting time of rebuild post-earthquakes,’ he says. ‘I really enjoy working artistically with a range of people.’

Andrew’s clear focus has certainly rewarded him with a fantastic musical career and research, but he has no plans to slow down yet, looking to become a ‘Professor at a university School of Music and have a career as a professional conductor,’ to incorporate his dreams of bringing music to a wider audience and to teach music to future students. 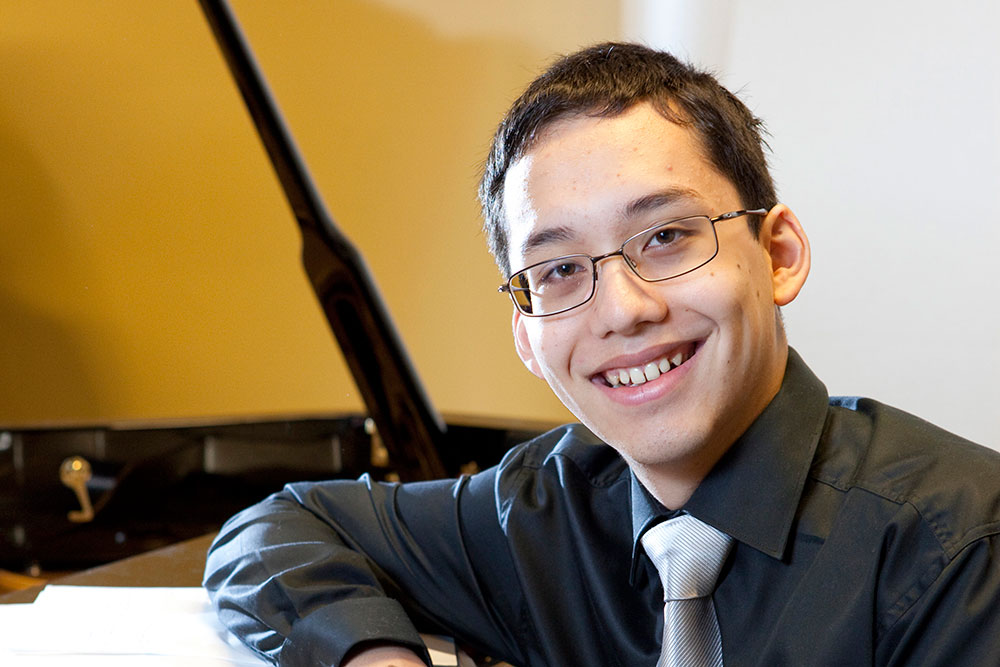