Arran’s role with the Crusaders is a dream come true, getting directly involved in the ‘inner workings of the most successful Super Rugby franchise’ reviewing and analysing performances of the team and the opposition.

‘Being involved in professional rugby in a full time position is something I have been aspiring to do since finishing school,’ he says. ‘Having the opportunity to work with players and coaches that I have grown up idolising is a truly awesome experience. Being involved in a team that I have passionately supported for years with some of the best rugby players and coaches in the world means that every time I arrive at Crusaders headquarters I am excited about the contribution I can give to the team.’

UC’s Sport Coaching degree was the perfect solution for Arran after health issues meant he had to stop playing rugby, but still wanted a career involving sport and supporting his favourite game.

‘This resulted in sport or physical education being the area in which I wanted to study. Not only did the BSpC course offer endorsements in Performance Analysis, Leadership or Strength and Conditioning, it also presented itself as a practical course with opportunities to gain experience throughout the degree while also including an internship in the final year.

‘Completing a three-year degree at a highly respected university with the possibility of interning with the Crusaders meant that deciding on UC and the Bachelor of Sport Coaching was an easy decision for me.’

The degree easily met Arran’s expectations with hands-on components and learning, and also helped him get a direct line into the sporting industry with coaching experiences.

‘It has a great practical aspect to it in which there are numerous classes where you are active and not restricted to sitting behind a desk for hours on end. Each year as part of the course you assume coaching responsibilities of a team which means that the learning taking place in lectures can be implemented in the coaching which you do,’ he says.

‘Dealing with children and teenagers in a coaching position can be quite demanding at times, but is very rewarding and beneficial in your own development as a coach and as a person. Many opportunities arise through the course for further personal development which helps build your sporting CV. The degree also covers all areas of sport including nutrition, psychology and history.’

Being able to tailor his degree with the Performance Analysis endorsement was ideal, incorporating technical skills alongside his rugby knowledge, and eventually lead to his current role.

‘Performance Analysis has since been an area which I have become excited and passionate to pursue. This endorsement allowed me to develop my computer skills which in turn allows me to competently code rugby matches and present information and statistics. I have also improved other skills such as identifying areas of strengths and weaknesses in team and individual performances.’

His final year internship placement with the Crusaders Academy saw him assist Performance Analysts with filming and coding training and games, and had direct interactions with players and coaches.

‘This allowed me to not only implement what I was learning in my classes at UC but to also gain great experience within a professional rugby environment,’ he says. ‘While completing paperwork required for the University aspect of the internship, I was also developing my rugby knowledge, witnessing what both professional and aspiring professional rugby players had to go through and assisting them in any way.

‘This internship also incorporated opportunities to help the Crusaders and Canterbury rugby teams as well as having an involvement in identifying future New Zealand rugby stars. I now see sport in a new light with a greater appreciation of what happens behind the scenes in sporting organisations.’

Having such a great start to his sporting career with some impressive experiences on his CV already, Arran has his sights set high for future ambitions.

‘A role with Canterbury or the Crusaders would be a dream come true while working overseas would also be an exciting opportunity. My ultimate ambition would be to work with the team that are undoubtedly at the pinnacle of world rugby, the All Blacks.’ 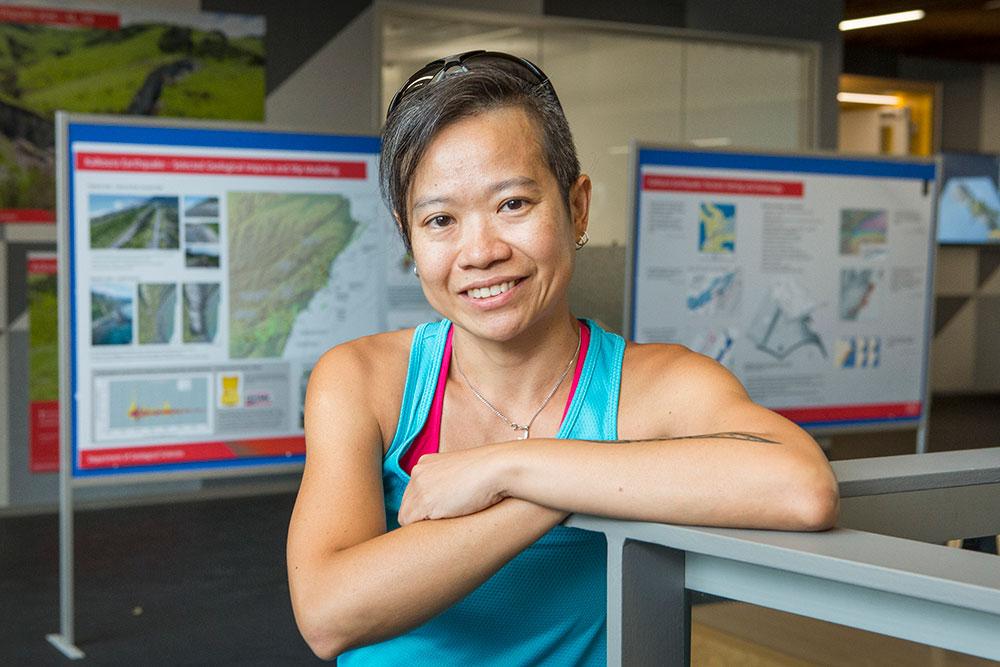