What’s it like to be a uni student in Christchurch?

Ōtautahi Christchurch just hits different. Choose to live your uni life here and you’ll receive an internationally recognised education in a brand-new city surrounded by all the good stuff the South Island has to offer. Let’s run through a few things super quick:

The cost of living in Christchurch is lower than other cities in New Zealand. It’s simple – rent is cheaper, eating out is cheaper, and getting out to awesome activities will cost you less. Make your money go further by choosing to live and study here.

There’s a heap of new stuff 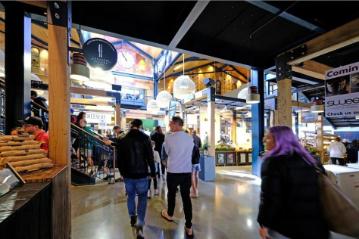 Yeah, so as you know Christchurch looks a little different than it did in 2010-ish. The central city is stacked with new buildings, laneways filled with shops that weren’t there before and fresh public spaces. Take a wander down City Mall and The Terrace and you’ll see what we mean.

The city is full of green spaces 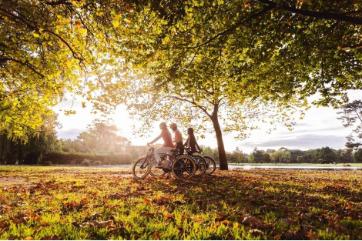 Not only are our campuses flush with big trees and lawns, our city as a whole prides itself on its open and green spaces. Did you know Hagley Park is the biggest of its kind in the Southern Hemisphere? AND the CBD has a river running through it lined with accessible hang out areas and public spaces. Plenty of spots for that stereotypical ‘studying under the shade of a tree’ vibe. 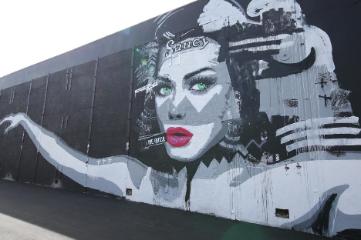 Christchurch has been named a global street art capital for good reason. Dozens of walls around the central city are decked out in murals, many of them part of a recurring street art festival that takes over the city streets. Find your favourite, grab a snap, and show all your mates back home what your new home looks like.

There’s a fair bit on

Christchurch is the country’s second biggest city, which usually piques the interest of promoters around the world. If a big name artist is coming to New Zealand, they often stop here for a gig. On top of this, the city’s event schedule is packed with things to do after lectures end. Make the most of big city life and get out there.

The South Island of New Zealand is on the bucket list of pretty much every traveller in the world, and you get to say, “oh yeah, that’s just my backyard”. Students are often the first on the ski fields in winter, the first on the waves in the summer, and the first to take up any opportunity to explore mountain tops, rivers, waterfalls and everything in between.

Sound like a bit of you? When you weigh up all your options, Christchurch just makes sense. Exciting right? We’ll see you soon.

Find out more awesome activities on the ChristchurchNZ website