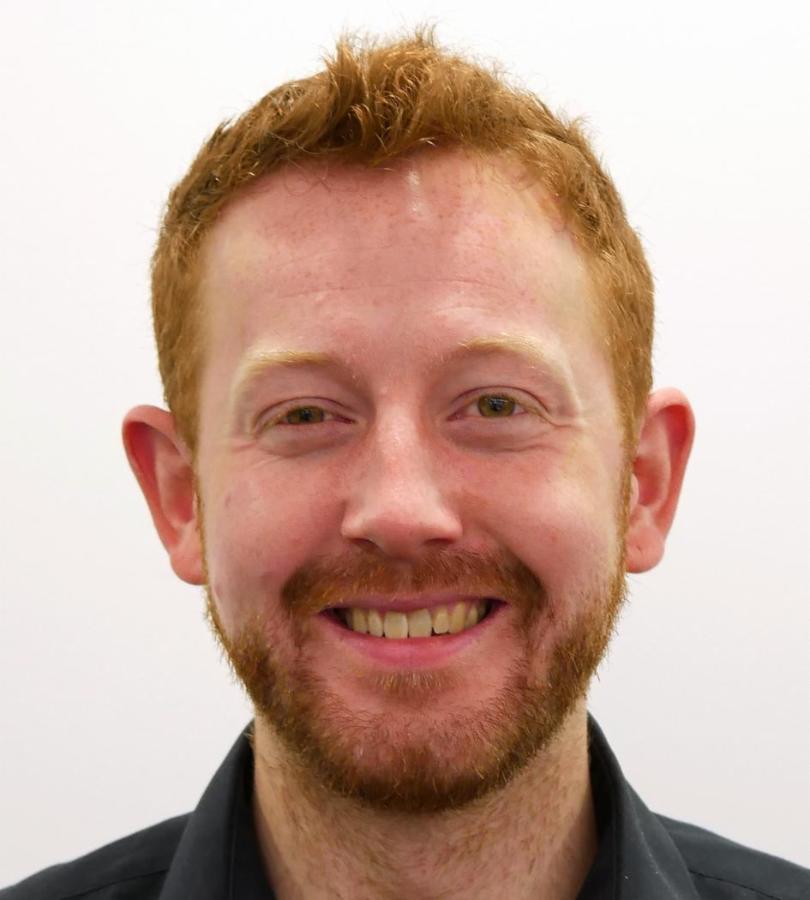 Dr Euan Coutts offers a practical approach to design. Right from the start of his career, Euan’s focus has been on the industrial relevance of product design to the real world.

“Design is applied problem-solving,” says Euan. “Often people think of design as purely aesthetic. However, aesthetics may only be a part of a given problem, or it may not be a priority at all – it is up to the designer to balance this with many other considerations.”

Euan is originally from Glasgow, Scotland, and was a student in Product Design Engineering – a blend of mechanical engineering and product design at the University of Strathclyde in the UK. Euan has worked on a variety of projects for diverse clients, such as an inclusive redesign of a public transport gating system, as well as the design of pump monitoring equipment; however, one of his projects was particularly unusual.

“One of the more unique projects was to design a robotic lure to train white-tailed sea eagles to hunt in captivity, as part of a programme to re-introduce the species in Scotland. This project forced us to re-think what was possible, as we had to take sea conditions, an inability for our client to communicate and the developmental speed of the eagle into consideration.” The prototype-led project was eventually included in a BBC and ITV documentary.

Euan was also involved in an award-winning re-design of buoyancy equipment for the UK Fire and Rescue Service for flooding and swift water rescues – a process which involved empathetic design, shadowing and co-design processes.

He graduated with a Masters of Engineering in 2009 and after various industrial placements, moved into Bioengineering to complete his Engineering Doctorate. This was a four-year programme of study and applied research that involved Euan training in medical and life sciences to undertake a project in artificial organs development, specifically developing a hemofiltration system to help aid in the treatment of sepsis.

“Sepsis is a major cause of morbidity and mortality. Our idea was to take a mechanical approach to look at how sepsis is propagated through the body and how we can mitigate its progression. To my mind, bioengineering is a form of design. How blood and machinery can work together – that is a design problem.”

Euan’s current research interests have developed to encompass the societal aspects of design, design methods, ethics and mortality in design and additionally the pedagogy of design and engineering education. A frequent presenter at international conferences, Euan has collected awards for papers and presentations in several of these areas, but also greatly enjoys his role as teacher and mentor.

“I like seeing the way people solve problems, because people don’t solve problems in the same way. It’s also great to see teams critique themselves, which is an integral skill for our students to have. I strongly believe in creating graduates that are capable and confident, so they can make a constructive contribution to the field they choose to pursue – whatever that might be.”