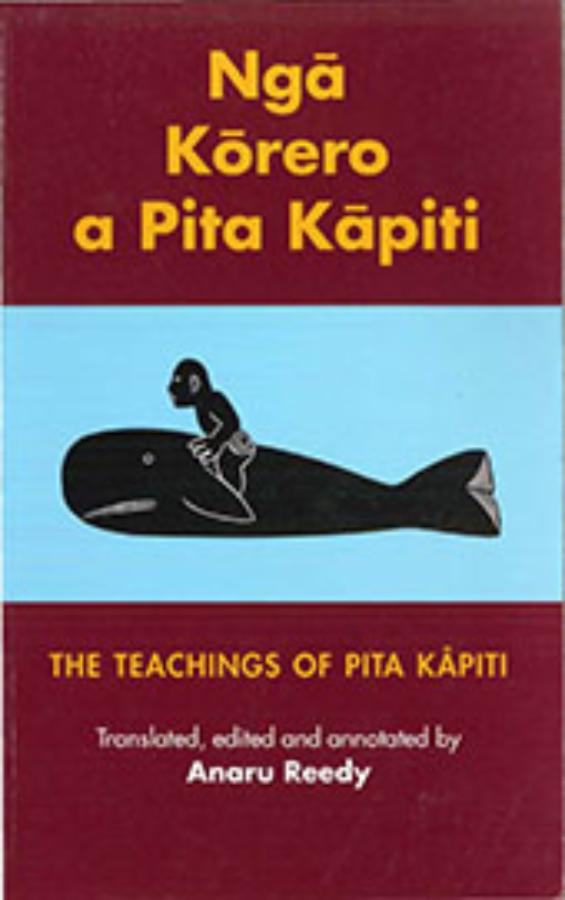 Ngā Kōrero a Pita Kāpiti: The teachings of Pita Kāpiti, translated, edited and annotated by Anaru Reedy, was first published by Canterbury University Press in 1997. A facsimile digital edition of the book has now been produced in association with the University of Canterbury Library. The digital edition, held in the UC Research Repository, is fully searchable and freely available.

In the late nineteenth century, the leading tohunga Pita Kāpiti, at Waiapu on the East Coast, dictated an account of the rituals surrounding the cultivation of kūmara and hue (gourds) and the hunting of kiore (rats), kererū (pigeons) and kākā. He also recorded many karakia and accounts of ritual and tradition, particularly those relating to the ancestors of Ngāti Porou. This first publication of Pita Kāpiti’s teachings includes the Māori text in full, an English translation, an introduction, extensive annotations and a selection of photographs.

A Teaching Fellowship allowed Anaru Reedy to spend a year in the Department of Māori at UC, 1990–1991, where he worked closely with Dr Margaret Orbell, and he received support for his studies from Macmillan Brown Centre for Pacific Studies. At one time Lecturer in Māori at the College of Education, Dunedin, he went on to become Tumuaki Māori with Creative New Zealand. His work on Nga Kōrero a Pita Kāpiti was carried out while he was Fellow in Ngāti Porou Oral History with the Historical Branch of the Department of Internal Affairs.