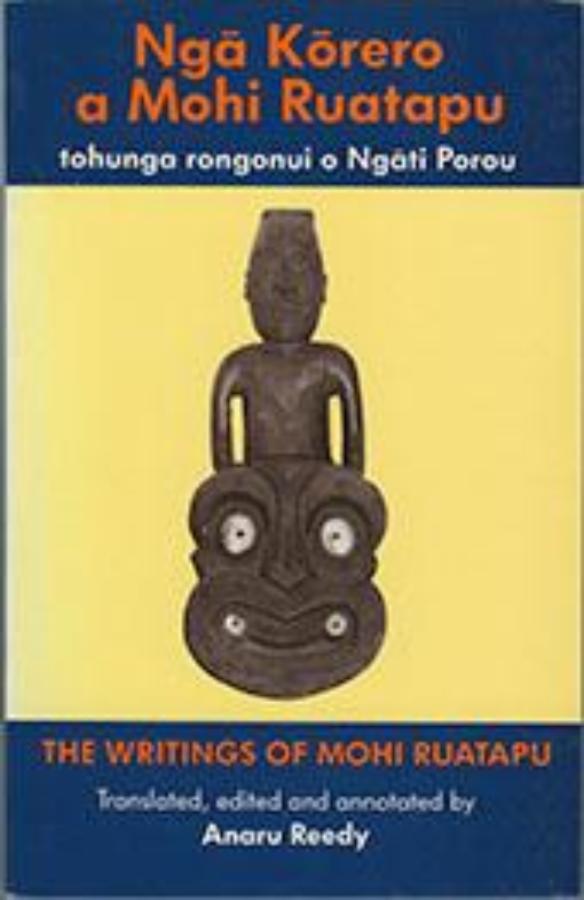 Ngā Kōrero a Mohi Ruatapu: The writings of Mohi Ruatapu, translated, edited and annotated by Anaru Reedy, was first published by Canterbury University Press in 1993. A facsimile digital edition of the book has now been produced in association with the University of Canterbury Library. The digital edition, held in the UC Research Repository, is fully searchable and freely available.

This landmark publication comprises two manuscripts written in the 1870s by one of the greatest tohunga of Ngāti Porou. Mohi Ruatapu, of Tokomaru Bay, was one of the teachers at the last Whare Wānanga (School of Learning) on the East Coast, north of Tūranga (Gisborne district). Much later, as an old man, he recorded the myths, legends and songs of his people.

Mohi Ruatapu’s writings are regarded as the most important single body of writing on myth produced by any nineteenth-century Māori writer. Prior to the publication of this book in 1993 only a few short extracts had been published. The work includes the Māori text in full with an introduction, English translation and annotations by Anaru Reedy.

A Teaching Fellowship allowed Anaru Reedy to spend a year in the Department of Māori at UC, 1990–1991, where he worked closely with Dr Margaret Orbell, and he received support for his studies from Macmillan Brown Centre for Pacific Studies. At one time Lecturer in Māori at the College of Education, Dunedin, he went on to become Tumuaki Māori with Creative New Zealand.