Truth or Treaty? Commonsense questions about the Treaty of Waitangi 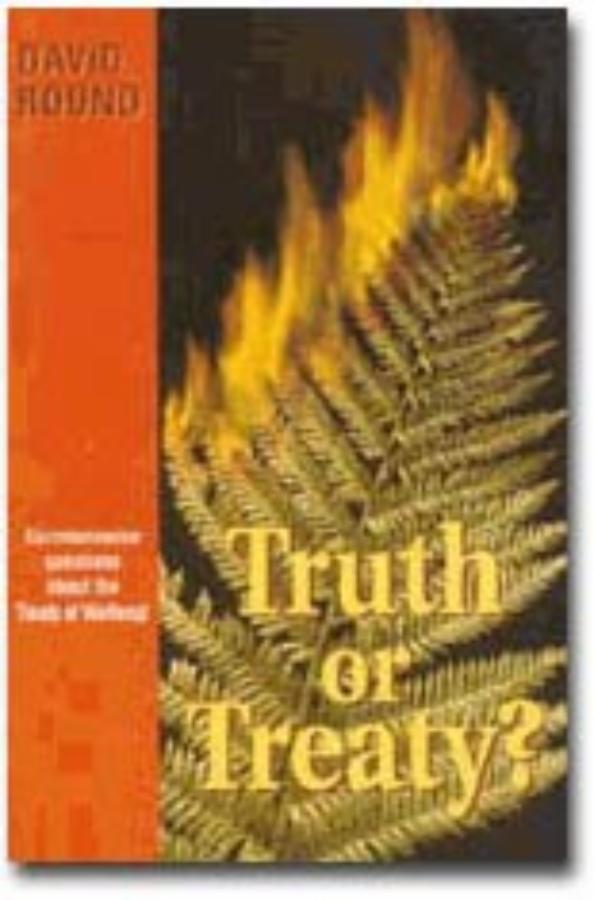 "The Treaty is a fraud" used to be a catch-cry of Maori activists - now, perhaps it should be shouted by Pakeha, argues David Round in this controversial new book. Following on from his thought-provoking series of articles on the Treaty and environmental issues in The Press, he examines the present enthusiasm for the Treaty as part of a wider revival of indigenous and local interests, the fragmentation and decline of the nation state and the West's loss of confidence in itself. Chapters consider the law relating to the Treaty, the nature of justice and particular questions concerning the conservation estate.

This is no reactionary right-wing rant against all that is new, but a sensible, refreshing and at times surprising book by an acute commentator on social and political issues.

"David Round's book is a welcome change to the depressingly unthinking orthodoxy that has now developed in New Zealand. It is a well-written book aimed at the intelligent layman. It asks straight-forward questions that need to be asked... Round's book desperately needed to be written... Buy it, read it and don't be afraid to ask questions. It may soon be too late." - The Press

"...an exceptionally good read, informative, well-researched, a contemporary criticism of incompetent handling of a thorny important issue that affects us all; controversial in the extreme, witty, but so very true." - The Southland Times

David Round , a lecturer in law at the University of Canterbury, is also well known as a debater, newspaper columnist and public speaker.