The End of the Century and other stories 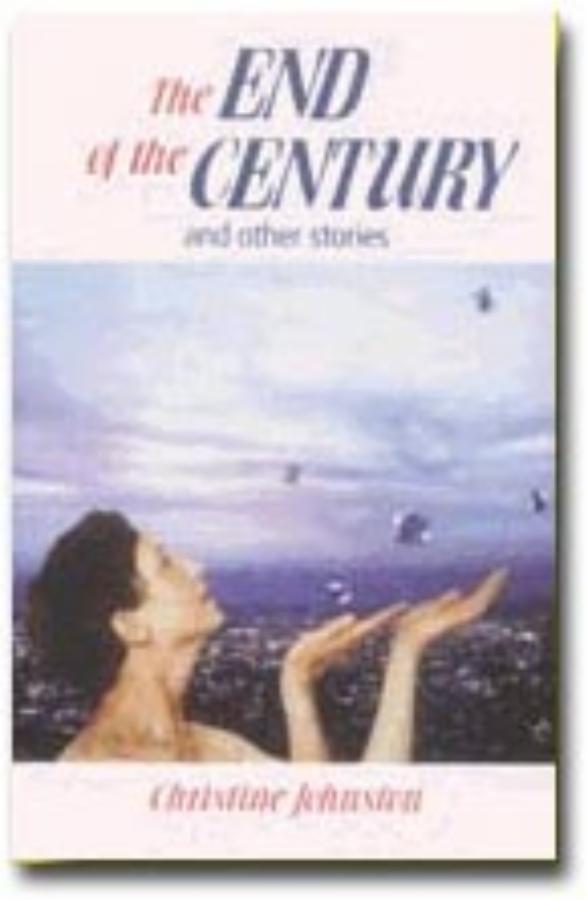 'I liked it so much because of the intensity and oddness of the vision... . Its great strength is a freshness and originality... ' - Angela Carter, reviewing Christine Johnston's novel Blessed Art Thou Among Women.

The same freshness is evident in this first collection of short stories from Christine Johnston. Sometimes funny, sometimes anguished, these stories include tales of childhood, adolescence and adulthood. Falling in love, breaking up, coping with death and failure, Johnston's characters are the people we brush shoulders with every day.

Some of these stories have appeared in journals (Sport, Landfall), in Metro, or have been broadcast on radio.

'... perception, empathy, the range from closely observed telling detail to impressionistic original imagery: there is brightness and verve and satirical humour, and perhaps rather more often, a surprising toughness, wry resignation and a steady regard of the dark side of life.' - Owen Marshall

'Johnston is excellent at conveying how people relate to one another, how they play their roles: the "other woman", the "second wife", the "good mother", the "wronged wife". A very enjoyable collection.' - Sunday Star-Times

'... Johnston's stories explore the 'burbs as the emotional hinterland, the place where most people live. There you get banality, but also epiphanies, minor moments of revelation, small truths, domestic realism... Do not underestimate the power of these stories. They expertly capture the furtive, gossipy interconnectedness of whole sections of middle New Zealand.' - Listener

'Johnston's well-developed characters are where her strength lies. To develop a character in the space of a short story displays an inordinate sense of skill with this genre... Not since reading Katherine Mansfield at high school have I had so much fun with short stories.' - Northern Advocate

'... the author manages in a fine economy of words to quickly set the scene, and in doing so, to capture the reader's interest.' - Otago Daily Times

'This book, by a sensitive and perceptive writer, will stay on my shelves to be revisited, and of course carefully monitored in my sharing with friends.' - Hawke's Bay Today

Christine Johnston is probably best known for her novel Blessed Art Thou Among Women, which won the 1990 Heinemann Reed Fiction Award and was published the following year. In 1994 she was the Robert Burns Fellow at the University of Otago, and her first novel for children, Goodbye Molly McGuire, was published. The Haunting of Lara Lawson and A Friend of Jack McGuire followed in the next two years. Christine lives in Dunedin with her husband Noel. She has two grown-up children.