The Basin: An illustrated history of the Basin Reserve 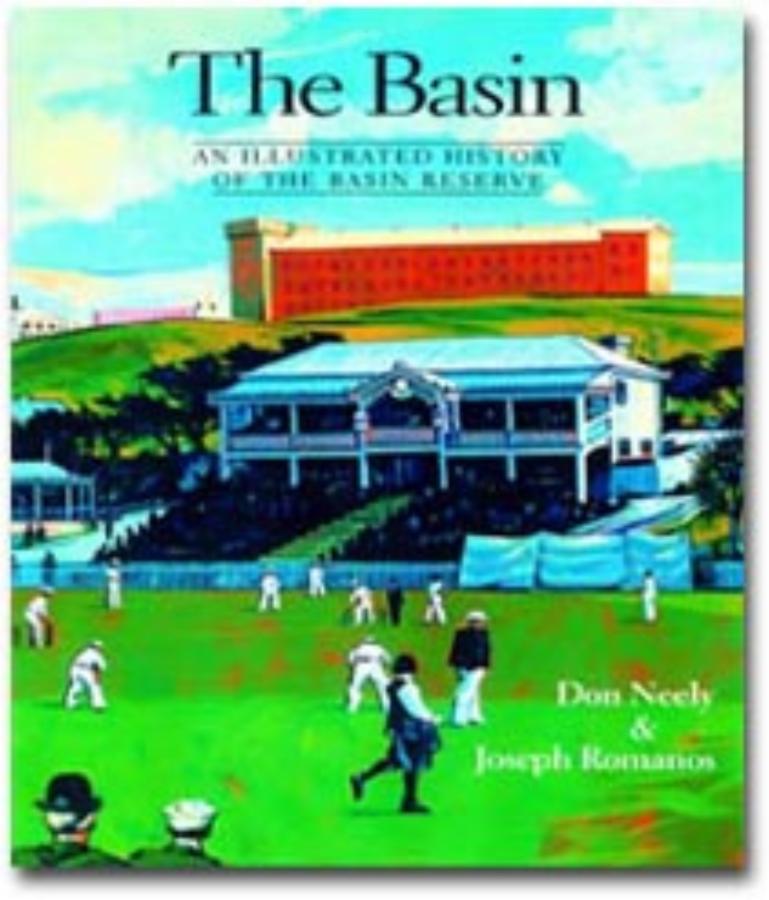 Wellington’s Basin Reserve is arguably the most famous sports ground in New Zealand. It is certainly the only one that has been granted National Heritage Place status. Since it was created by a major earthquake in 1855, it has constantly been reshaped, modernised and renovated. Through all that time, it has remained one of the major landmarks in the capital city.

The Basin, as it is affectionately known, has been one of New Zealand’s main international cricket venues for well over a century, and has hosted international rugby league, rugby union, soccer, hockey, athletics, boxing, Australian rules football and marching.

In addition, the Basin has hosted non-sports events as diverse as the 1945 VE Day celebrations, the 1908 Dominion Day activities, Archbishop Redwood’s Diamond jubilee gathering in 1934, Father Patrick Payton’s prayer meeting in front of 25,000 people in 1953, numerous band displays, Maori carnivals in 1900 and 1903, the Concert in the Park featuring Dame Malvina Major in 1994, and a display of ballooning in 1898 by Captain Lorraine, ‘the king of parachutists’.

Wellington writers Don Neely and Joseph Romanos have delved widely in presenting this pictorial history of the Basin. Many of the images have never previously been published. This is a story not only of the Basin Reserve but of a busy and ever-changing part of Wellington, including the Mt Victoria Tunnel, the Mt Cook Barracks, the Carillon, Wellington College, St Mark’s, St Patrick’s College, St Joseph’s School, Wellington East Girls’ College, the Boys’ Institute, the Caledonian Hotel, Government House and other neighbouring landmarks.

Don Neely has had a lifetime of involvement with the Basin Reserve. He is best-known for his involvement in cricket and over the years watched, captained and selected Wellington teams. He was a New Zealand cricket selector for 14 years, and the selection panel convener for seven. But Don’s experience of the Basin goes beyond cricket – he played soccer on the ground as a schoolboy and has attended many of the famous moments in the Basin’s history.
Don has for more than 30 years been a prolific writer of books and columns. His most momentous book was Men in White, the definitive history of New Zealand cricket.

Joseph Romanos grew up just along the road from the Basin Reserve and, as he attended Marist Newtown and St Patrick’s College, the ground figured prominently in his life from an early age. A well-known journalist and author, Joseph writes a weekly sports column for the Listener magazine and works for Radio New Zealand and Radio Sport. In addition, he has written 30 books, including biographies, coaching manuals, novels and histories.