Sliding Down the Hypotenuse 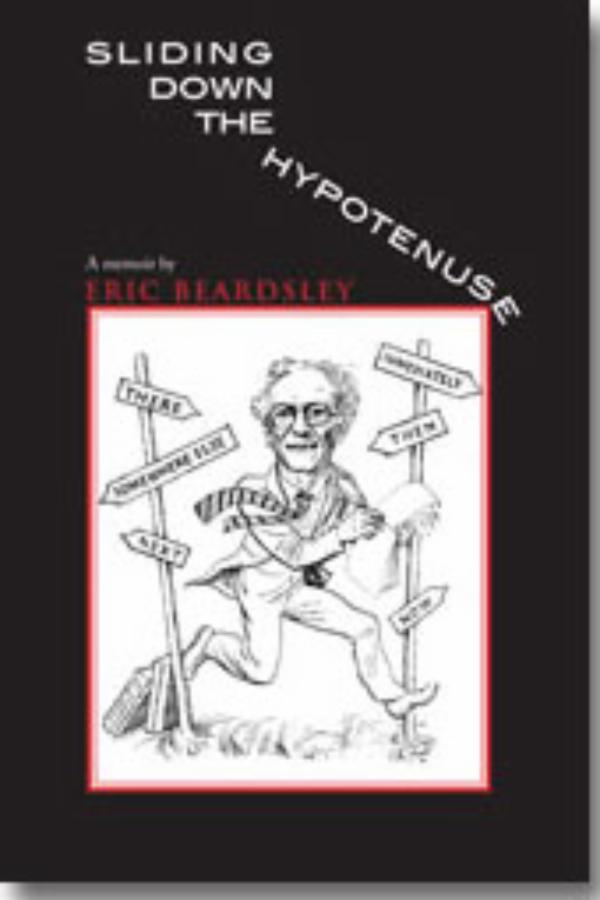 A memoir by Eric Beardsley

Sliding Down the Hypotenuse is an eclectic and wholly delightful mix of memoir, biography and history. Veteran journalist and broadcaster Eric Beardsley arrived in Christchurch from the West Coast 80 years ago, and in his full and varied life has devoted much time to observing the Canterbury scene, its people, politics and progress.

He gives a breezy account of a free-range childhood spent in the wasteland of sandhills and scrub that was Aranui in the Jazz Age of the 1920s and the miserable Great Depression days of the 1930s.

His is a story of distant and different schooldays when strap and cane ruled, where the Sugarbag Years dominated the lives of the workless poor, and of a career as night messenger, reporter, sub-editor and leader writer at the Press – work that did not always sit comfortably with his more radical outlook on life. As information officer for the University of Canterbury, he slipped readily into academic life for nearly a quarter of a century. He used his journalistic skills to tell the university’s story both to itself and to the city and province as it expanded into the spacious new Ilam campus, and progressed from a teaching to a learning institution intent on research.

Sliding Down the Hypotenuse is superbly written and rich in humour and piquant, punchy observation. It will bring lasting pleasure in its vivid portrait of a life well lived, of a province and its university, and of New Zealand over the last eight decades.

'Write yourself up and you save a life complete with the sensations, values and realities of other times. Such is the fascination of a personal memoir. Eric Beardsley of Christchurch does it winningly.' New Zealand Heritage

Eric Beardsley, 85, wrote prolifically as a journalist in Christchurch for more than 40 years.  Educated at Aranui Primary School, Christchurch Boys’ High School and the University of Canterbury, Eric was the father of six daughters. In 1960 he was awarded a Commonwealth Press Union travelling fellowship, which allowed him to study newspaper editing on Fleet Street and at the Yorkshire Post, and to take a Commonwealth Affairs course at Oxford University.