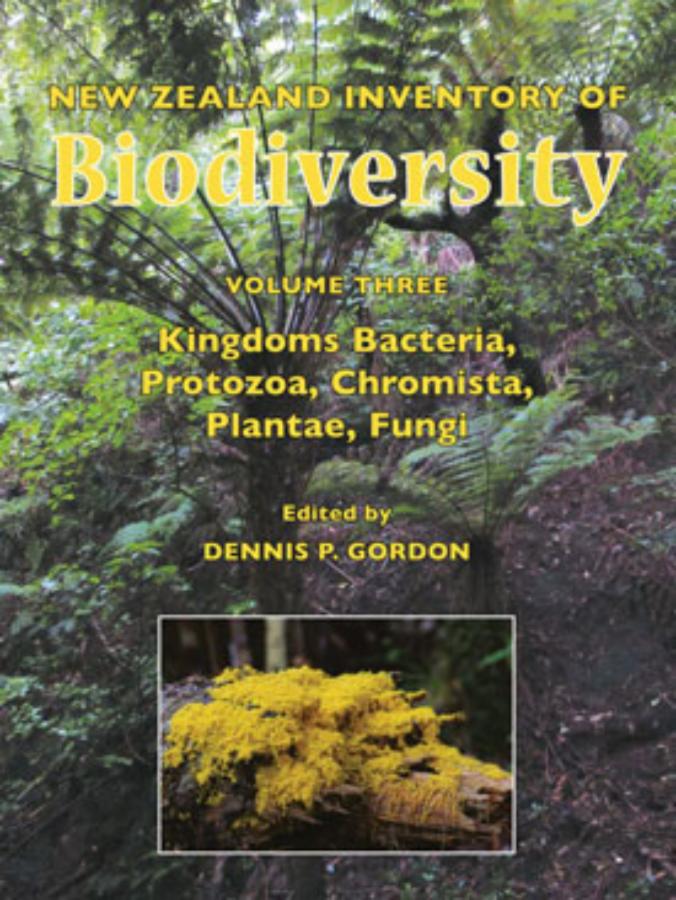 To date, only New Zealand has compiled a checklist of its entire living and fossil biota.

Approximately 52% of this country’s species are endemic – found only in New Zealand’s freshwater, marine, and land environments.

We have a responsibility to the global community to preserve this unique heritage or taonga. But further than that, all of our species – including many of the naturalised aliens included in the survey – are important to New Zealand’s economy, ecology and well-being.

Written for the advanced high-school and tertiary-level reader, these volumes are also intended to be a kind of ‘Cooks Tour’ of the kingdoms and phyla of life that will, it is hoped, provide an appreciation of the wondrous diversity of nature.

Dr Dennis Gordon FLS is a Principal Scientist at the National Institute of Water & Atmospheric Research (NIWA), where he led a marine biodiversity research group for 13 years.

Dennis serves on the international teams that are respectively co-ordinating the production of the Catalogue of Life and the World Register of Marine Species. He is a past chairman of the Royal Society of New Zealand Committee on Biodiversity.