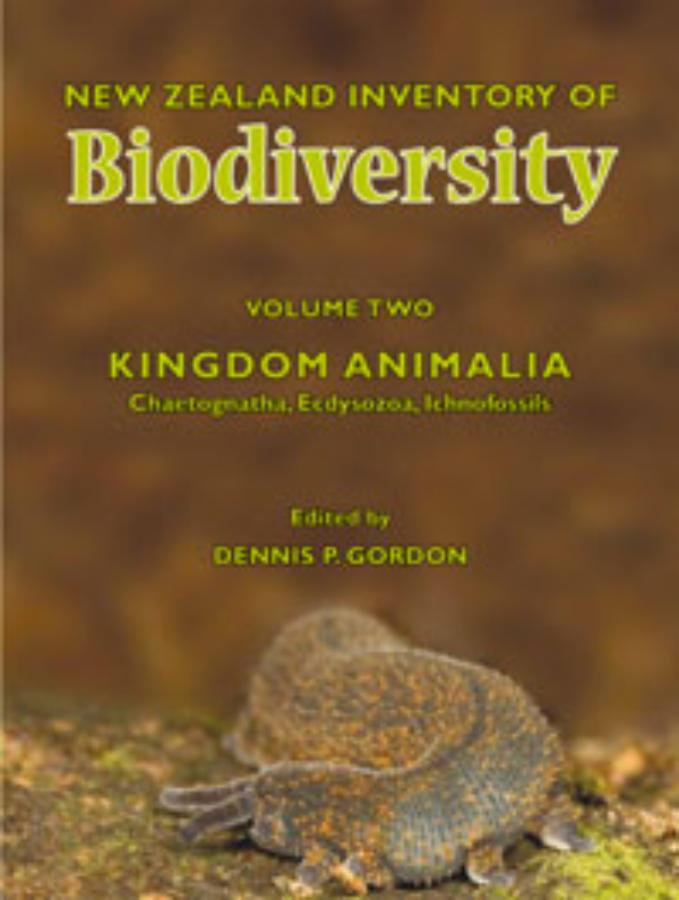 This volume is the second of three that provide a complete review and inventory of New Zealand’s entire living and fossil biodiversity – an international effort involving more than 220 New Zealand and overseas specialists and the most comprehensive of its kind in the world.

Together, the three volumes will list every one of the almost 55,000 known species of New Zealand’s animals, plants, fungi and micro-organisms.

Volume 2 mostly deals with the major branch of the animal kingdom known as Ecdysozoa (moulting animals), which includes arachnids, centipedes and millipedes, crustaceans and insects. It also includes the enigmatic phylum Chaetognatha (arrow worms) and concludes with a chapter on the fossil traces – ichnofossils – of ancient animal activities.

All three volumes are affiliated with Species 2000, an international scientific project with the long-term goal of enumerating all known species on Earth into one seamless list – the Catalogue of Life, a kind of online biological telephone directory.To date, only New Zealand has compiled a checklist of its entire biota.

Approximately 52% of this country’s species are endemic – found only in New Zealand’s freshwater, marine, and land environments. We have a responsibility to the global community to preserve this unique heritage or taonga. But further than that, all of our species – including many of the naturalised aliens included in the survey – are important to New Zealand’s economy, ecology and well-being.

Written for the advanced high-school and tertiary-level reader, these volumes are intended to be a kind of  ‘Cooks Tour’ of the kingdoms and phyla of life that will, it is hoped, provide an appreciation of the wondrous diversity of nature.

Dr Dennis Gordon is a Principal Scientist at the National Institute of  Water & Atmospheric Research (NIWA), where he led a marine biodiversity research group for 13 years. He was trained as a marine biologist, and his major research interest is the systematics, biology, and phylogeny of living and fossil Bryozoa.

Beyond this group, Dennis has a broad interest in all of life, and serves on the inter­national teams that are respectively co-ordinating the production of the Catalogue of Life and the World Register of Marine Species.

He is a past chairman of the Royal Society of New Zealand Committee on Biodiversity.