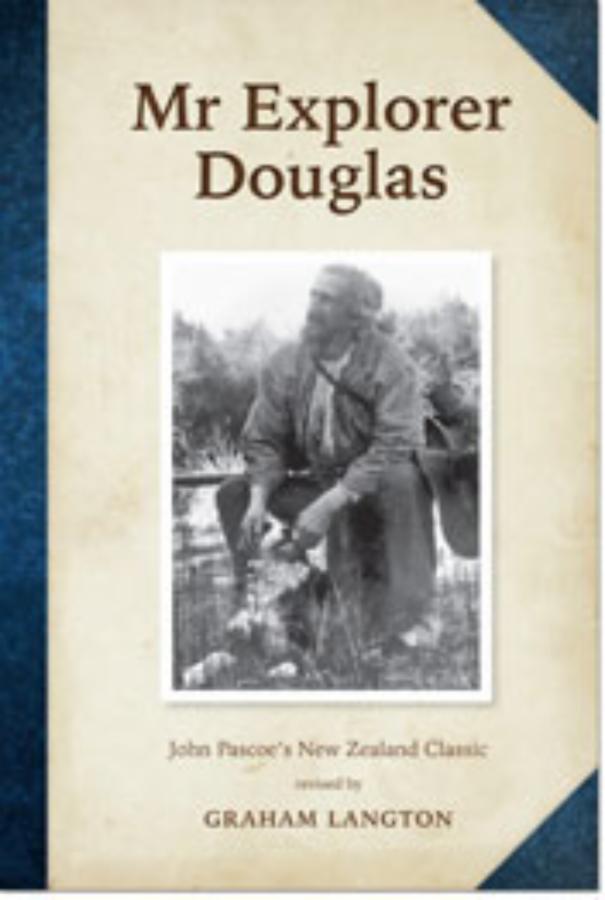 Charlie Douglas ranks as one of the great early European explorers of New Zealand. From 1867 to 1916 the Scottish-born Douglas lived on the west coast of the South Island, spending most of his time exploring, surveying and mapping the coast, the bush and the mountainous inland regions, in hazardous conditions, often for little or no pay.

Many years later the noted mountaineer and writer John Pascoe rediscovered and preserved many of Douglas’s writings and sketches. Pascoe’s original book Mr Explorer Douglas, a New Zealand classic, has long been out of print, but Charlie Douglas’s accounts of discovery continue to fascinate. Douglas recorded much of the geography and topography of South Westland, its ecology and conservation, at a time when this was scarcely known. He also demonstrated the determined qualities of Pakeha pioneering in New Zealand.

As with the original edition, about a third of this book is devoted to an account of the life of Charlie Douglas, and about two thirds to his writings, which have been only lightly edited. Errors have been corrected, new information added, new illustrations added (including many in colour), people identified and the text re-edited for modern readership.

Graham Langton’s revised edition of Pascoe’s 1957 book was first published in 2000 and reprinted with minor corrections in 2004, and with further corrections and a new cover design in 2016. It will continue to appeal to all with an interest in the New Zealand outdoors, nature and conservation.

‘The revised edition … retains the shape of Pascoe’s original – one-third biography, two-thirds writings from Douglas’ letters, reports and journal – but it is greatly improved.’ North & South

‘... it is welcome that Langton has revised and improved the original book while still devoting most of the space to letting Douglas’s own writings speak for themselves … Highly recommended.’ Press

'… this new book is a must for your library.’ FMC Bulletin

‘Mr Explorer Douglas is a treasure. I loaned and lost the Pascoe book; the Langton edition will not leave my study … Three cheers for Graham Langton who has kept Pascoe’s text but expanded it, adding useful footnotes and provided new illustrations.’ Dunedin Star

Graham Langton is an historian, writer and editor with a life-long interest in the outdoors, tramping and mountaineering. He completed a thesis on the history of mountaineering in New Zealand at the University of Canterbury in 1996 and has taught history at secondary and tertiary levels. He has written numerous papers and articles, given many talks on mountaineering and other topics and has contributed to several mountaineering books. His detailed examination of early guiding, Summits & Shadows: Jack Clarke and New Zealand Mountaineering, was published in 2011. He retired after 11 years as an archivist at Archives New Zealand in 2013 and continues to research and write.