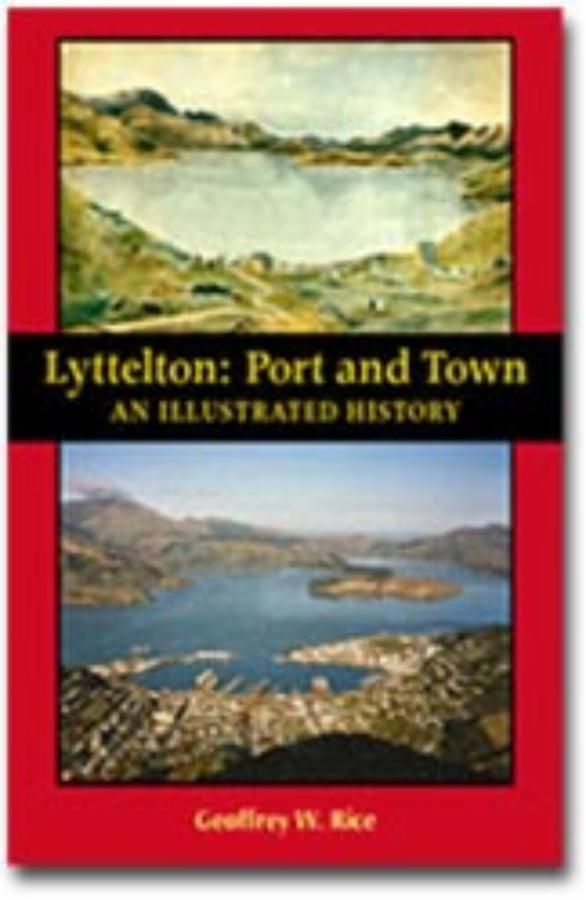 In the same format as the author's successful Christchurch Changing, this is the story of Canterbury's main port and one of its oldest boroughs. From the 'Pilgrim port' of the 1850s, with its single jetty to receive thousands of Canterbury Association settlers, Lyttelton grew on wool and wheat exports to become a bustling Victorian seaport, complete with graving dock and Timeball Station.

The 1867 railway tunnel that linked the port to Christchurch and the Canterbury Plains was the first in the world cut through the rim of an extinct volcano. Lyttelton was the setting-off port for British Antarctic exploration in the early 1900s, including Sir Robert Falcon Scott's ill-fated 1910-12 expedition, and in the 1950s it served the same purpose for icebreakers and supply ships for the US Deep-Freeze project at McMurdo Sound.

Troopships for the Boer War and both World Wars set off from Lyttelton, and thousands of New Zealanders can still recall the overnight inter-island ferry service between Lyttelton and Wellington.

As patterns of trade and goods-handling have changed, the port's appearance has altered considerably in recent years, but the town remains a colourful medley of seafarers, fishermen, railway workers and watersiders. Though many of its residents now work in Christchurch, thanks to the 1962 road tunnel, Lyttelton has attracted many newcomers, including such celebrities as Jim Hopkins and Joe Bennett.

Using many previously unpublished images from the collections of the Canterbury and Lyttelton museums, this book weaves the diverse themes of port and town into a narrative, noting key events and explaining patterns of change across 150 years.

Geoffrey Rice is recently retired as Professor of History at the University of Canterbury. His main fields of academic research included the social history of medicine and eighteenth-century British foreign policy. Black November, his account of the 1918 influenza pandemic in New Zealand, was shortlisted for the History section of the 2006 Montana New Zealand Book Awards, and his two-volume biography of the Fourth Earl of Rochford (1717–81), British diplomat and statesman, was published in 2010. He has also published the illustrated histories Christchurch Changing, Lyttelton: Port and Town and All Fall Down: Christchurch's lost chimneys with Canterbury University Press.