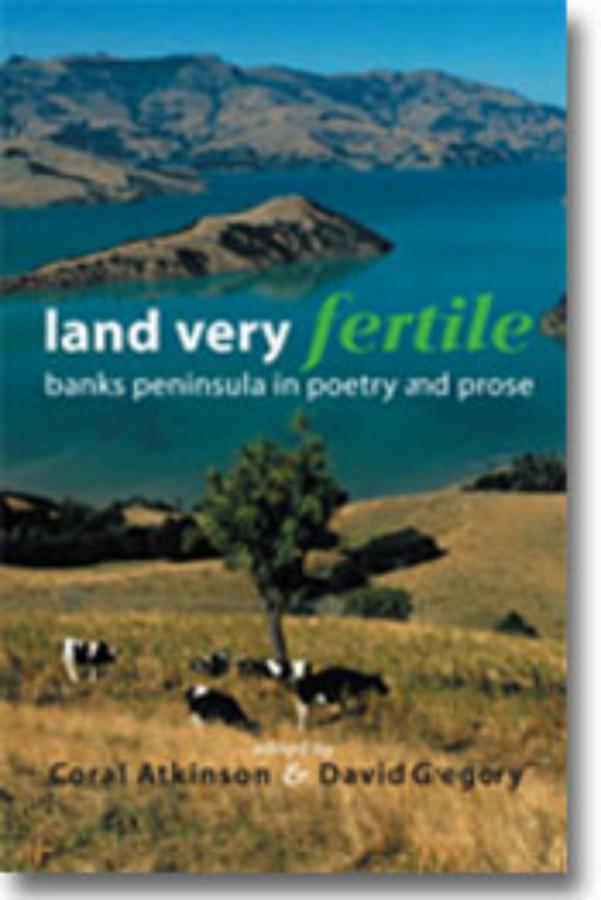 Banks Peninsula on the eastern coast of the South Island, New Zealand, is a place of great natural beauty, an area rich in legend and history, territory of the heart.

Land Very Fertile is collection of poetry and prose which seeks to capture the spirit of this much-loved and special region.

In an engaging mix of style and content the anthology embraces and reflects the peninsula’s unique heritage and charm. It is thematically arranged under the headings Beginnings, Places, People, Work, Holidays, Seasons and Weather, and Endings, and is a book to savour and treasure. Martin London’s highly evocative photographs speak eloquently of this lovely place.

Coral Atkinson is an Irish/New Zealand writer living in Governors Bay on Banks Peninsula. She has worked as a teacher, an educational journalist, and in book publishing. She currently tutors on the Whitireia Polytechnic Publishing Diploma course. Coral’s published work includes two novels, The Love Apple (Random House, 2005) and The Paua Tower (Random House, 2006).

David Gregory is a Christchurch-based poet active in the promotion of New Zealand writing. He is an editor for Sudden Valley Press and a member of the Canterbury Poets Collective. David has two books of poetry to his name, and a third in production. His work has been published and performed locally and internationally.

Martin London has been taking photographs since his school days in Oxford, England. He has never attended a photographic course. His work can be found scattered through books, magazines and in private collections. Martin is a GP, formerly in Akaroa and now in South Westland, where he lives with his costume historian wife, Karol.