In the Public Interest: Essays in honour of Professor Keith Jackson 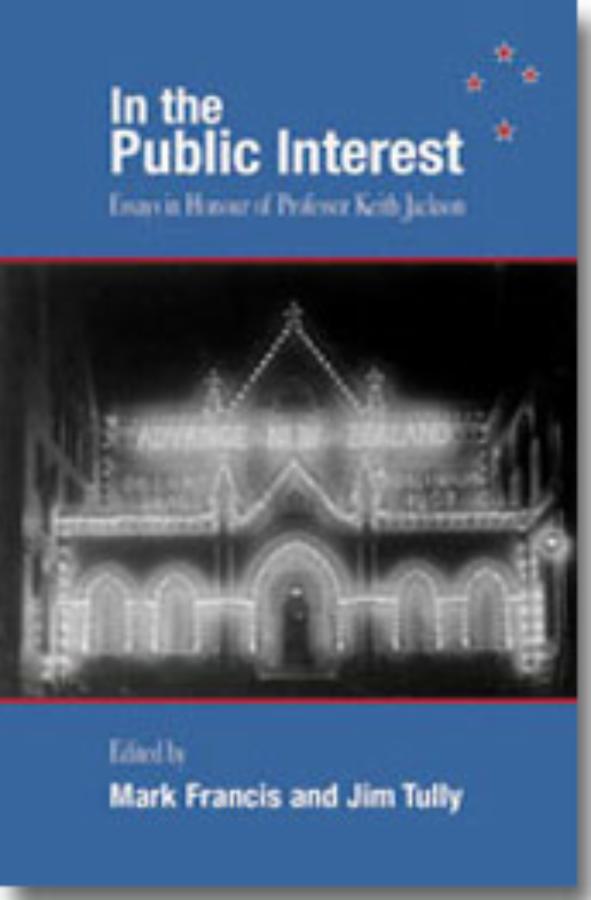 This subject is of increasing importance at a time when politicians are grappling with serious issues that call into question the boundaries between the private and public spheres.

The essays, by leading scholars and acknowledged experts in their field, reflect Keith’s own preoccupations with institutional politics and with communication.

Timely, readable and insightful, they will appeal to a wide audience.

Mark Francis is Keith Jackson’s successor in the chair of Political Science at the University of Canterbury and has worked extensively on the area of constitutional history, which was the subject that first brought Keith to academic prominence.

Jill Tully is Associate Professor and Head of the School of Social and Political Sciences at the University of Canterbury. He worked closely with Keith Jackson in developing Journalism at Canterbury and the two shared a deep interest in political communication.