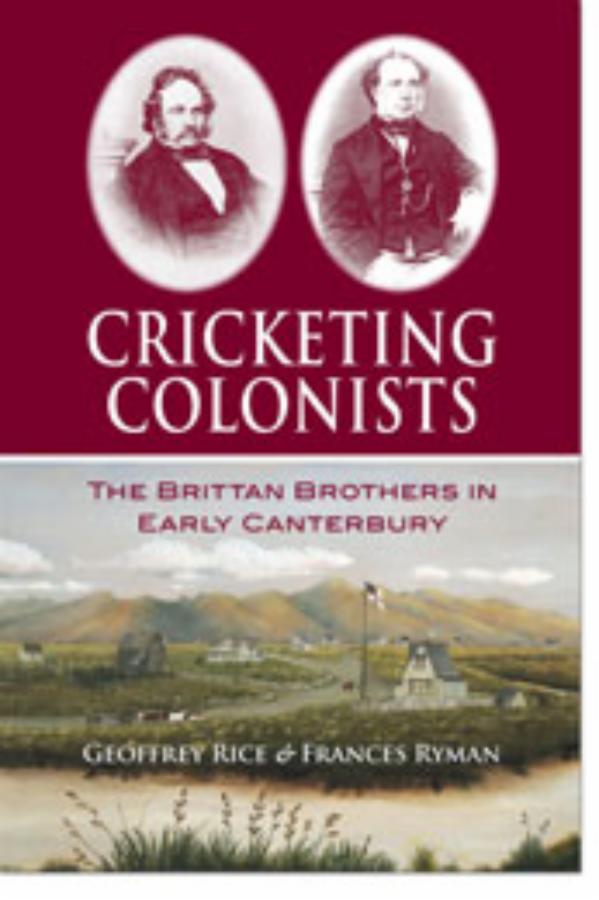 John Robert Godley, Edward Gibbon Wakefield, James Edward FitzGerald – these are the names that usually come to mind as the founders of Canterbury. But there was a fourth vitally important individual, arguably equal in importance to FitzGerald, whose story remains largely unknown. William Guise Brittan led the first Canterbury Pilgrims, chaired the Society of Canterbury Colonists and controlled the Land Office in early Christchurch. The ‘bell-wether man’ of the Canterbury project, he was the first to pay for land in the settlement, inspiring others to follow his example. William Guise Brittan was also known as ‘the Father of Cricket’ in Canterbury and established three churches in Christchurch. The city’s cathedral was built with stone from his Halswell quarry.

His elder brother Joseph, who joined him in 1852, had a significant influence on local politics, as a provincial secretary, and was expected to follow FitzGerald as superintendent, though he lost the 1857 election. A former newspaper owner, he also founded the Canterbury Standardin 1854 as a rival to the Lyttelton Times. He, too, was a cricket enthusiast.

The Brittan brothers were leading figures in the Canterbury settlement, and made substantial contributions to the province, yet they were unpopular, both their careers ended in failure and disappointment, and they have been mostly forgotten. This timely and fascinating account seeks to explain why, exploring their work and family lives (and their bank accounts), and along the way providing a richly detailed panorama of life and politics in early Christchurch.

Geoffrey Rice is Adjunct Professor of History at the University of Canterbury, where he lectured in European history for nearly 40 years until his retirement in 2012. His recent books, all about Christchurch and all published by Canterbury University Press, include Victoria Square(2014), Christchurch Crimes and Scandals (2013), All Fall Down (2011) and Christchurch Changing (2nd edition 2008).