Christchurch Crimes 1850-75: Scandal and skulduggery in port and town 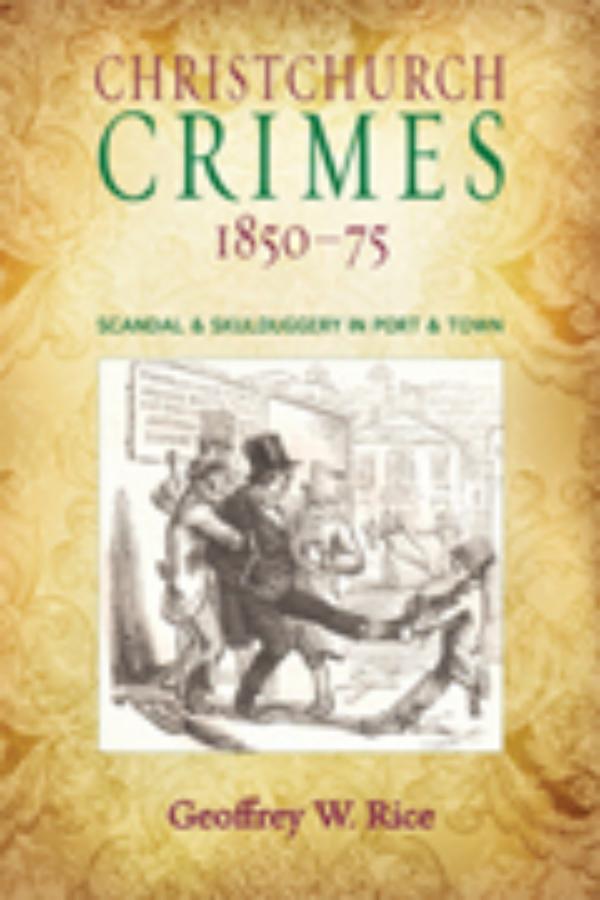 While researching nineteenth-century Christchurch newspapers for another book, historian Geoff Rice was struck by the diversity of crime in early Christchurch, and the amount of detail in the court reports. Fascinated by what he was reading, he became diverted from the task at hand and set about writing this book instead: about crime and punishment in the first 25 years of Canterbury settlement.

The stories are drawn from newspaper reports, with further detail added from police records and the court minute books. The events are contextualised by Professor Rice’s extensive knowledge of the times.

It is not an academic study; nor is it a work of fiction. Rather it is an attempt at evidence-based reconstruction of crimes and courtroom proceedings, opening a window on the lives and deeds of ordinary people who lived in this place over 140 years ago.

History is usually written by the winners, and it is rare to hear the voices of ordinary folk from the remote past. Yet such were the shorthand skills of 19th-century newspaper reporters that courtroom testimony and cross-examinations were often captured verbatim, especially in the more sensational murder trials. Reading these reports one can almost hear the voices of the past. We catch glimpses of cabbies, shopkeepers, clerks and housewives going about their daily work, with descriptions of homes or workplaces, and the occasional fight in a pub. The stories are often dramatic and even sensational, sometimes horrifying, sometimes amusing, often rather sad. Their crimes mirror the difficult realities of colonial life.

A window into Christchurch's criminal past has been opened by a new book.' Francesca Lee, Press

Geoffrey Rice recently retired as Professor of History at the University of Canterbury. His main fields of academic research included the social history of medicine and 18th-century British foreign policy. Black November, about the 1918 influenza pandemic in New Zealand, was shortlisted in the 2006 Montana New Zealand Book Awards, and his biography of the fourth Earl of Rochford, British diplomat and statesman, was published in 2010. He has also published the illustrated histories Christchurch Changing; Lyttelton, Port and Town; and All Fall Down: Christchurch' Lost Chimneys with Canterbury University Press.