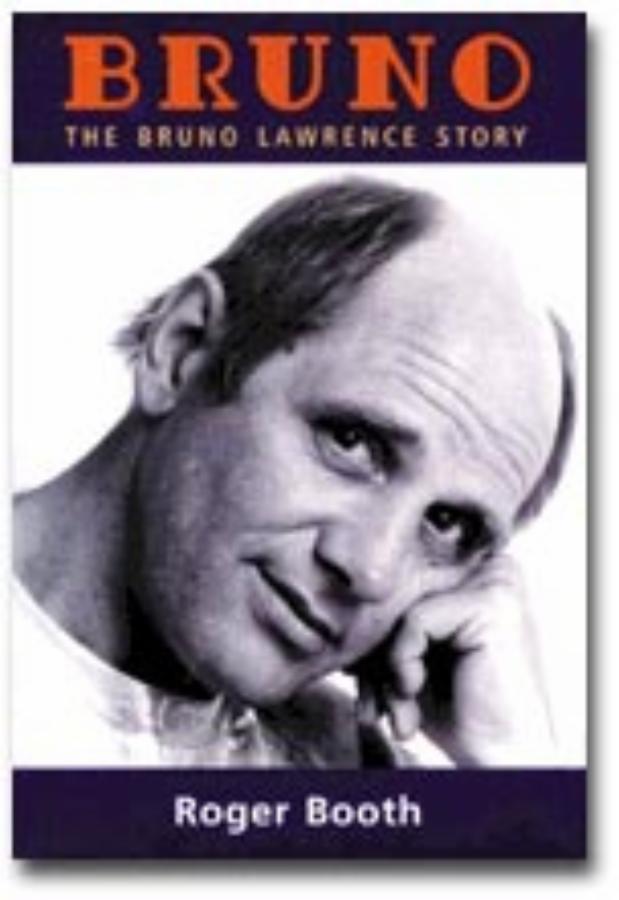 Bruno. The surname Lawrence seems almost superfluous, but the first name conjures up a whirlwind of memories. Music, touring theatre in New Zealand and Australia, films and television. From the 1950s until his untimely death in 1995 Bruno Lawrence was an enduring popular culture figure on both sides of the Tasman.

But Bruno also enjoyed an international reputation, with roles in feature films like Smash Palace, Utu and The Quiet Earth as well as major roles in television programmes such as Frontline (which propelled him to fame in Australia), and several academy awards.

Boundless energy, diverse talents, tremendous charm, a strong sense of fairness... these were just some of the qualities that made him so memorable. Yet this is no hagiography, for author Booth also explores Bruno's excesses, his improvidence and minor criminal activities (starting with the theft of a saxophone at age eight, and its redeeming aftermath).

This first biography of Bruno Lawrence will delight all who have enjoyed his music and films. Numerous illustrations add visual appeal to an amazing and enchanting story.

"Booth spent years assembling his information, and The Bruno Lawrence Story brims with it... Booth is at his best when he writes of the period when the Lawrence-we-think-we-know was being formed." - Evening Post

"Roger Booth has written a biography, Bruno, that puts together the huge jigsaw puzzle that made up this complex man." - The Press

"Booth has done a remarkable job of getting around friends, acquaintances and colleagues in music and film and family." - Sunday Star-Times

"... it is an excellent book... (Booth) provides a balanced and fascinating portrait of a memorable person, with many anecdotes from Bruno himself and the people he knew and worked with." - Dunedin Star

"(Booth) lets Bruno the man stride through the book as himself... this is a thoroughly readable biography, with plenty of photographs and good appendices. It does one of New Zealand's top artists great credit, reminding and informing us of the breadth of his achievements." - Otago Daily Times

Roger Booth became a family friend after teaching some of the Lawrence children at high school in Hawke's Bay. A former deputy principal, he is now Executive Officer of the Visual and Performing Arts national standards body, and lives near Wellington.