The Lost World of the Moa: Prehistoric life of New Zealand 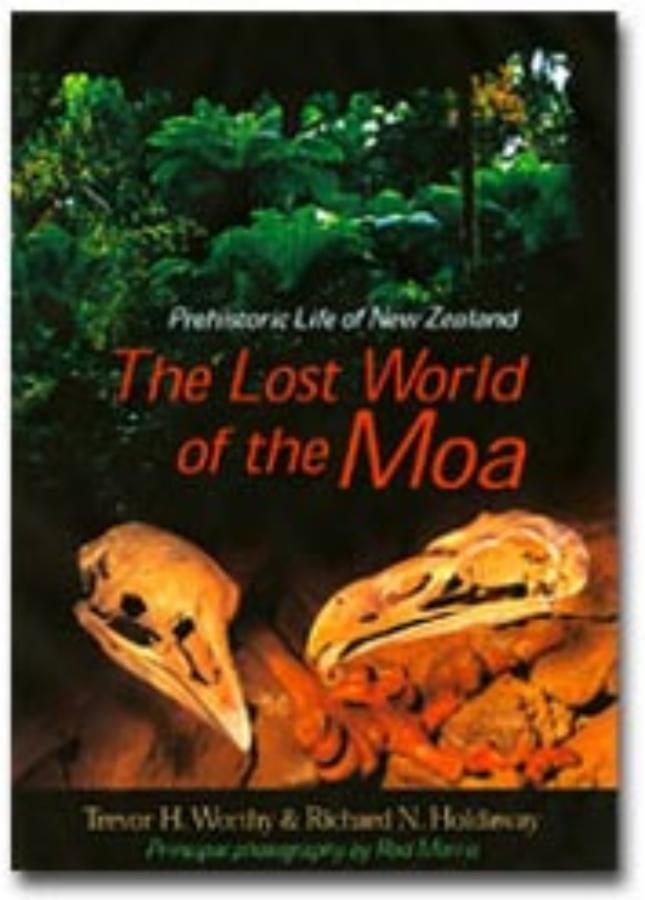 The Lost World of the Moa investigates one of the richest and most unusual faunas in the world: one that thrived in isolation for 80 million years, but in the past two millennia has been reduced to a shadow of its former glory. In one of the most dramatic extinctions of modern times, half of these species were removed from the planet forever- including the moas, those famous giant, flightless birds found only in New Zealand.

Trevor Worthy and Richard Holdaway summarise all that is at present known about the various species of moa, and reconstruct their life and ecology. Then they discuss Haast's eagle, the only predator of adult moa. Paying particular attention to the more interesting and unique forms known only or largely from the fossil record, Worthy and Holdaway describe the primary herbivores, the top predator and other species. These are placed in the context of the total fauna, where ducks, gruids, and even bats followed an evolutionary path towards flightlessness. Wonderful as these species were, most were ill prepared to face the immigrant predators &endash; first, rats brought by human visitors; then humans themselves and their other mammals.

Copiously illustrated and carefully documented from the most current scientific research, this book reconstructs a fascinating evolutionary experiment that survived all manner of climatic and geological change, only to succumb on contact with the outside world.

Trevor Worthy is a Research Associate at the Museum of New Zealand Te Papa Tongarewa (Birds Department) and a research scientist under private contract to the New Zealand government.

Richard Holdaway made headlines in New Zealand several years ago when he showed that the arrival of kiore (Polynesian rats) pre-dated the Maori. He is an extinction biologist specialising in the effects of human settlement and introduced mammals on pristine faunas. An independent scientist under private contract to the New Zealand government, Dr Holdaway is also an Adjunct Senior Fellow in the Department of Zoology, University of Canterbury.