Ten Acceptable Acts of Arson, and other very short stories 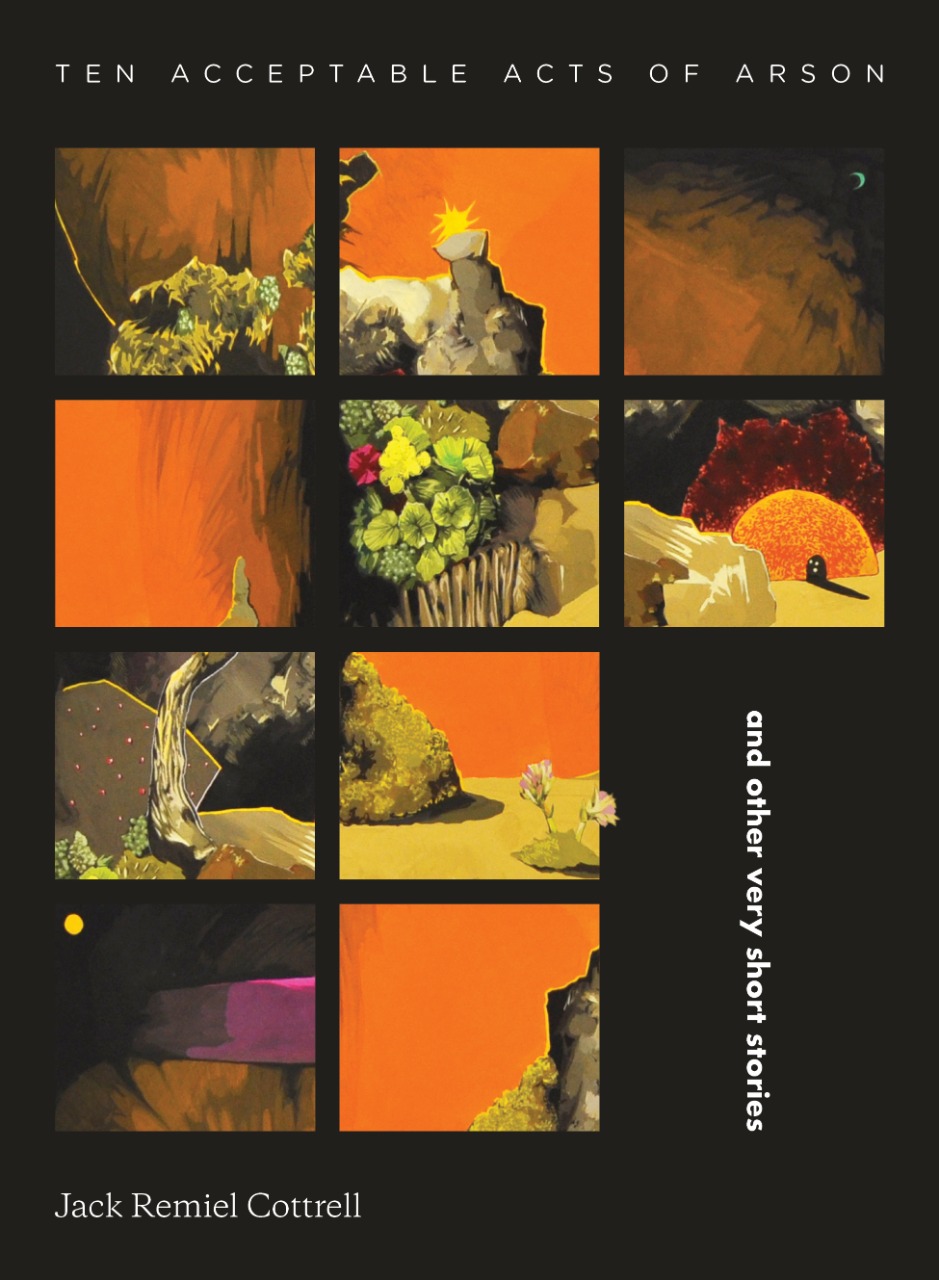 There are many messages in this book: Never go drinking using your passport for ID. Make sure to apply lidocaine before ripping out your toenails. Magic might be real, but it never fixes the worst of your problems. Try to fall in love with bastards. You or someone you know may be gayer than previously thought. We’re not going to make it to Mars. A locked psychiatric ward needs more books than a single copy of Jane Eyre. Asking time travellers for advice on your exams is considered cheating. It’s not just human houses that become haunted. The key message is this: Life in the early 21st century is often very strange. So are these stories.

With a crisp insouciance and gliding charm, Jack Cottrell’s fiery, fey, finely-tuned fictions leap from sci-fi to fantasy, comedy to horror, literary realism to romance, and to hybrids of all of these.

Featuring sport, friendship, love, health, family, climate change, artificial intelligence, desire, magic, Greek gods, ghosts, peanut butter, cyber pranks, racial prejudice, and creepy medical advances, his stories play with the allure of the past, the disturbances of our own times, and the dangerous idealism of our future technologies – each one in fewer than 300 words.

Jack is a writer and volunteer rugby referee who knows how to pack a lot into a small space, whether a story or an extremely organised sports bag. With Ten Acceptable Acts of Arson, has he worked out how to cram an entire universe into a pocket-sized capsule?

Jack Remiel Cottrell (Ngāti Rangi) grew up in Wellington and now lives in Auckland. His flash fiction collection was awarded the Wallace Prize for best manuscript in the University of Auckland Master of Creative Writing class of 2020. He has been published in numerous anthologies and online magazines, and his novella-in-flash Latter Day Saints was published in 2018 by Ad Hoc Press.