Pay Dirt: 'The Westland Goldfields', from the diary of William Smart 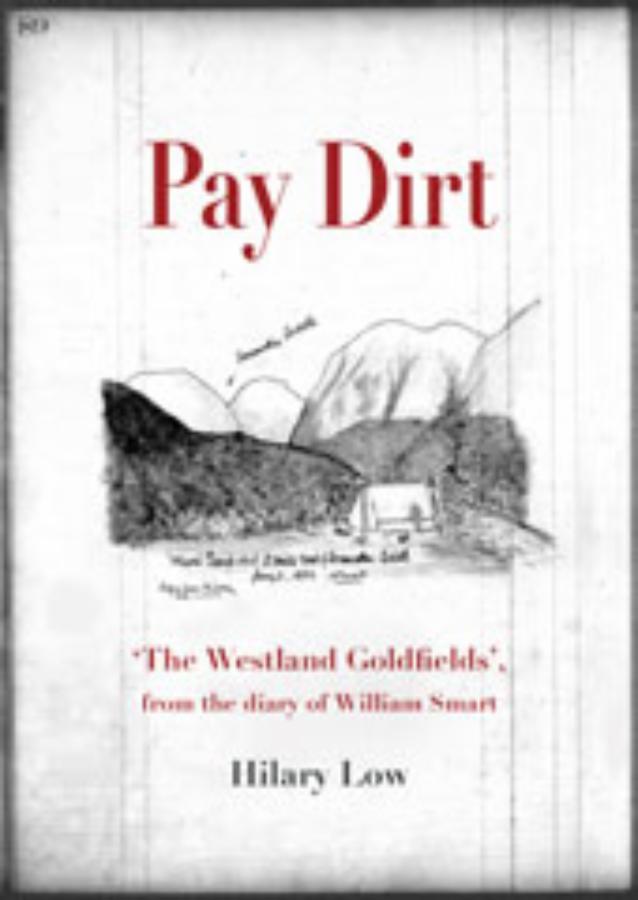 Pay Dirt: ‘The Westland Goldfields’, from the diary of William Smart is the fascinating story of how payable gold was discovered in West Canterbury, and of claims to the government’s rich gold reward. It tells how English settler, William Smart, left Christchurch in 1862 to prospect for gold in the uncharted wilderness of the West Coast. Then, in 1887, long after the Canterbury government granted another prospector the reward, which Smart regarded as rightfully his, he was provoked to write his own ‘history’ of the early gold discoveries.

‘The Westland Goldfields’ was his attempt to set the record straight; but, incidentally, he produced a unique eye-witness account of early Pākehā on the Coast, prospecting alongside Māori, braving the hazardous environment, isolation and ever-present risk of starvation – before the region was overwhelmed by the gold rushes of the 1860s.

Smart’s account, together with his drawings, is published here for the first time. Hilary Low has done a superb job of presenting Smart’s manuscript, and complementing it with a lively commentary on Canterbury’s quest for its own goldfield, and the extraordinary saga of its gold reward – a tale of hope and persistence, lies and fraud.

Hilary Low has a BA in English literature and a postgraduate diploma of librarianship from Victoria University. She has now escaped full-time employment for the pleasures of writing and gardening, among other things. Her first book, Pushing His Luck, about the 1863 expedition across the Southern Alps by Henry Whitcombe and Jakob Lauper, was published by Canterbury University Press in 2010. She lives in Wellington, but her family roots are deep in Canterbury.

Listen to Hilary Low being interviewed by Lynn Freeman on Standing Room Only.