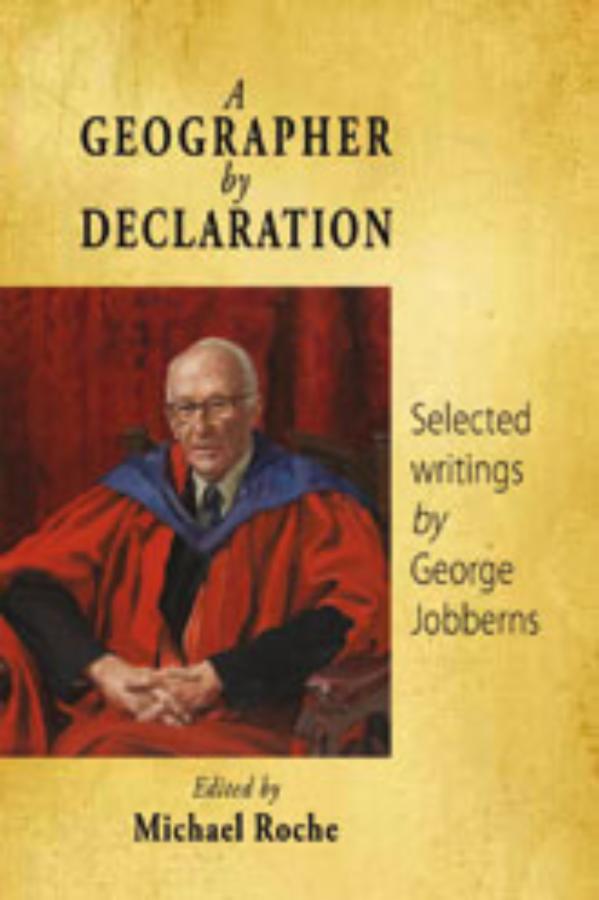 George Jobberns was appointed to the first geography lectureship in New Zealand in 1937, at what is now the University of Canterbury. Five years later he became the country’s first Professor of Geography.

In an era when the accent for academics was more on teaching than research, Jobberns nevertheless published widely, including journal articles, encyclopaedia entries, popular articles and school textbooks. His Whitcombe’s Regional Geography of the World ran to six editions and was the entry point to geography for many secondary school and teachers’ college students.

By the mid-1950s Jobberns had carved out a secure place for himself as an interpreter of the New Zealand landscape. He also travelled extensively overseas, attending and contributing to international conferences, particularly in the US. Over time, it was human and regional geography that increasingly attracted his attention, and this commemorative volume draws from his published and unpublished work on geopolitics, regional geography, and geography and geographers.

Michael Roche is Professor of Geography in the School of People, Environment and Planning at Massey University, Palmerston North. He was a geography student at the University of Canterbury and completed a PhD in historical geography there in 1983. He has published on various aspects of the interrelations of society, economy and environment in 19th- and 20th-century New Zealand, including contributions to the New Zealand Historical Atlas, the Dictionary of New Zealand Biography and Te Ara: The Encyclopedia of New Zealand.

He has a longstanding interest in the development of university geography in New Zealand, particularly in the movement of people and ideas between North America and New Zealand.