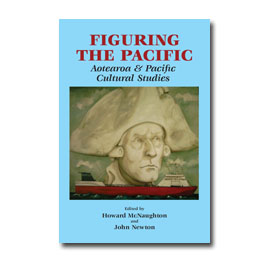 How to figure the Pacific? This has puzzled and intrigued people for the better part of a millennium.

Many would now ask in what terms we may talk of a singular Pacific.

The problem is an ancient one, as shown in the lead essay here, Robert Sullivan’s dazzling account of the spiral and the spiderweb as figures of multiplicity in the face of a reductivist mindset such as John Newton observes in the politics of ‘one rule for all’.

Between the two, this book offers numerous fascinating and complex figurations:

The collection concludes with a masterful essay by Ian Wedde, deftly engaging with many filaments of the book, from Newton’s comments on the political moment of its conception to Sullivan’s pronouncement of a ‘new culture spiral passing through the stomach of colonialism and out its mouth’.