Educating for the Profession: Law at Canterbury 1873–1973 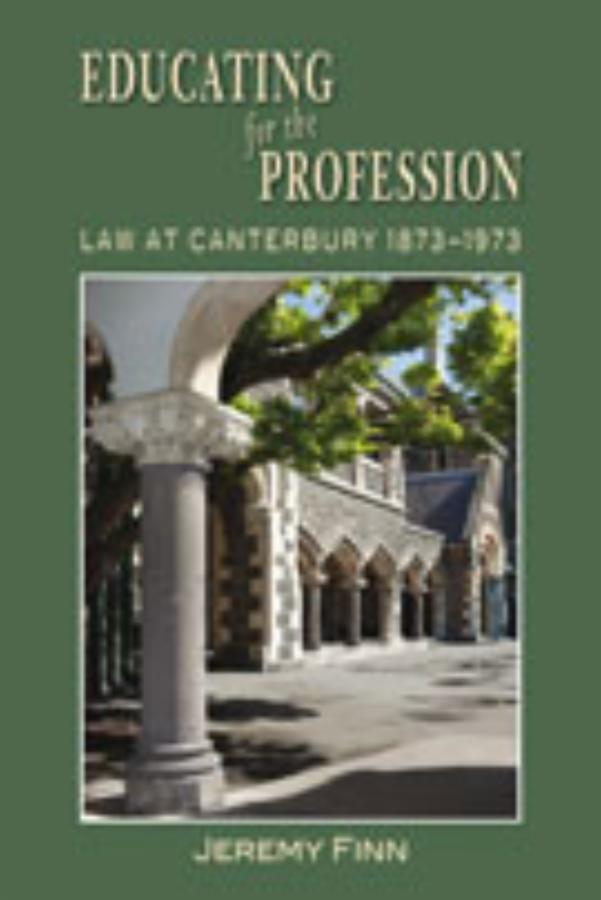 This is the first detailed exploration of the early history of legal education in New Zealand. It draws on extensive research into a range of historical material and periodical literature, as well as a rich
variety of accounts and recollections from former staff and students, to explore the first 100 years of teaching and study of law at Canterbury.

In doing so it offers a fresh insight into the often uneasy relationship between teachers and practitioners, particularly the long struggle over control of examinations for the law degree. It paints a vivid picture of the development of the ‘rival’ Law Professional qualification, and examines the ebbs and flows in the popularity of law as a career choice.

While exploring these national elements, this book remains grounded in the experiences of generations of students and their teachers in the very special Canterbury environment.

Jeremy Finn is a Professor of Law at the University of Canterbury. He has been connected with Canterbury for more than 40 years: as a student of history (MA (Hons) 1973) and then law (LLB (Hons) 1978), before joining the academic staff. He also served as LawSoc president in 1977. Jeremy was awarded a PhD in Law in 1995. He has written extensively on aspects of New Zealand and British imperial legal history, and also teaches and researches in the law of contract, criminal law, intellectual property and criminal justice.