Cultural Interactions and Interpretations in a Global Age 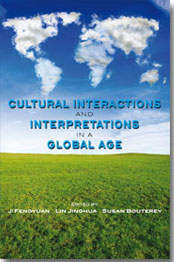 Globalisation creates pressures but it also presents opportunities. This book provides a stimulating and important contribution to the wide-ranging debate on globalisation, a phenomenon that is transforming the world.

Its papers derive from a conference of the same name, held in Christchurch in August 2008. The conference was organised jointly by the School of Languages and Cultures at the University of Canterbury and the Department of Comparative Literature at Capital Normal University, Beijing. The papers are divided into four sections, each dealing with a particular aspect of globalisation:

The book’s introduction places globalisation in its historical context and links all the papers to wider issues.

It suggests that while wholesale resistance to globalisation is probably futile, peoples in different parts of the world have never just copied foreign ideas and models uncritically, but have selected and adapted those that they find useful. It suggests that we can preserve our own traditions where they still work for us.