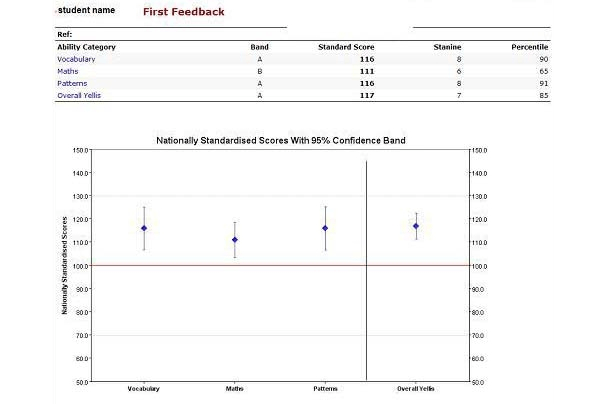 The baseline is a test of developed abilities in vocabulary, mathematics and patterns.

What to look for: Consistency across all four developed abilities or else significant differences indicated by error bars that do not overlap. 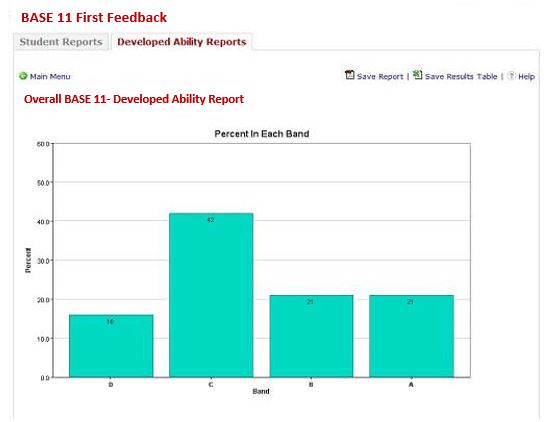 The quartile graphs indicate to a school what their intake is like, compared to the entire BASE11 cohort that year. Quartile graphs show the percent of a school's BASE11 scores within each quartile band. Quartile graphs are produced for each developed ability category: Vocabulary, mathematics and patterns, as well as a quartile graph for the overall BASE11. 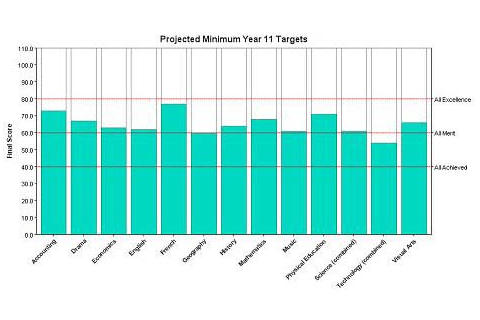 The shaded bar for each subject indicates the NCEA achievement of similar Year 11 pupils the previous year.

Actual values are approximate and the important focus should be on whether the pupil is expected to pass all credits in a subject with achievement, merit or excellence, or what proportion of their subject should be passed with each of these grades.

Since pupils currently register for an average of 20 credits per subject, the three horizontal lines are set at this value, but they can be moved. Calculation of targets are found by putting a pupil's BASE9 score into the previous year's regression lines for each subject.