100 Years of Economics at the University of Canterbury

The year 2020 marked the 100-year anniversary of the establishment of the Economics Department at the University of Canterbury. It was in 1920 that the first Professor of Economics, John Condliffe, was formally appointed, and this milestone marks the historical starting point for the Department.

Over the ensuing 100 years, there have been a great many important events in the Department’s development, and many important people who have left their mark upon the Department. This time-line, which is a live ‘work-in-progress’ document, captures many of these events and people. We hope it is both interesting and informative.

1920: The Board of Governors of Canterbury College, founded in 1873 as a constituent college of The University of New Zealand, appointed John B Condliffe (MA, NZ) as the inaugural professor of economics on the advice of a selection committee headed by Professor A C Pigou. Economics or Political Economy had been taught from 1879 in the BA and MA degrees in the Department of History and Political Economy by Professor J.Macmillan Brown and a number of assistants, including James Hight. Albert H Tocker (MA, NZ) appointed as assistant to Condliffe.

1926: Condliffe resigned on appointment as research secretary at the Institute of Pacific Relations at Honolulu. Tocker appointed to succeed Condliffe on the advice of selection committee headed by A C Pigou.

1932: Tocker appointed to a committee chaired by James Hight to produce a report to the NZ government on the causes of the depression in NZ and policy options.

1933: Tocker attended the World Monetary and Economic Conference in London, convened by the League of Nations, to suggest recovery policies from The Great Depression.

1937: Lawn resigned to be the inaugural Economic Adviser to the Reserve Bank of NZ and was temporarily succeeded by Alan Low (MA, NZ) who later joined the  Reserve Bank as a research economist and subsequently rose to be its Governor in 1967.

1946: Simpkin resigned to be Professor of Economics at Auckland University College and was succeeded by Danks.

1948: Tocker’s retirement from Chair of Economics and Rectorship of Canterbury University College.

1950: Cornelis Weststrate LLD (Leiden), a professor from Leiden University appointed to succeed Tocker to the Chair and Headship of Economics.

1951: Weststrate appointed Dean of Commerce till 1958. Danks became a member of the College Council till 1956. Paul Samuelson’s Economics text adopted as a first year text.

1960: Danks appointed as Dean of Arts for 3 years and as a founding member of the University Grants Committee.

1962: Frank Tay BA Hons (W Aust) was appointed as assistant lecturer in 1962. He was promoted to Senior Lecturer in 1969, and served a 3 year term as Head of Department from 1978-81. Although he officially retired in 1989, he has remained associated with the department in a variety of roles right up to the present day. This represents an involvement with the department of 59 years, over half of the centenary period! 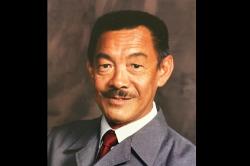 Frank tay in his retirement year.

Click here to listen to Rosenberg asking the then NZ Prime Minister (Robert Muldoon) potentially the longest economics question ever asked on a radio broadcast.

1968: Economics admitted to Faculty of Science. Debreu’s Theory of Value used as one of the texts for graduate course in Mathematical Economics. Brownlie appointed Dean of Commerce for 3 years and as member of the Sixth and Seventh Groups of Experts on Programming Techniques, chaired by Jan Tinbergen at ECAFE in Bangkok. Michael P Todaro BA (Haverford) PhD (Yale) appointed lecturer, but did not take up appointment.

Visits by imminent economists
Tjalling Koopmans, Gerard Debreu, and Joseph Stiglitz visited the department in the decade of the 1960s, and all of whom were awarded Nobel prizes in economics (Koopmans in 1975, Debreu in 1983, Stiglitz in 2001).

1972: Rayner appointed as Professor and Richard Manning BA (Otago) MA as lecturer Brownlie appointed as Chairman of the NZ Monetary and Economic Council.

1979: Econ 210, a second year course in quantitative methods for econometrics and operations research, taught jointly by Economics and OR staff. Retirement of Rosenberg. 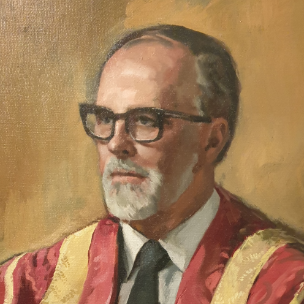 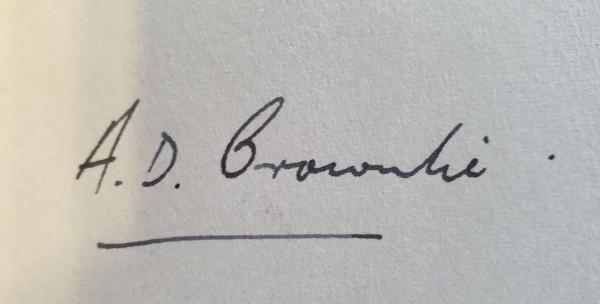 Prof. Brownlie was the Head of the Economics Department from 1965 to 1977, after which he became the Vice Chancellor of the University. His reputation as a lecturer and academic is the stuff of legends. He brought mathematical analysis to the forefront of economics at UC, and strove to invite the world’s best microeconomics specialists (such as Gerard Debreu and Joseph Stiglitz) to visit the department.

1982: Manning appointed as a Director of the Reserve Bank of NZ Professor R W Clower (Univ of South Carolina) visited as Erskine Fellow.

1984: Resignations of Rayner, Young and Layton. Appointment of K L Shea B Soc Sc (HK) MA PhD (Wash) as Senior lecturer. The Department ranked 127 worldwide and 34 amongst non-US departments in the Sept issue of the American. Econ Review for the period 1978 -83. Visit of Professor H R Varian (Univ of Michigan) as Erskine Fellow. 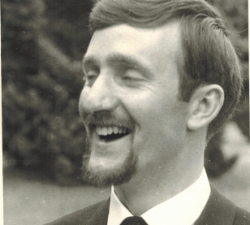 Richard Manning was a stand-out researcher, and much valued and influential teacher in the department for many years. He himself was a product of the department’s Masters program (class of 1966), and was first appointed as a lecturer in the department in 1972. After a short stint away overseas from 1974, he returned with an appointment as Professor in 1978. He put together an enviable resume of publications in microeconomic theory while serving in the department, including ground-breaking work on the theory of search. He left in 1986 to take up a position in the USA, but most unfortunately passed away only a year after that. 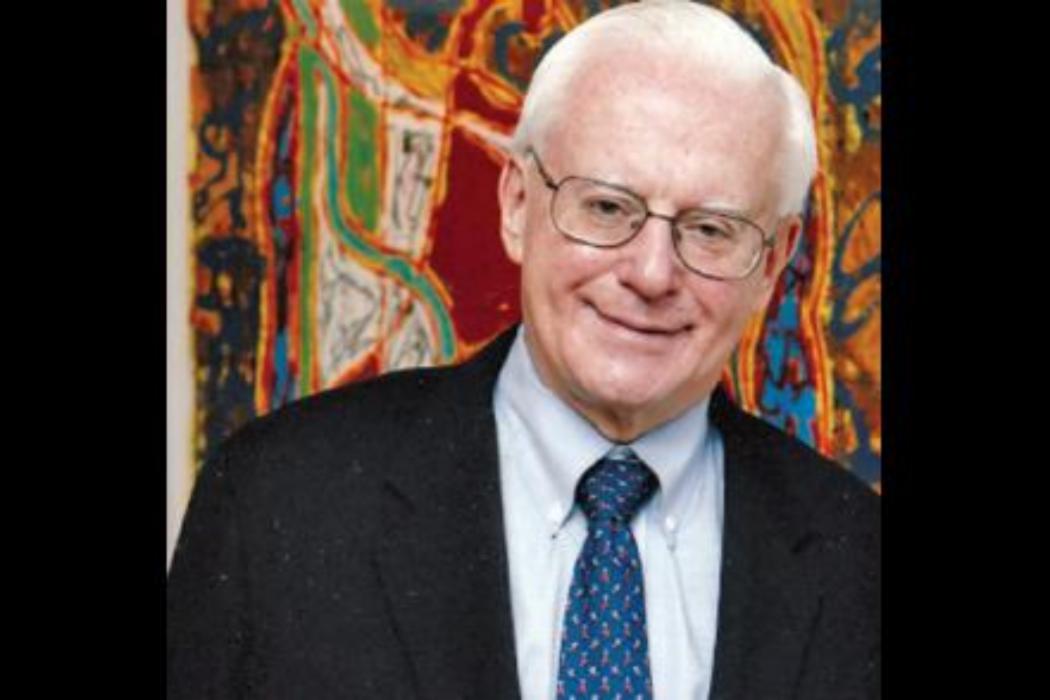 One of the foremost of US academic economists specialising in industrial organisation, microeconomics and econometrics. He was Professor at MIT (he passed away in 2019), and he won the John Bates Clark Medal in 1973 (prize given to the American economist under the age of 40 who has made a significant contribution to economic thought and knowledge). He was the PhD supervisor of a huge list of famous economists. Fisher visited in 1983. 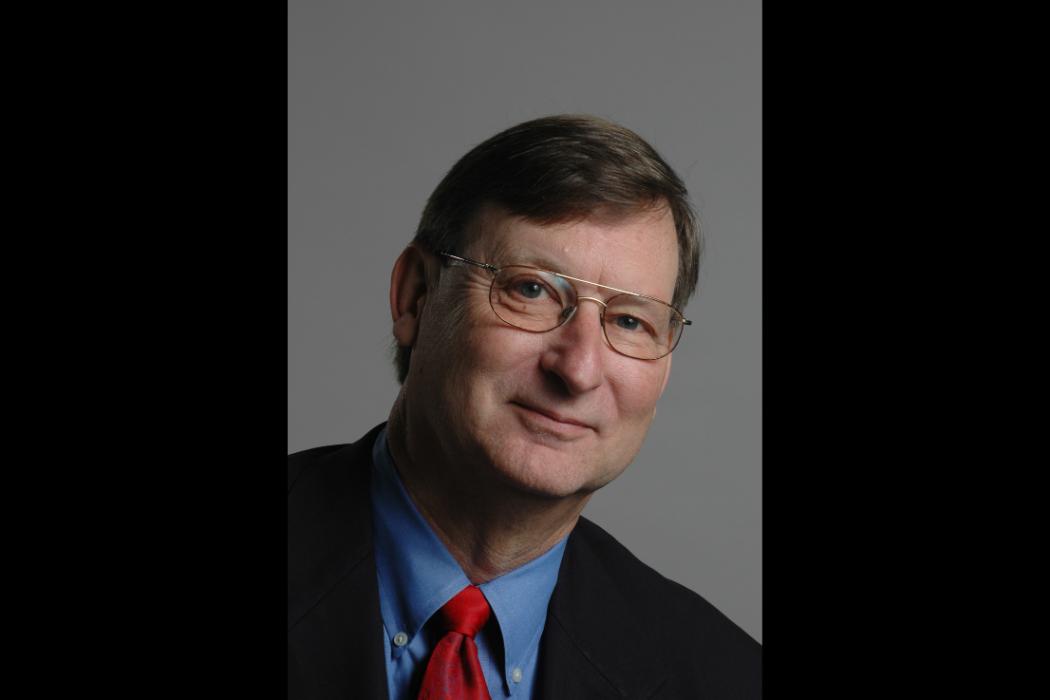 Varian is the author of some of the most well-known microeconomics text books in the world. He was the founding Dean of the School of Information at Berkeley, and since 2002 he is the Chief Economist at Google. He visited in 1984, and again in 2009 to deliver the Condliffe lecture. 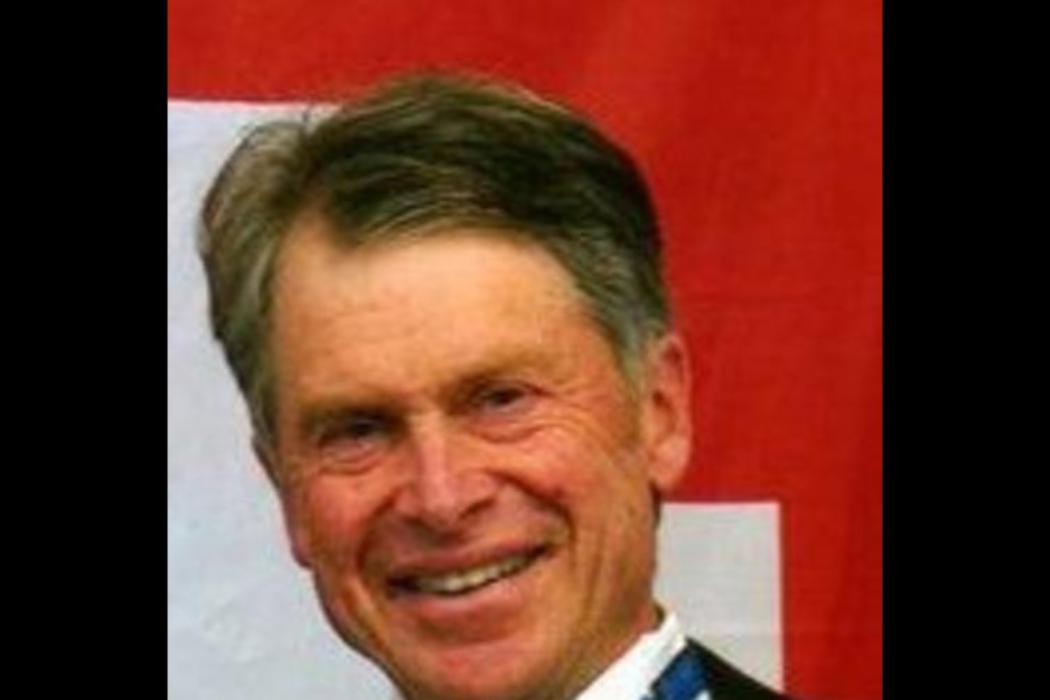 Riley is one of the world’s most famous academic authors on the topic of auctions. He is currently retired Emeritus Professor at UCLA. He was originally from Christchurch, and he was a graduate of the Department of Economics at Canterbury with a Masters degree in Economics in 1968. He visited in 1987. 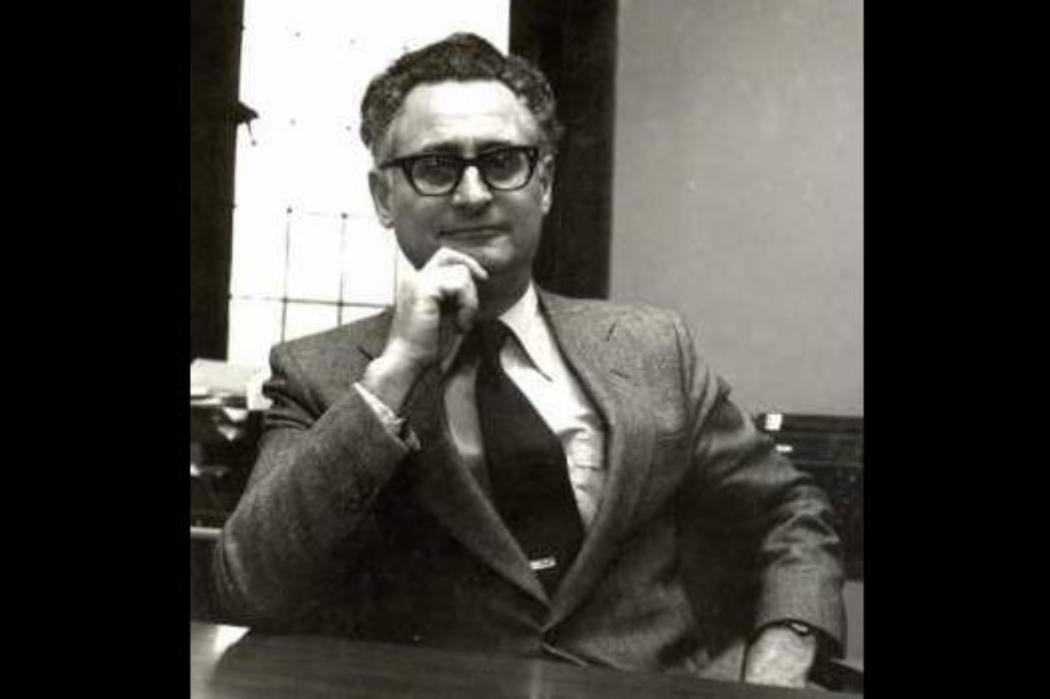 Zellner was a pioneer in the field of Bayesian analysis and econometric modelling. He spent most of his academic career at University of Chicago. He passed away in 2010 at the age of 83. 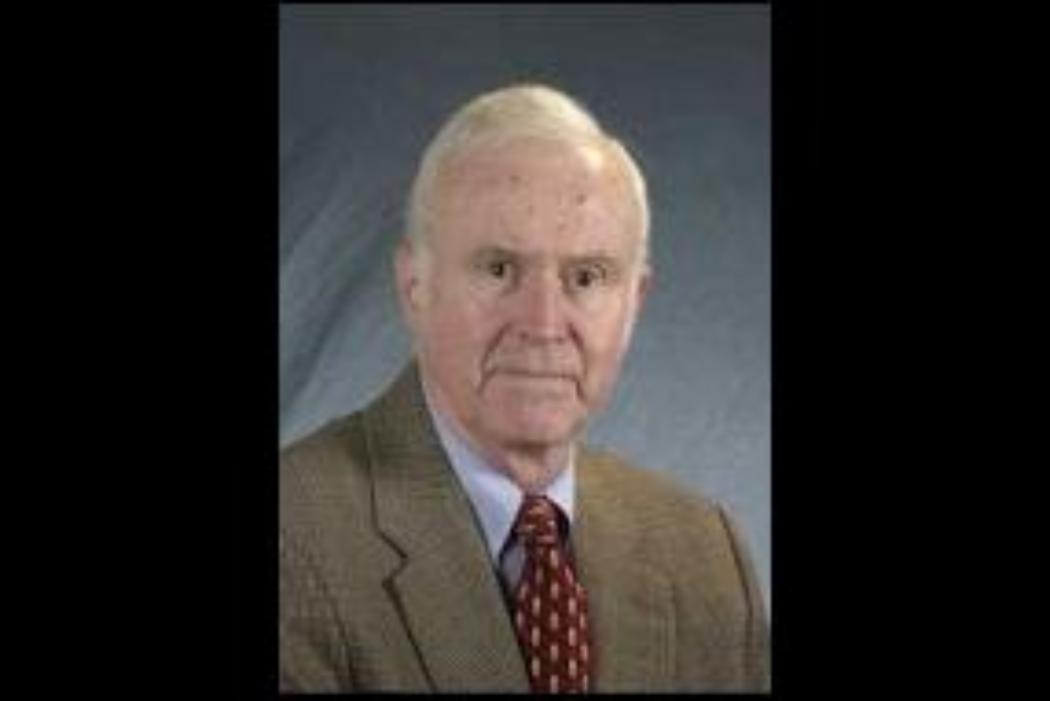 Foyen visited the Department in 1996. Froyen, who is a leading macroeconomics scholar, returned on two more occasions (2004 and 2014), and struck up a productive research agenda with Alfred Guender from the Department.

2004: Creation of colleges across the university. Economics becomes one of three departments in the College of Business and Economics. Eric Crampton appointed as Lecturer. McCosker leaves. 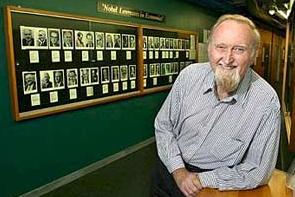 Clive Granger won the Nobel Prize in Economics in 2003 for his contributions to nonlinear time series analysis in econometrics. “Granger causality” is a concept that is used universally in econometric analysis. He was visiting the department on the very day that he was informed of being awarded the Nobel prize. Granger had his own office in the department, and visited regularly until his unfortunate passing in 2009. 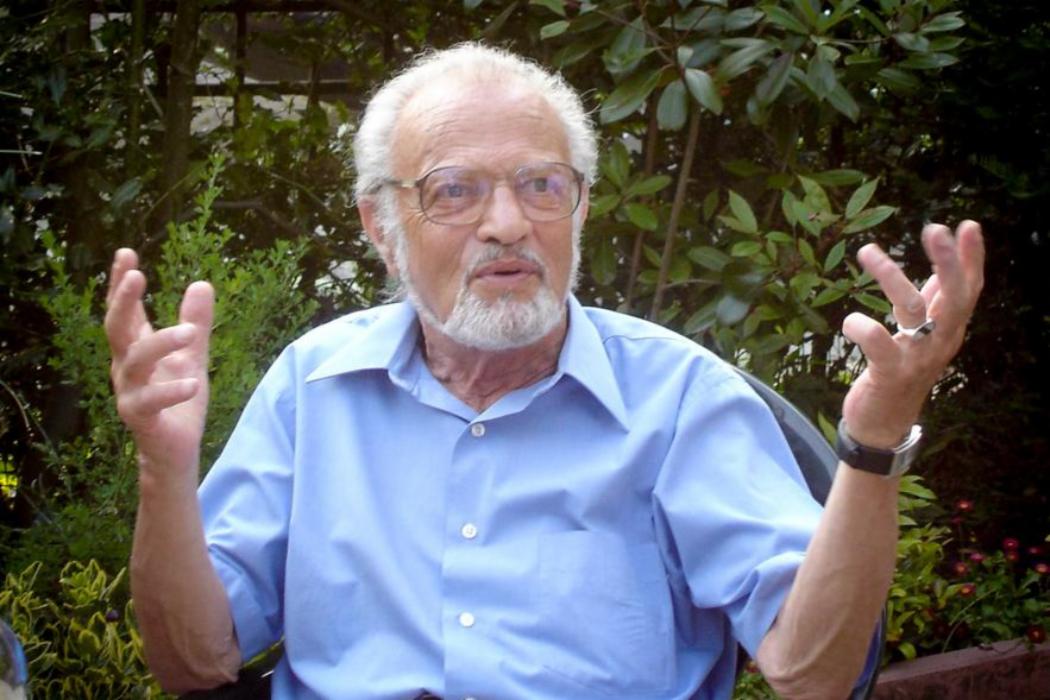 Blaug visited in 2007, when he also delivered the Condliffe lecture. An important contributor to economic history and economic thought, and the methodology of economics. 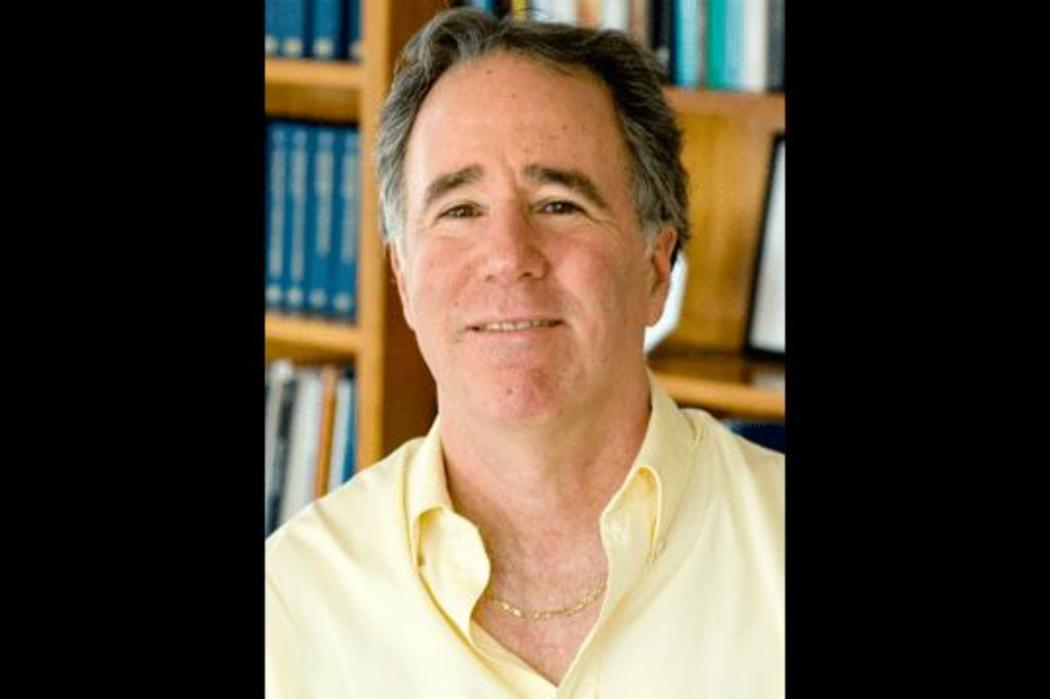 Grossman visited in 2006 to deliver the Condliffe Lecture. 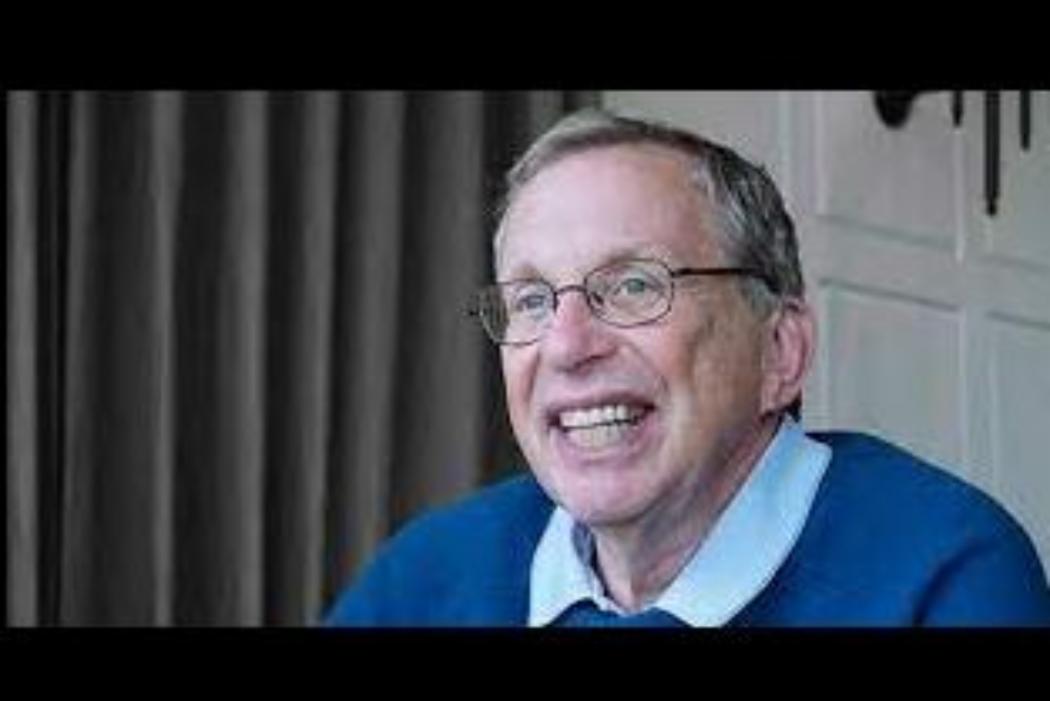 Jerry Hausman visited in 2005 to deliver the Condliffe Lecture. 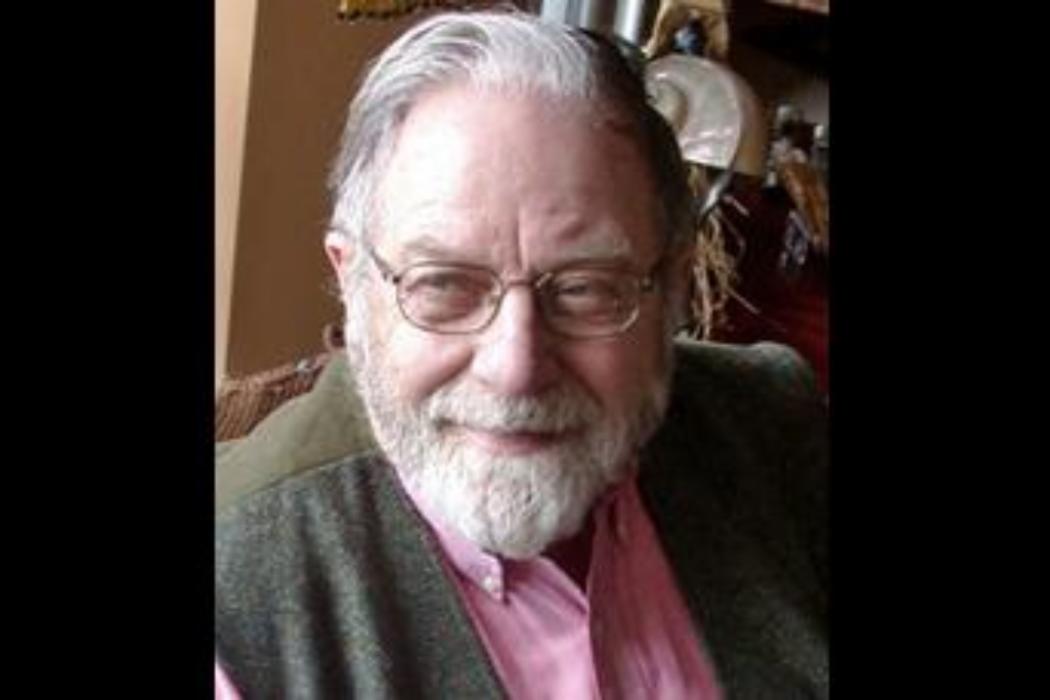 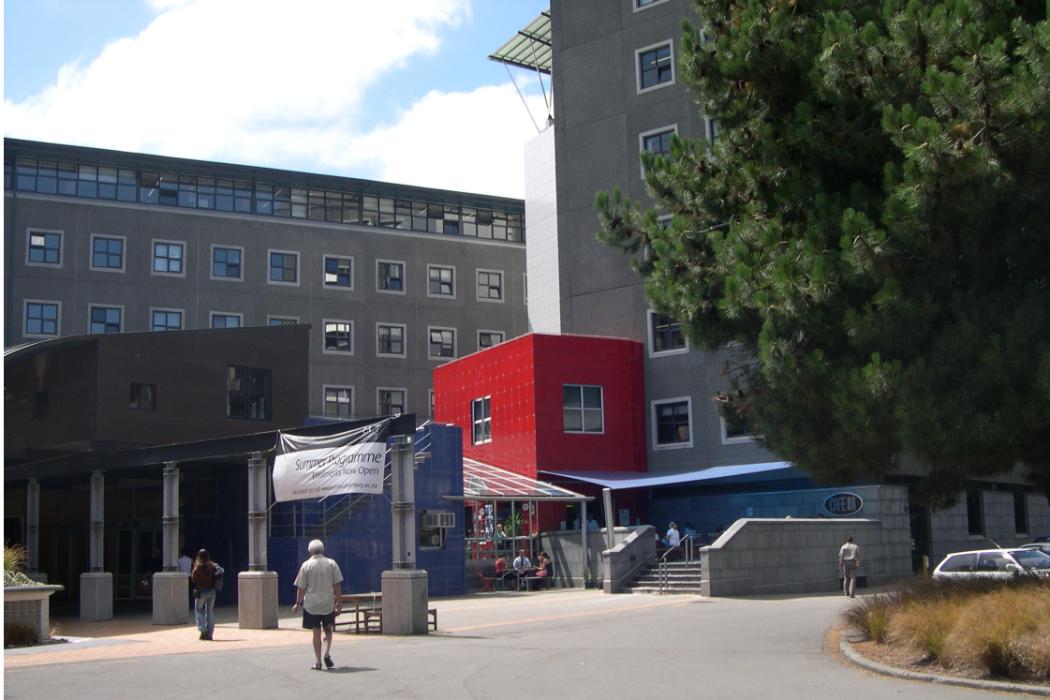 The building the Department was located in until the 2011 Earthquake. 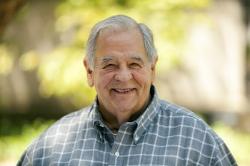 Charles Plott visited in 2010 to deliver the Condliffe lecture.

2011: Huong Dieu Dang appointed as Lecturer. Alan Woodfield retires. Department leaves the “Copper Top” building and sets up temporary offices on Ilam fields, as a result of the earthquakes. 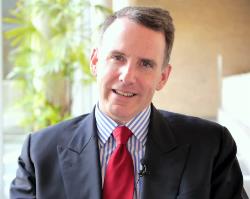 Edward Glaeser visited in 2013 to deliver the Condliffe Lecture.

2014: Robin Harrison retires. Jedrzej Bialkowski, Seamus Hogan, Maros Servatka promoted to Associate Professor. Following downturn in student enrolments worsened by 2010/2011 Canterbury earthquakes, a Department Review was struck, and three valued members of staff were made redundant. The Department introduces the Master of Applied Finance and Economics, a Business Economics major, and an internship programme for undergraduate students in their final year. 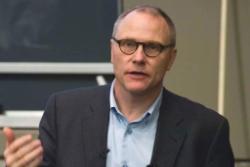 In 2014, David Card visited to deliver the Condliffe lecture. Card was awarded the Nobel prize in Economics in 2021.

2015: Eric Crampton, John Fountain, and Seamus Hogan leave due to Department review process. The Department is back on main campus, with offices on the 4th floor of the refurbished Law building, now named “Business and Law Building”.

2019: Appointments of Onur Koska as Senior Lecturer, and Moritz Wagner and Mona Yaghoubi as Lecturers. Prof. Glenn Boyle and Bill Rea retire. Richard Watt and Jedrzej Bialkowski promoted to Professor. Andrea Menclova is promoted to the rank of Associate Professor, thereby becoming the first female to reach that rank in the history of the department. 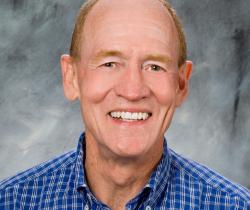 2021: Xiaopeng Wei appointed as Lecturer. Colleges are replaced by Faculties; the Department is one of three departments in the UC Business School/Faculty of Business.

Sir Frank Holmes Prize Winners
The Sir Frank Holmes prize is awarded annually to the best graduating economics student in New Zealand. Students from the UC Department of Economics and Finance have won this prestigious award in 5 of the last 6 years. 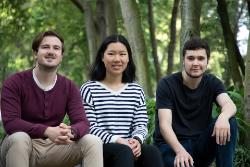