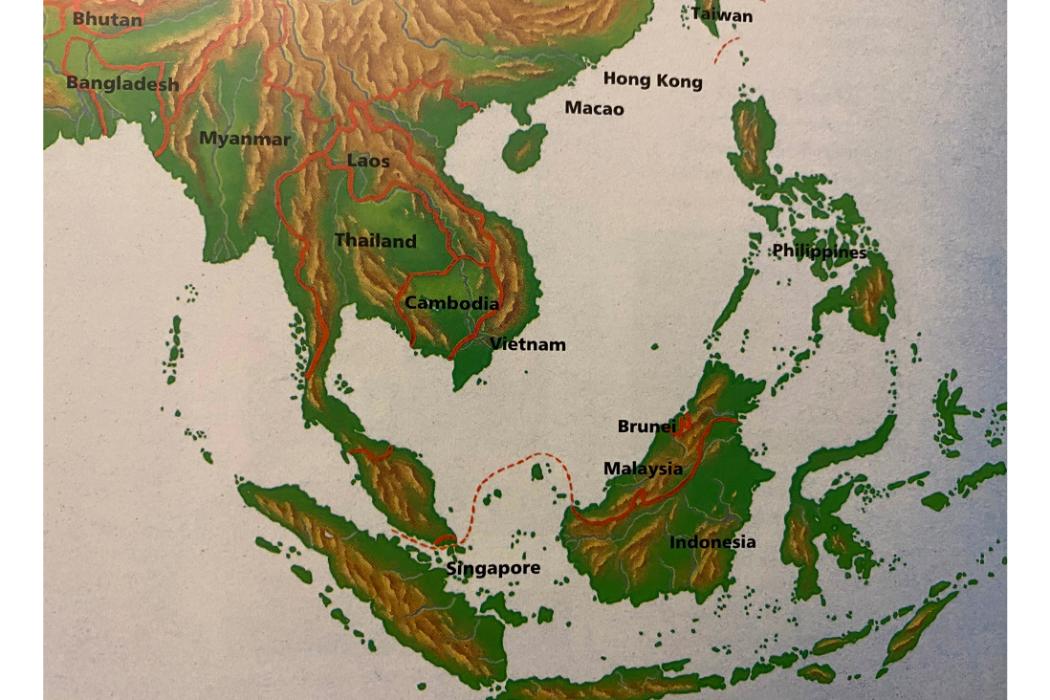 The latest SEARI events can be found here and on the UC events pages.

Brown bag seminar: The military and the monarchy in Thailand

In this seminar, presenter Jim Ockey discusses the relationship between the military and the monarchy in Thailand and the ways that relationship has changed over time, covering the period from 1932 to the present. We will also discuss the demands, the causes, and the potential consequences of the ongoing demonstrations in Thailand under the current regime.

A brief organisational meeting for SEARI will follow the seminar.

Webinar “New Zealand-Taiwan Relations in the Post-COVID Era”, 29 May 2020 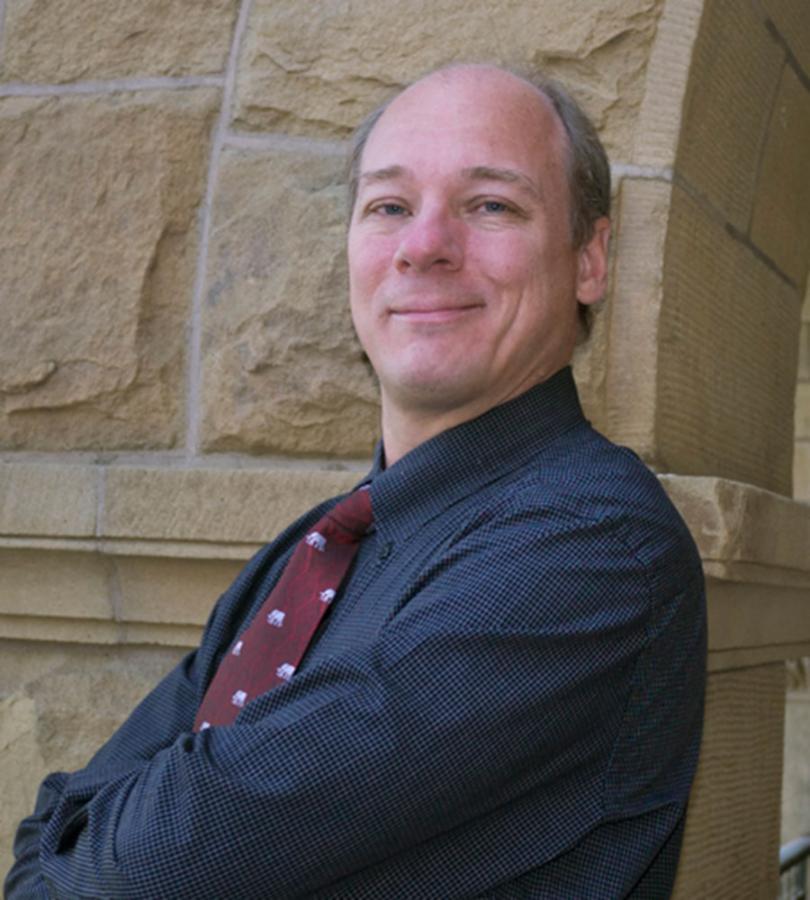 Associate Professor Jim Ockey teaches and does research on contemporary Southeast Asian politics, especially Thai politics. Most of his work is based on primary field research in Thailand, and he maintains a large database on Thai members of parliament. His current work focuses on local politics, political parties and elections, democratisation, and civil-military relations. He also has an on-going interest in nationalism, ethnicity, and identity. 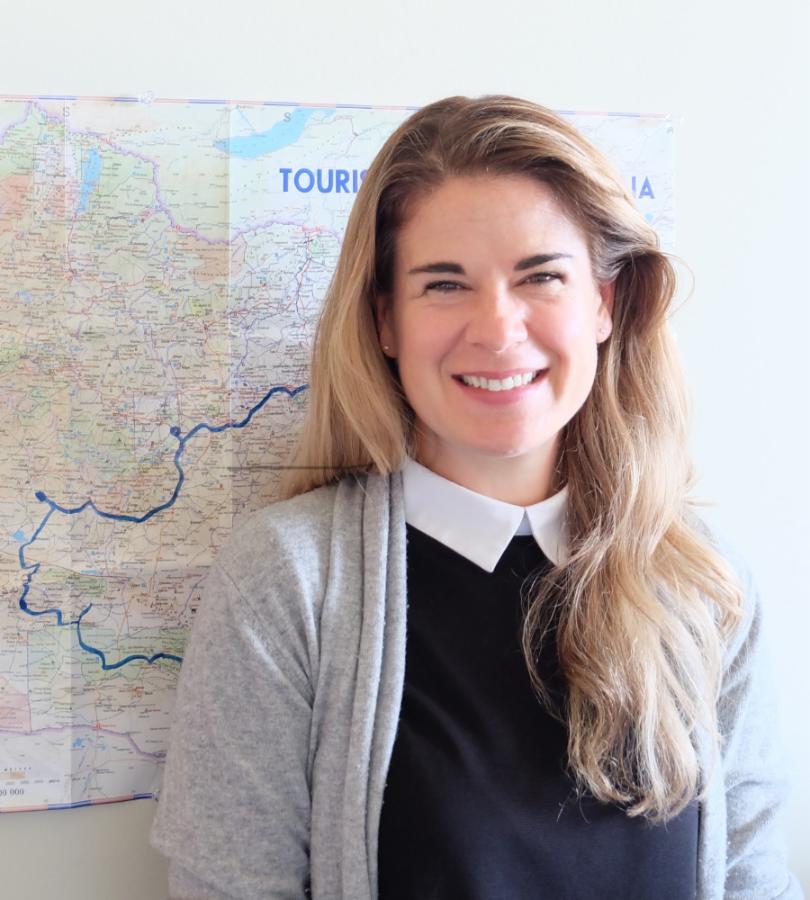 Dr Pascale Hatcher is senior lecturer in the Department of Political Science and International Relations at University of Canterbury. Her interest is on the political economy of mining in the Asia-Pacific region, notably the Philippines and Laos. Her work focusses on how global regulatory frameworks for the extractive industries are being conceptualised, implemented and contested in the developing world. 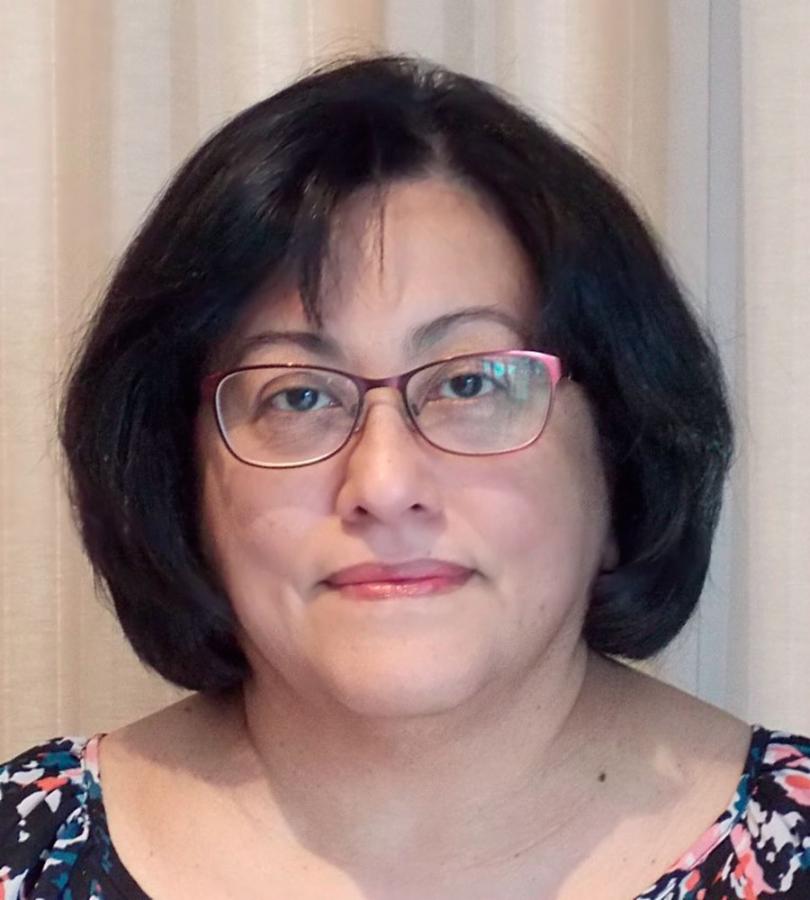 Dr Naimah Talib is adjunct senior fellow at the Department of Political Science and International Relations and Treasurer of the New Zealand Asian Studies Society. Her research interests are Southeast Asian politics, Islam and politics, religion and politics. 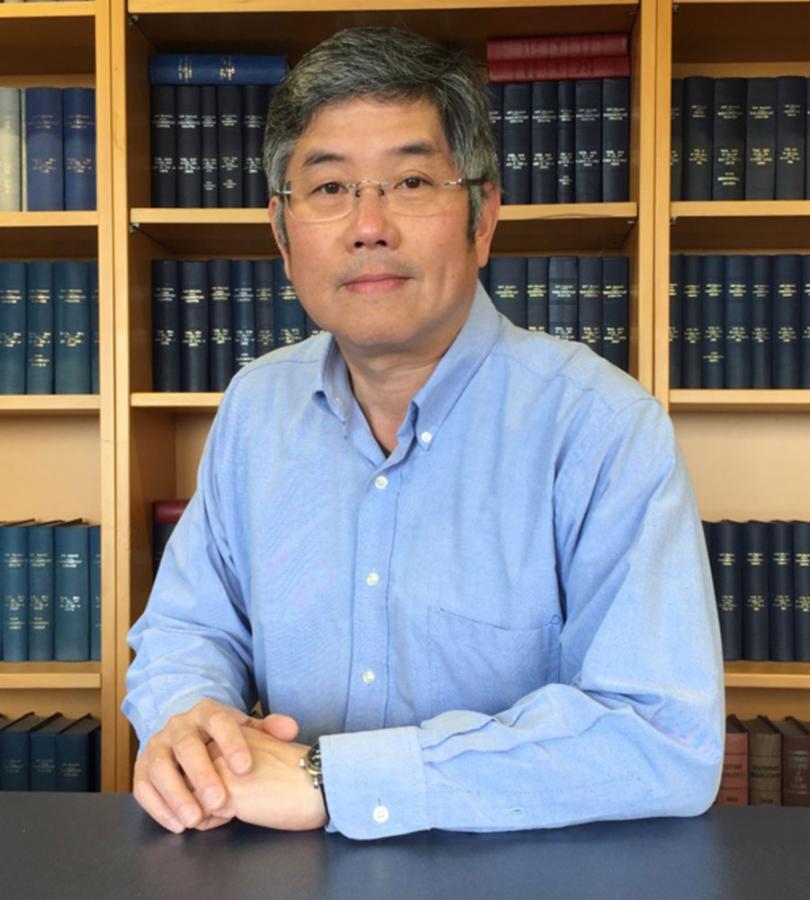 Professor Alex Tan teaches and does research on contemporary democracies, party politics, and political economy with a focus on East and Southeast Asia. 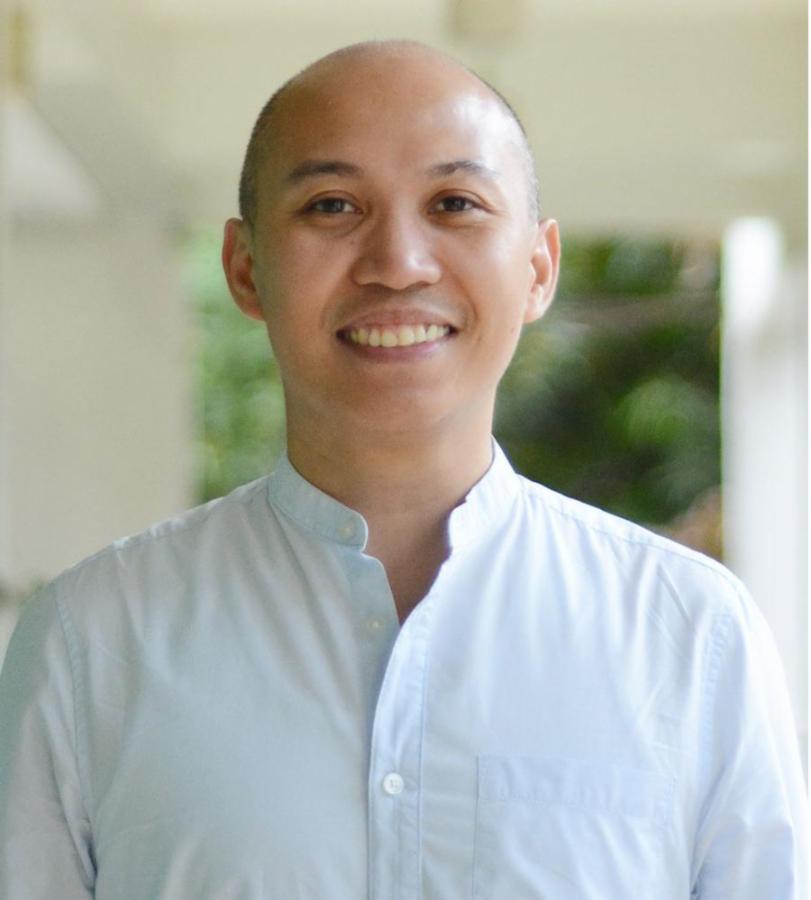 Juhn Chris P. Espia is Assistant Professor of Political Science at the University of the Philippines, Visayas.  He is currently a PhD student in the Department of Political Science and International Relations at the University of Canterbury where he is recipient of the New Zealand Aid Programme (NZAID) Scholarship. His research interests include public policy, elections, and foreign policy.

Farid Idris is a lecturer in the Department of Political Science, Yapis Papua University, Indonesia. He researches politics, with interest in political economy and public policy. His research includes politics of European Union in illegal fishing (2011), policy analysis of Indonesia’s mining sector (2013), and public sector analysis in special autonomy regions (2014-2015).

Suthikarn Meechan is an Assistant Professor at the College of Politics and Governance, Mahasarakham University, Thailand. Her publications and research projects focus on Thai local politics including political transformations in Lao PDR. Before taking up a lecturing post in 2005, she worked in the Thai Parliament as a Senator’s staff member.

Karl Patrick R. Mendoza completed his M.A. in Political Science from De La Salle University-Manila. Aside from political science, he has an undergraduate degree in consular and diplomatic affairs from De La Salle-College of Saint Benilde. He is currently pursuing his Ph.D. in Media and Communication at the University of Canterbury as a UC Doctoral Scholar. His research interests include media and cultural studies, science communication, health communication, political culture, and critical discourse analysis.

Khairu Sobandi is a lecturer of Department of Political Science at the University of Jenderal Soedirman (UNSOED), Indonesia. Currently, he is a PhD candidate of Department of Political Science at University of Canterbury (New Zealand). His working thesis is entitled, “Transformative journeys: Overseas Indonesian migrant workers and identity change”.

Orson Tan is a PhD candidate from the Department of Political Science and International Relations at the University of Canterbury where he researches on nationalism and identity politics. An experienced secondary school teacher in Singapore, he holds a Master’s in International Relations and Diplomacy from the University of Canterbury. Other areas of interest include political parties and elections, political systems and political economy of development, with a strong focus on Asia.

Pinsuda Wonganan is a lecturer in the School of Politics and Government at Chiang Mai University. She is currently a PhD Candidate in the Department of Political Science and International Relations at the University of Canterbury. Her research interests are comparative politics, candidate selection, and women in politics, in Thailand.

Pasit Wonggnamdee is a social science researcher who has worked in the Thailand Development Research Institute (TDRI) and the Faculty of Political Science, University of Ubonratchathani. His research interests largely centre around the roles of morality and mentality in politics, conflict, and violence. Other areas of interest include political culture, democratisation, nationalism, civic education, and good governance.

Vaccine Hesitancy and the Cultural Politics of Trust in the Dengvaxia Controversy:A Critical Discourse-Ethnographic Study of Online News Content, Producers, and Audiences

Vaccine hesitancy refers to the delay in acceptance or refusal of vaccination despite vaccine availability. At its very core lies the problem of trust. Yet, there is very little research on the role of trust in vaccine hesitancy particularly with respect to its cultural-ideological dimensions. The aim of this thesis is to describe and explore how the online news discourse on the Dengvaxia vaccine controversy legitimizes a particular trust culture in Philippine society. For this purpose, it adopts the general theory of trust propounded by Piotr Sztompka and links it to the study of news media using critical discourse analysis. By doing so, the thesis demonstrates that the power of a trust culture lies precisely in being hidden and shared, which, if left unchallenged, may lead to a vicious cycle of particularized trust granting and trust reciprocating in society. The generalization of personality-based trust in society is not only inimical to public health but also to democracy.

The political interaction within a policy process is a crucial point in policy analysis, as this stage would direct a public policy. This study use the policy process around MIFEE program in Papua as a case study. It seeks to answer two questions; how the framing of food security issue has influenced the formulation process of MIFEE? And how the interaction among political actors has led to implement this project in Papua. These questions are important to find out how policy actors influence the process to change its course to accommodate their agenda. This study is centralized on actors, and it applies the Governance Analytical Framework to arrange the analysis within five aspects; problem, norms, actors, nodal points and process. This study found that the actors has influenced the policy process of MIFEE at the context of political governance to fit their interest. This study also proves that GAF is a proper analytical tool to examine the politics in a policy process.

The politics of candidate selection in Thai Local Administrative Organisations

Candidate selection in academia has received increasing attention since the 1960s and in the recent decade, it has determined the character of parliament and the resulting nature of the democratic system. However, much of the existing literature has mainly focused on established democracies. Less attention has been paid to the candidate selection process in developing democracies. Thailand hitherto has no primary elections nor formal party involvement in local elections. This raises questions of who plays the critical role in selecting local electoral candidates and whether the gatekeeping process is the cause of an under-representation of women in local and national politics. This study seeks to fill the literature gap in the candidate selection system and propose possible measures for a more open and transparent candidate selection process in Thai local elections.

The Philippines is one of the most disaster-prone countries in the world and has a long history of contested state-civil society relations. My PhD thesis examines state-civil society dynamics in the context of disaster risk management policymaking in the Philippines and how civil society engagement with the state shapes policymaking outcomes in this policy area.  The research project aims to theorize the on-going process of negotiation and competition between state and civil society actors to continuously redefine what I consider as porous and inter-permeable boundaries between state and societal domains. It will also look at the interplay between institutions, political agency, and exogenous factors in the policymaking process.  By taking the view that policymaking is inherently “messy”, non-linear, and embedded in history and the local context, the thesis aims to provide a more nuanced understanding of the role of institutions in policymaking and the dynamics of claims-making between policy actors.

This study examines the nature of local power and political networks under transitioning Thai politics after the military coup in 2006. As a regional case study, the Northeast is a strong power base for certain political parties and a source of significant resistance to the Junta. This study examines political activities at local levels, whereby prominent actors create networks and interact through the applied model of local clientelistic cluster networks. Significant aspects of local networks as color-coded conflicts, policy implementation, and local government budgeting, including local and general elections, are explained and discussed. The outcomes of this study will help specify the forms of clientelism embedded in Thai politics today, as well as present the scenarios of power mapping in Northeast Thailand under the new regime.

Local Governance and Conflict Resolution in the Philippines

The study of conflict resolution has been overtly focused on the role of international actors like international organizations, superpowers, and neighbouring states. The “local turn” in the literature aimed to correct this by including the study of the roles of communities and local peacebuilders. These have focused on the importance of local knowledge and local ownership. What is missing in these bodies of research is the role of local governments. The study looks at four exemplary cases in two provinces in the Philippines. These cases have been recognized as being able to put a dent, within their respective jurisdictions, on the fifty-year communist insurgency in the Philippines. It is argued that their roles are crucial in resolving armed conflicts. Moreover, in order to sustain gains of the national government against insurgencies, local governments must be mobilized. Insights from this research could be applied in other contexts including hotspots in Southeast Asia and beyond.

International migration in the era of globalization poses various challenges to the formation of identity.  However, the various impacts of overseas migration have been mostly analyzed from the point of view of a state’s economy and development. Yet international migration is not merely about financial gain.  Indeed, financial gain is an important benefits of temporary labor migration, however, it should also be recognized its transformative potential of this overseas labor migration for the migrants and the community around them in the country of origin. Thus, my research aimed at enhancing our understanding of the impact of overseas work experiences on the lives of temporary migrants and on their home communities especially on their identity.

The Different Ways of Being Chinese: A Comparative Study of Resilience, Identity and the issue of Sovereignty for Chinese Youth of Taiwan, Singapore, Malaysia, Indonesia and the Philippines.

The consequences of China’s rise to a hegemonic power has been put firmly into the spotlight by events like the US-China trade war, and more recently, the narrative around the Covid-19 pandemic. This rise as a major power has also been paralleled by China’s politicisation of the Chinese identity, which has seen signs of pushback, especially from overseas Chinese youth. From the protest in Hong Kong to rising xenophobia in Singapore, and the politicisation of relations with China in Taiwan, we have witnessed a growing rejection of China’s attempts to assimilate the Chinese identity into its nationalist message . This study seeks to answer the question of why the Chinese youth in Taiwan, Singapore, Malaysia, Indonesia and the Philippines seem more resilient to China’s ethnonationalist-centric identity politics. In particular, this study seeks to examine the relationship between the construction of a national identity and the conceptualisation of sovereignty in making developing such resilience.

The Militarisation of Thai Society After the 2014 Coup