University of Canterbury will be celebrating 50 years of postgraduate journalism in September.

Join us in Christchurch on Saturday 7 September for a cocktail event. Our guest speaker will be UC Journalism alumni and well-known New Zealand broadcaster Kim Hill. 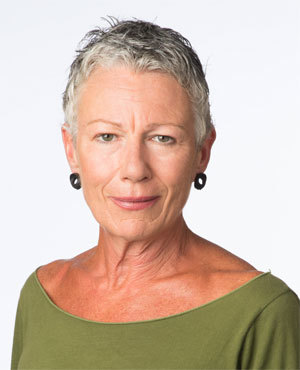 Make a weekend of the reunion with your Grad. Dip. J classmates and tutors. See the event page for full details.

History of the programme

Journalism was first taught at Canterbury from about 1910 but petered out in the early 1950s. It returned in 1969 with the launch of the Graduate Diploma in Journalism, a class of 14, an experienced British journalist named Val Williams and a young law lecturer named John Burrows, press-ganged into teaching media law.

In its early years the course was criticised for not preparing its students for the realities of the workplace. The arrival of a former Times correspondent Brian Priestley in 1975 took the course in a new direction with much greater attention to the basics of news reporting and a close relationship with suburban newspapers in Christchurch. Priestley became a household name with his weekly critique of the media on television's the Fourth Estate, while John Burrows, went on to become a much-respected professor, who made media law one of his specialist areas.

Jim Tully, who was a student in the class of 1969, built on that early legacy over 25years. In 2011 he received the award for outstanding achievement at the Canon media awards. The citation read: “For 25 years. Jim has inspired and shaped the careers of many of the country’s leading journalists and editors.” Tara Ross (class of ’97) took the helm in 2013 teaching alongside former broadcaster Jo Malcolm (class of ’87) and UC Law Professor Ursula Cheer.

Now, after 50 years, the Postgraduate Diploma will morph into a new journalism programme offered jointly as a graduate diploma and an undergraduate major in the University of Canterbury’s new Bachelor of Communication degree.

Pictures of classes, teachers and graduates from the UC Journalism programme.