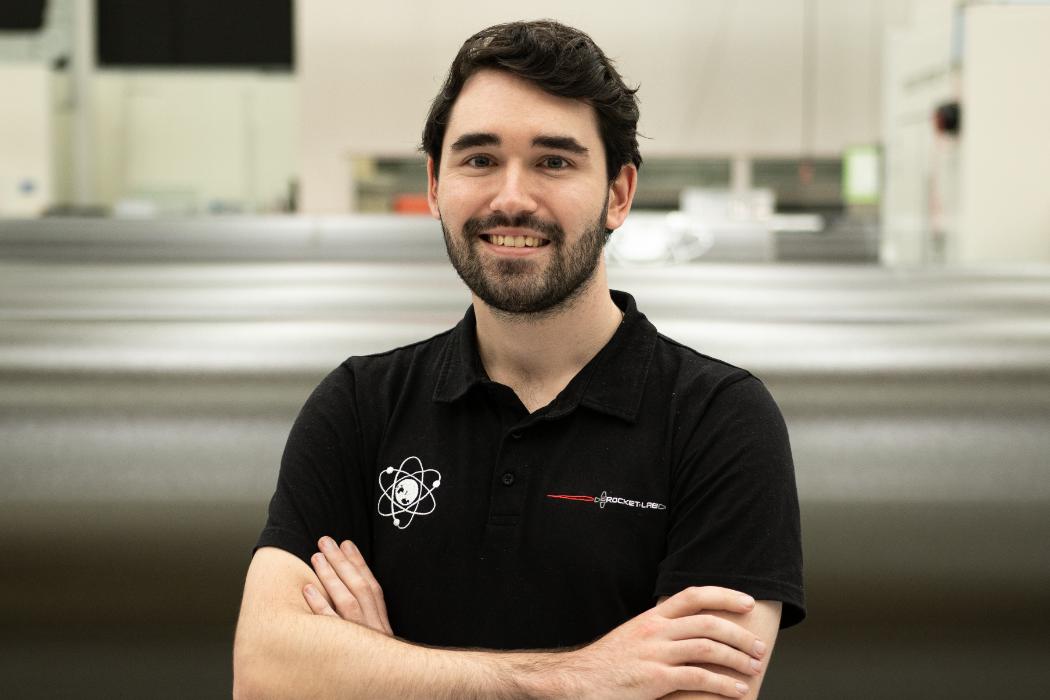 You decided to move to Christchurch to study at UC – what was the motivation behind that?

There were plenty of reasons for me to move to Christchurch! I had already decided that I wanted to pursue Mechatronics Engineering and I had heard that UC was the leading university in NZ for the course, which I firmly believe.

Alongside selecting a university, as much as I love my family, I was ready to leave home and Christchurch seemed like a wonderful option. It had a good reputation as a fun student town, skiing and rock climbing were at your doorstep, and had a nice range of halls and flats!

Is it true you founded the UC Robotics club while you were studying here?

I was one of the co-founders of the club, along with Alex Boyd and Alex Towse. We all had come from high schools with our own robotics clubs and were determined to get a club started at UC to bring some competition to the university level in NZ, considering only the University of Auckland had a team at the time.

We founded the club on the idea that we would both create an environment at UC for students to develop their skills in VEX robotics, along with providing a mentoring and volunteering team for all the high school teams in Christchurch. The club was able to secure the UC College of Engineering as a sponsor and are forever grateful for the support we received when starting up, to be able to provide an avenue to demonstrate aspects of engineering to high school students.

Can you tell us about your path to Rocket Lab? You interned with them over Summer, right?

I remember learning about Rocket Lab as a 16-year-old in high school and deciding right then that it would be where I wanted to work. Growing up I had the same childlike fascination with space that I’m sure most others had, from the rockets that took astronauts into orbit, to the variety of science missions that have explored other planets and provided so much valuable knowledge.

Because of my interest in robotics during high school, I had already decided that I would study mechatronics engineering, which was lucky for me as it also provided a suitable avenue for developing the knowledge and skills required for a job at Rocket Lab! Through my studies, I continued to focus on my goal and was incredibly lucky to apply and get an offer for an internship in my third year for a propulsion operations intern position. This was such an exciting internship, working at Rocket Lab’s engine testing site to assist in both software and hardware projects, and it absolutely got me hooked into wanting to pursue working there full-time after studying.

Around the time of my final year exams, I started applying for suitable graduate positions at Rocket Lab, although I wasn’t having much luck finding many relevant positions at the time. I continued to persist with all my eggs in one basket until early January when I figured I should probably consider a backup option if things didn’t go as I hoped. I applied to study a Masters of Aerospace Engineering at McGill University in Canada and started to pack up my life while continuing to look for a suitable job application on the Rocket Lab website.

Fast forward to the end of January, I’d had a couple of interviews but nothing further, so I booked a one-way ticket to Canada after arranging for the Master's program, planned for Wednesday March 4th. On Monday March 2nd, I received a call for a job application that I was rather hopeful on, and we scheduled an interview the next morning, which I mentioned was the day before leaving for Canada for “a holiday”. The interview went well and a team interview was arranged for the next morning, of which I’d stop by on my way to the airport. With all my belongings packed away, waiting at the airport gate for my flight, I received a phone call and was offered the dream job!

I did end up going to Canada still to see my family there however, I returned a few weeks later, ready for whatever Rocket Lab had in-store for me!

As part of your work with them, you are a Space Ambassador! You probably couldn’t find a cooler job title – what’s that role about?

It’s a super cool title for an awesome output! I’ve been selected and trained as a 2021 Rocket Lab Space Ambassador to visit schools and educate and inspire future generations into a career in STEM and aerospace. As a Rocket Lab Space Ambassador, I get to visit students aged 5 – 25 in schools/universities and teach them about rockets, satellites, the aerospace industry in New Zealand, and career pathways into STEM and Rocket Lab.

Being part of this ambassador group has a direct impact on the rangatahi (future generation) of New Zealand by equipping them with knowledge about the industry and inspiring them to be part of it – no matter what skill set they have.

This title is secondary to my primary position at Rocket Lab which is a HITL (Hardware-in-the-Loop) Engineer of which I help perform launch simulations, develop hardware and software testing equipment, improve software integration systems, and support qualification of space flight hardware. On top of this, I also perform stack and launch operations which means I get to sit in Mission Control from time to time and assist directly in the engine testing or launching of rockets into orbit!

What advice would you give for students hoping to take a similar path as you and work for a company like Rocket Lab?

If I were to give some advice to any students who have similar goals and aspirations, I’d say that dream jobs aren’t some scary and distant target that you’ll never achieve, they’re absolutely achievable with the right amount of determination and drive.

I was lucky to have the internship opportunity at Rocket Lab, however, I still had multiple months after graduating where I focussed only on that one goal and persisted. If you have a goal in life that you consider worthwhile enough, you’ll find a way to make it happen.